Serena Williams knows what it's like to be the one weeping after a loss. 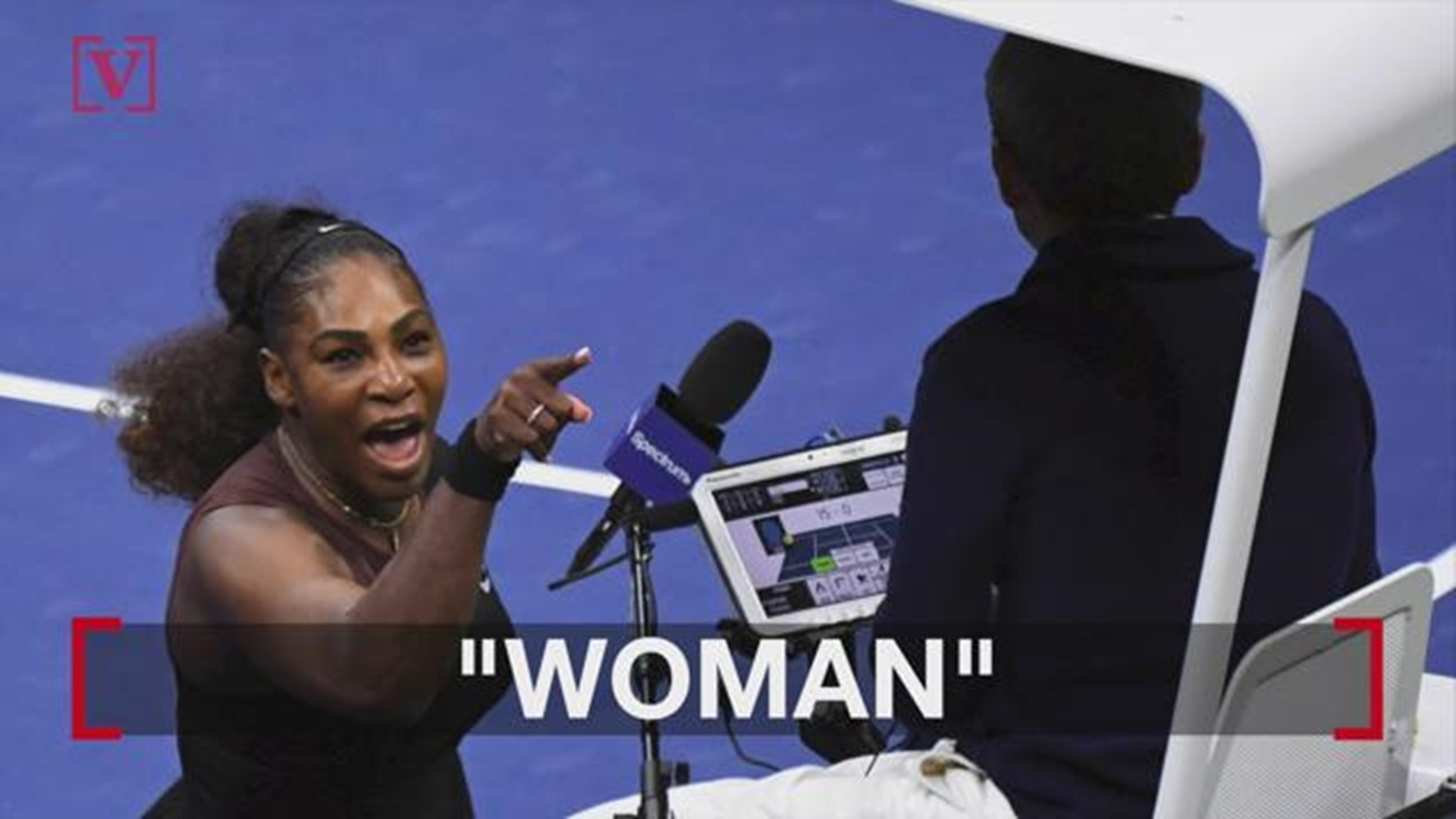 It was all a bit overwhelming for the latest opponent who could do nothing to slow Serena Williams at the Australian Open. So Dayana Yastremska, an 18-year-old from Ukraine, found herself wiping away tears as she walked to the net.

Williams knows what it's like to be the one weeping after a loss. She put her right hand on Yastremska's shoulder and consoled her by saying, "You're so young. You did amazing. Don't cry." Then they embraced, and Williams patted Yastremska on the back.

"I could tell she was quite upset. I kind of liked that. It shows she wasn't just there to play a good match — she was there to win. She wanted to win. That really broke my heart," Williams said. "I think she's a good talent. It's good to see that attitude."

Credit: JEWEL SAMAD/AFP/Getty Images
Serena Williams of the US (L) speaks with Ukraine's Dayana Yastremska after winning their women's singles match on day six of the Australian Open tennis tournament in Melbourne on January 19, 2019.

Maybe she will be tested in the fourth round, because no one has come close to making her work too hard so far, including the 6-2, 6-1 victory on Saturday.

Next up, though, is a far more accomplished player, No. 1-ranked Simona Halep, who took control by reeling off six consecutive games in one stretch and advanced by beating Williams' sister, Venus, 6-2, 6-3.

After two tough three-set tussles, Halep had a much easier time of things, making only 12 unforced errors while Venus had 33. Halep played with her left thigh taped, but moved around the court well.

"She played pretty flawless," said Venus, who exits before the fourth round at a fifth consecutive Grand Slam tournament.

Looking ahead, Halep said: "It's going to be a bigger challenge. I am ready to face it."

She's lost eight of her past nine matches against Serena.

Not only has Serena won every set she played this week — and 20 in a row at Melbourne Park, dating to the start of her 2017 run to the title (she sat out last year's tournament after having a baby) — but Williams has ceded a total of only nine games through three victories.

Credit: Chris Hyde/Getty Images
Serena Williams of the United States plays a backhand in her third round match against Dayana Yastremska of Ukraine during day six of the 2019 Australian Open at Melbourne Park on January 19, 2019 in Melbourne, Australia.

Unlike any of Serena's foes until now, Halep has won a major title, last year's French Open. She's been to three other Grand Slam finals, including a year ago at the Australian Open.

That resume pales in comparison to Serena's, of course.

She is bidding for an eighth trophy at the Australian Open and record-tying 24th Grand Slam title in all.

As for the prospect of playing the Williams sisters in back-to-back matches, Halep called it "the toughest draw I've ever had."

"I just want to try to play my best tennis," Halep said, "because I have nothing to lose."

Men's matchups Monday with a quarterfinal berth at stake will be: No. 1 Novak Djokovic against No. 15 Daniil Medvedev; No. 4 Alexander Zverev against 2016 Wimbledon finalist Milos Raonic; 2014 U.S. Open finalist Kei Nishikori against No. 23 Pablo Carreno-Busta; and No. 11 Borna Coric against No. 28 Lucas Pouille or Australian wild-card entry Alexei Popyrin.

Serena complimented Yastremska in the locker room after their match.

"She said, like, 'You're young, you're very good and you will be a good player in the future.' It's nice to hear those words from a legend," said the 57th-ranked Yastremska, who eliminated 2011 U.S. Open champion Sam Stosur in the first round and 23rd-seeded Carla Suarez Navarro in the second.

"If she thinks so," Yastremska added about Williams, "then maybe that's true."

Williams grabbed a pair of service breaks and a 4-0 lead after less than 15 minutes and was well on her way to yet another easy-looking win.

Right from the start, Yastremska appeared a bit jittery, missing 9 of 10 first serves and double-faulting three times while getting broken in each of her opening two service games. By the end of the first set, the teenager had 13 unforced errors, nine more than Serena.

It didn't get much better in the second set, and Serena wound up with eight aces while facing zero break points, and a 20-13 ratio of winners to unforced errors.

Yastremska was born in 2000, the year after Serena won her initial major, and grew up cheering for someone she calls "a legend." Yastremska recalls swinging her racket in the living room at home while watching on TV at age 8 as her favorite player competed.

Surely, everything felt a tad different up-close-and-personal with the 37-year-old American in Rod Laver Arena.

What separates Williams from other top players?

"Everything. Small details. Her discipline. Her quality of the shots. How (committed) she is to every ball," Yastremska said. "She (is) completely different. I don't know how to describe that. It's just there's something special. What I'm trying to do is to go to the level that people are going to talk about me the same, that I have something special."