First planet with three suns may have been discovered

A wobbly ring of dust around a triple solar system 1,300 light-years away may have helped astronomers find a rare planet. 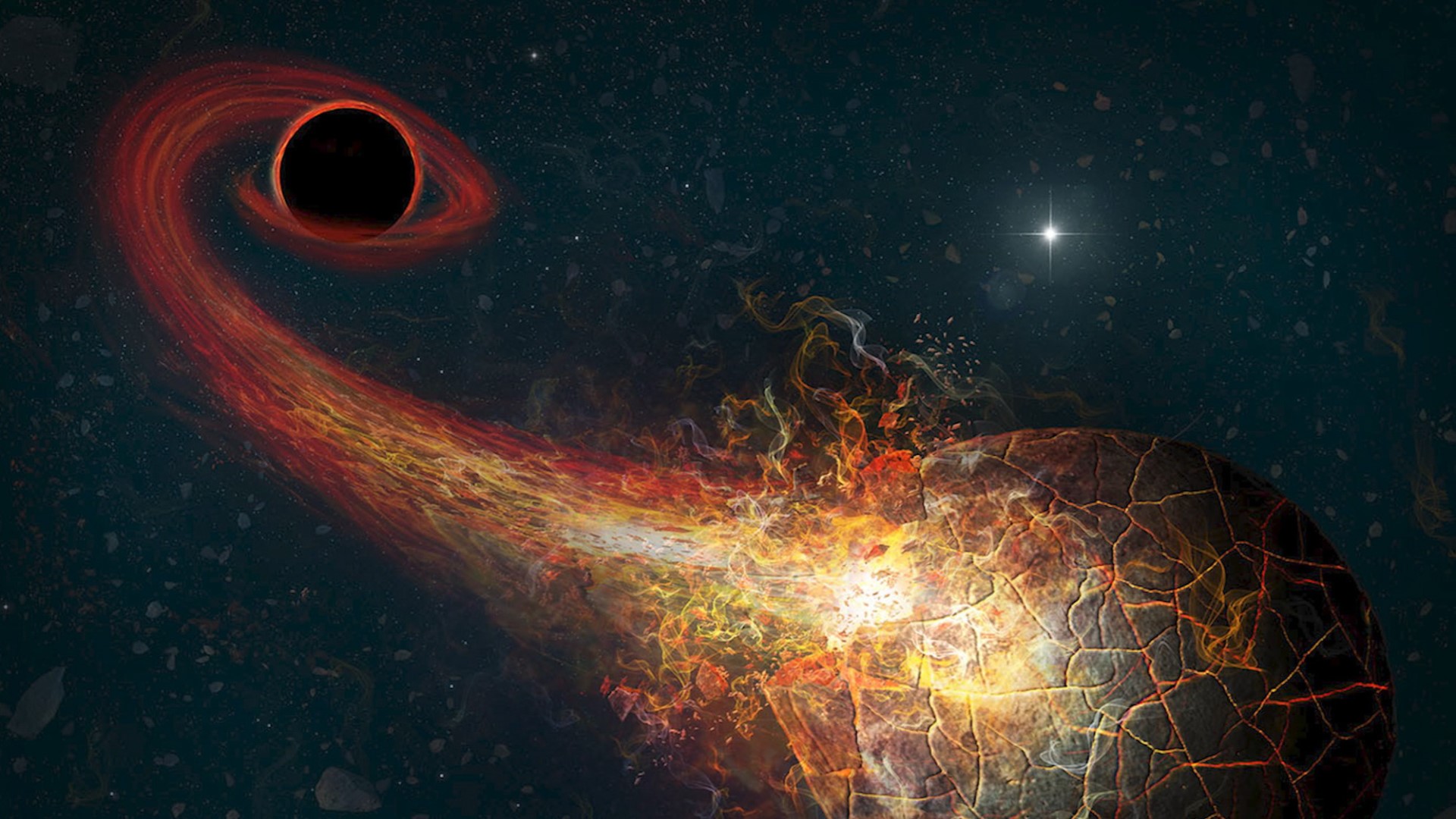 Forget about Luke Skywalker's fictional "Star Wars" home planet Tatooine and its two suns. Astronomers say they may have found the first known planet that's caught up in the orbits of three different stars.

The rare triple-star solar system GW Orionis is 1,300 light-years from Earth in the constellation Orion. Imagine two suns orbiting around each other in an interstellar dance. Now, imagine a third star circling both of them about 1.2 billion miles away.

It was three bright rings around the system that helped astronomers at the Atacama Large Millimeter/submillimeter Array (ALMA) in northern Chile discover the phenomenon.

The inner ring is what caught astronomers' attention. It was misaligned compared to the two outer rings and the three stars, according to a statement by the National Radio Astronomy Observatory. If you were to look at the rings from their edge, the inner one would appear to be on a different plane than the outer two.

Credit: Kraus et al., 2020; NRAO/AUI/NSF
Representation of the disc structure and stellar orbit of the GW Orionis triple system, as derived from the ALMA and VLT observations by Kraus et al. Orange rings are the (misaligned) rings seen by ALMA. The transparent surfaces correspond to the lower-density dust filaments that connect the rings and that dominate the emission in scattered light.

RELATED: This orange swirl is your first look ever at the formation of a baby planet

Astronomers in two separate studies looked at this and discovered that not only was that ring misaligned, so were the stars it surrounded.

There are a couple of theories as to what makes for this misalignment, one of which is the formation of a planet.

“We think that the presence of a planet between these rings is needed to explain why the disk was torn apart,” said Nienke van der Marel of the University of Victoria. “This planet has likely carved a dust gap and broken the disk at the location of the current inner and outer rings."

Stefan Kraus from the University of Exeter speculates the inner ring has enough dust to build 30 Earths, which he says is sufficient to form a planet within the ring.

Future studies will have to determine for certain what is happening in the unusual system.

Credit: NRAO/AUI/NSF, IAU, Sky & Telescope
This chart shows the location of the triple system GW Orionis in the constellation of Orion (The Hunter). The map includes most of the stars visible to the unaided eye under good conditions, and the location of GW Orionis is indicated by a red dot.