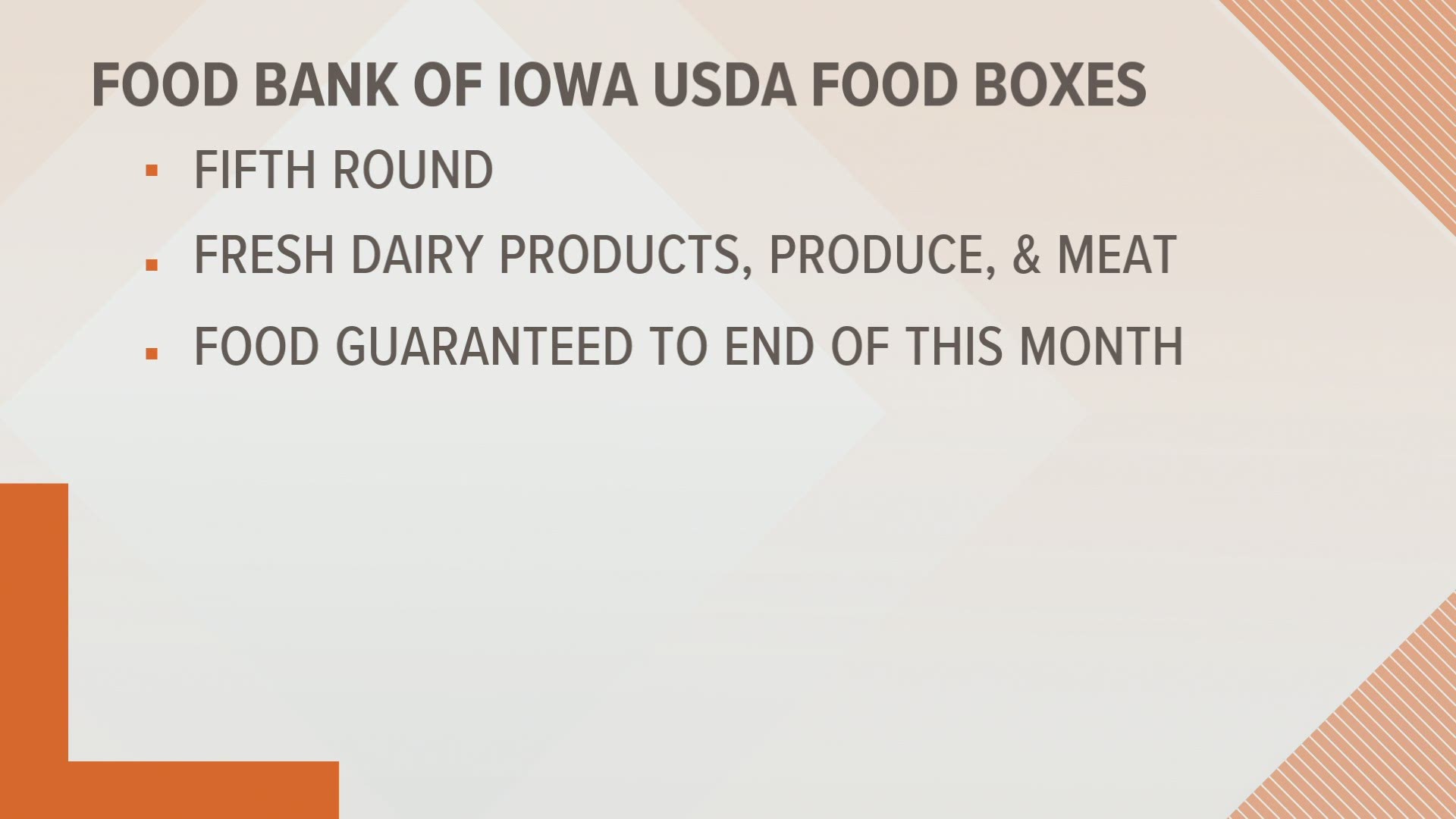 DES MOINES, Iowa — As the Biden administration sets up shop, many policies initiated by its hard-right predecessor are being targeted for extinction. But agricultural groups and anti-hunger organizations are fighting to keep one they've come to depend on, which channels food that might otherwise be plowed under to people reeling under the coronavirus pandemic.

The U.S. Department of Agriculture began the Farmers to Families Food Box program last April after many people were shocked to see farmers destroy crops because restaurants and institutions abruptly canceled orders due to the virus even as food banks were crushed by demand from people suddenly out of work.

The USDA hurriedly paid roughly $3 billion to contractors who within weeks worked with food banks to begin handing out boxes filled with 20 pounds of produce to motorists who queued up in lines that would snake through stadium parking lots and down suburban streets. Photos of those lines became among the most emblematic images of the suffering inflicted by the virus.

“Hunger is always with us, but it was more apparent with those photos,” said Mark Herrick, a USDA spokesman.

RELATED: US to buy $3B in dairy, meat, produce from farmers, Trump tweets

The food boxes proved well suited to quickly helping people who were suddenly in need, compared to the much larger food stamp program, which has eligibility requirements and paperwork. Officials say it offers lessons for how to respond to significant disruptions in the future.

After getting the program started, the USDA under former President Donald Trump approved four more phases costing another $3 billion. After the final round ends in April, the USDA will reassess the program.

If the USDA extends it, the program will be a rare example of the new administration retaining rather than dismantling a Trump initiative as Biden is seeking to do on issues ranging from immigration to health care. Unlike some other programs, the food box initiative was widely praised from the start, despite early concerns about contractors' ability to handle the job.

As the program continued through last summer, Trump capitalized on its popularity by having a letter with his signature inserted into boxes, prompting Democrats to charge that officials were using it to influence elections. Some also were wary of Trump daughter Ivanka’s involvement in the program.

The effort has delivered 136.5 million food boxes, which initially contained only fresh produce but later also included meat, milk and now fish. Nearly a year later thousands of people still line up for the boxes.

On a Thursday afternoon in downtown Des Moines with temperatures hovering at 15 degrees, a slow stream of people walked up to a food pantry trailer at the city bus station for boxes containing a gallon of milk, produce and chicken.

“It puts a smile on your face," said Dave Lestina, 59, who lives off a small disability check. He counts on getting a food box from the distribution spot a few blocks from his small downtown apartment and notes that “it seems like some of it's better than what you can buy at the supermarket."

As Thomas Washington, 59, waited for food to be piled into a basket on the back of his motor scooter, he said, “We need more of these for people who can’t get down here.”

The United Fresh Produce Association, an industry group, and food bank officials have been working on recommendations that could continue the program possibly even beyond the pandemic.

Even assuming demand drops as coronavirus infections decline, Unger said, roughly 10% of U.S. households had trouble getting enough food before the pandemic hit. The food boxes are “the most accessible program that I’ve seen come out of the government,” he said.

Still, Carrie Calvert, a vice president of Feeding America, a Chicago-based network of 200 food banks, said it’s important to note that the USDA’s Supplemental Nutrition Assistance Program, known as food stamps, provides nine times the total amount of food distributed by all food banks. The larger program, which enables people to use debit cards to shop at grocery stores, is still the most effective way of providing food, Calvert said.

Wilson said her small group has to borrow heavy equipment to handle the pallets of food boxes, and doesn’t know what she’d do if the program ended.

“It’s been a huge blessing for our community,” she said.