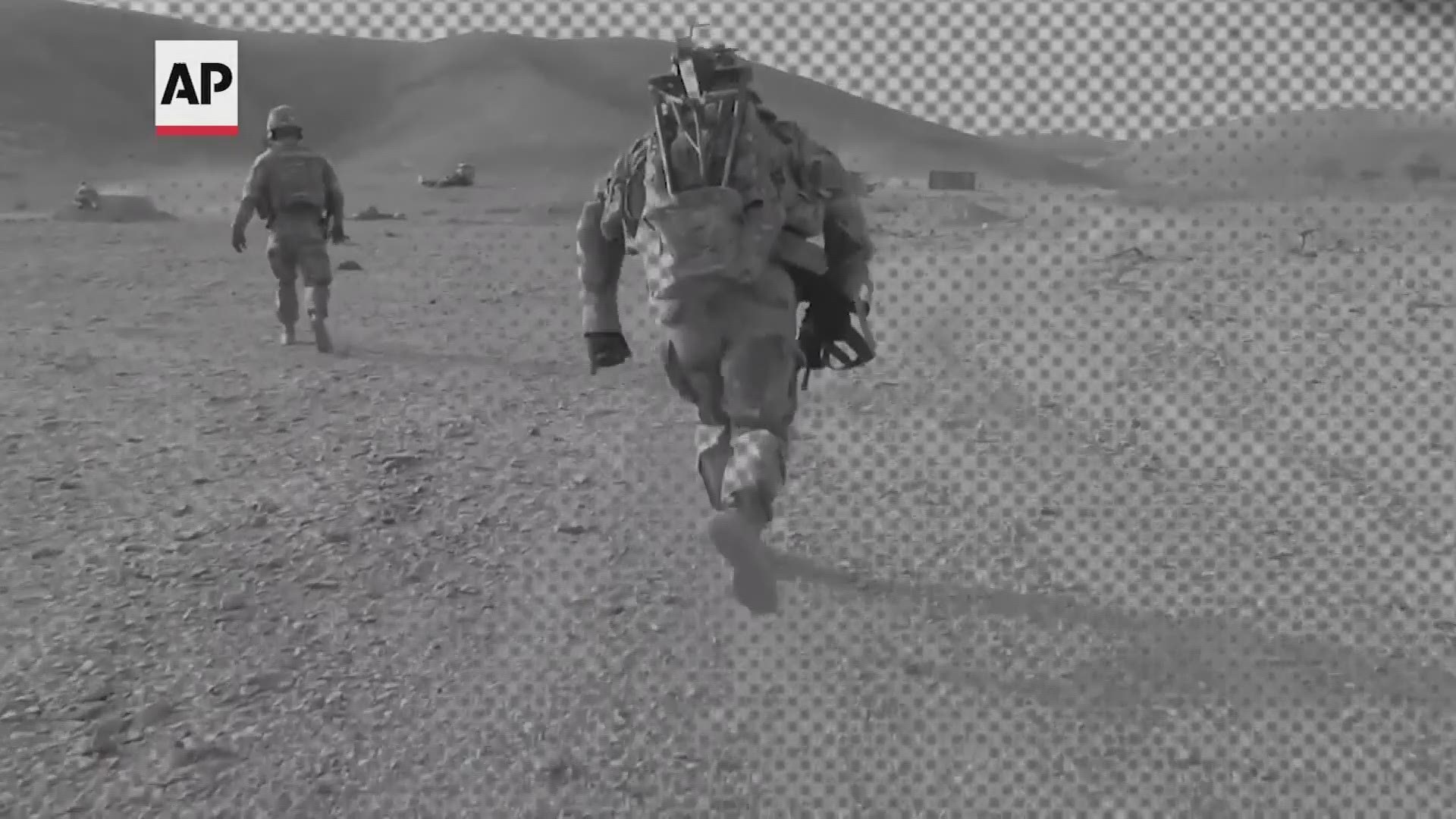 Shocked by an Associated Press investigation into the loss and theft of military guns, the Pentagon's top general signaled Thursday that he will consider a “systematic fix” to how the armed services keep account of their firearms.

The AP’s investigation reported how some of the missing guns have been stolen and later used in violent street crimes, while many others have vanished without a clue from the military’s enormous supply chains.

In all, AP identified at least 1,900 guns that the four armed services recorded as lost or stolen during the 2010s. Because some of the service branches provided incomplete data -- or none at all -- that total is a certain undercount.

“I was frankly shocked by the numbers that were in there,” Gen. Mark Milley, the chairman of the Joint Chiefs of Staff, told the Senate Appropriations Committee at a hearing Thursday.

In a statement, Milley’s spokesman said the chairman would explore overhauling how the services track and secure weapons. Milley “would like to consider a systematic fix in the future where the accountability of weapons and the ability to track and query these numbers is simplified and accurate,” said Col. Dave Butler.

Sen. Dianne Feinstein, D-Calif., was the latest to question military officials during a Capitol Hill appearance. Citing a case in which automatic assault rifles were stolen from an Army base and sold to a California street gang, Feinstein asked Milley at Thursday's hearing what the military is doing to ensure “there are no problems like this and that weapons are well secured.”

Milley responded that he had asked the leaders of each armed service to do a deep dive on their numbers. He said the initial information they have given him suggests the number of missing weapons is “significantly less” than what AP reported. The AP derived its figures from records provided by the service branches, including criminal investigations, lost property forms and data from small arms registries, as well as internal memos AP obtained.

“I need to square the balance here. I owe you a firm answer,” Milley told Feinstein.

His spokesman, Butler, elaborated: “Although we can’t yet verify the numbers reported by AP, the chairman believes this is another example of the free press shining a light on the important subjects we need to get right.”

Top officials with the Army, Marines and Secretary of Defense’s office have said missing weapons are not a widespread problem and noted that the number is a tiny fraction of the military’s stockpile.

Before publication of the AP’s investigation, Pentagon spokesman John Kirby said in an interview that the armed services can account for 99.999% of their several million firearms. “Though the numbers are small, one is too many,” Kirby said.

Lawmakers’ focus so far had been a new reporting requirement, not systematic reform.

The Pentagon used to share annual updates about stolen weapons with Congress, but the requirement to do so ended years ago, apparently in fiscal year 1994. In more recent years, the Office of the Secretary of Defense has decided when to advise lawmakers of “significant” losses or thefts.

No such notifications have been made since at least 2017, the Pentagon said. Among the several hundred missing firearms that AP identified during subsequent years was a stolen Army pistol that authorities linked to shootings in New York. Other cases included weapons parts that an Army insider brought to the Texas-Mexico border to sell.

On Thursday, Sen. Richard Blumenthal, D-Conn., said he planned to write a “mandatory reporting requirement” into the National Defense Authorization Act that Congress is drawing up this summer. In a letter to Defense Secretary Lloyd Austin, Blumenthal also asked that the Department of Defense's Office of the Inspector General conduct “a thorough review” of policies and security procedures.

Describing themselves as very concerned by AP’s findings, Sens. Tim Kaine, D-Va., and Thom Tillis, R-N.C., have said they would be looking into questions raised by the reporting.

The AP’s investigation, which began in 2011, is the first public accounting of its kind in decades, in part because neither the Department of Defense nor the armed services are required to tell the public about AWOL weapons.

The Army, the largest of the military services, and Air Force could not readily provide data to the AP on how many weapons were lost or stolen from 2010 through 2019.