‘There’s a George Floyd in every city’: Why activists prepare for what's beyond Derek Chauvin verdict

As the country waits for the verdict, activists everywhere are preparing their next steps. And some of those steps may very well be in the form of more marches. 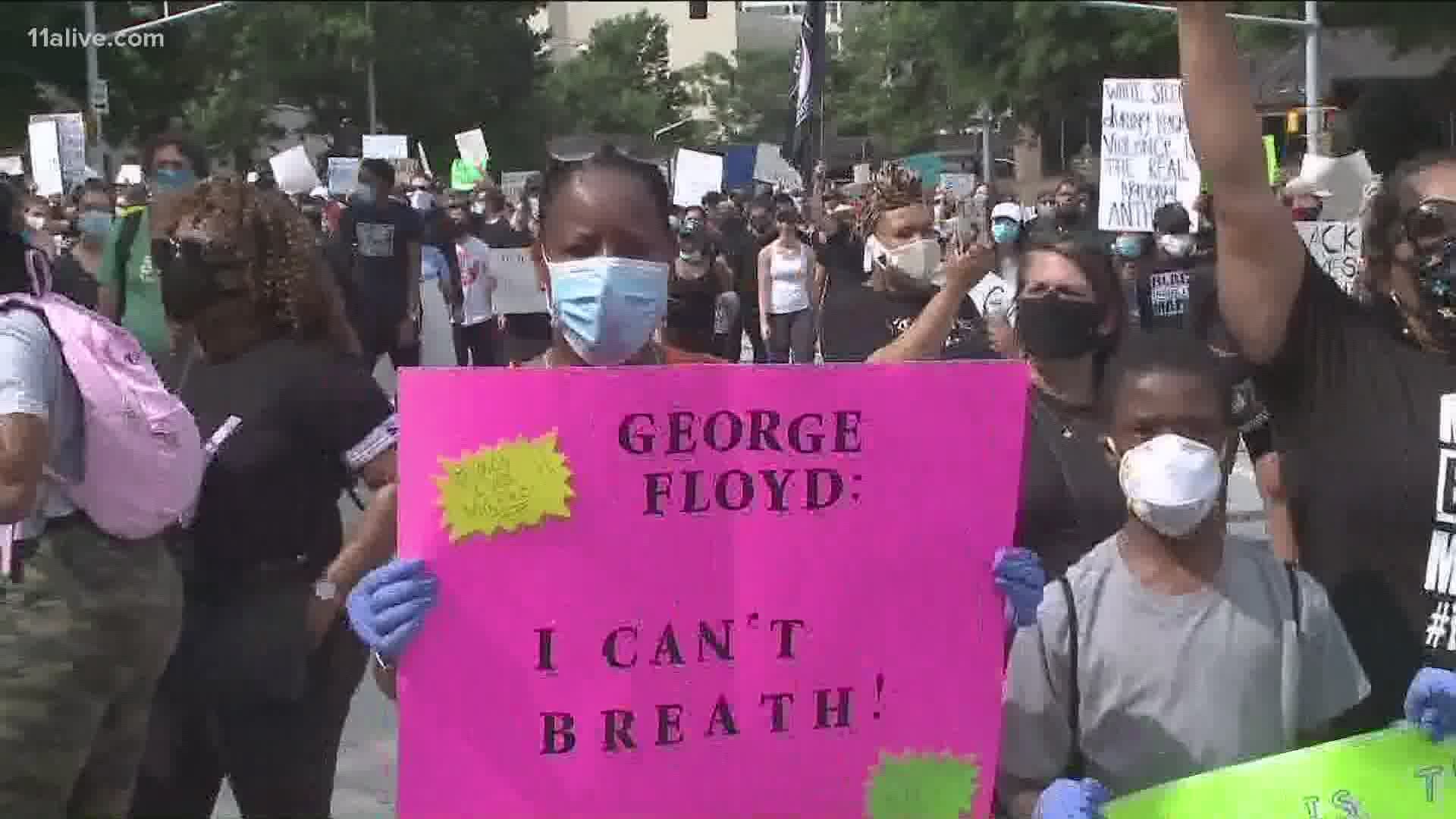 ATLANTA — The jury started deliberations in Derek Chauvin’s trial in the death of Georgia Floyd. The decision, expected to come at any time in the next week or two, is leaving the nation on edge as they wait to hear “guilty” or “not guilty.”

Floyd’s death sparked widespread protests across the country in 2020, following the release of a video showing Chauvin kneeling on Floyd’s neck.

As the country waits for the verdict, activists everywhere are preparing their next steps. And some of those steps may very well be in the form of more marches.

“There’s a George Floyd in every city,” said Atlanta attorney and activist, Gerald Griggs, who wore a black shirt with the name Vincent Truitt sprawled across the chest in white lettering.

Griggs represents the family of Truitt, a teenager shot and killed at the end of a chase in July 2020. Earlier this year, a grand jury ruled the Cobb County police officer was justified in the fatal shooting.

“Down here in Atlanta, you have Vincent Truitt and Rayshard Brooks and Jimmy Atchison and Oscar Cain, the list goes on and on. And so, even if we get a conviction, in this case (Chauvin), we have to stay focused on the sentencing and we have to make sure that we are giving due attention to all the other cases," he said. "So, people are protesting, not only for George Floyd but all the cases that are occurring around the country.”

Griggs, as well as the author and activist Kimberly Jones, said they’ve already been on calls with others locally and nationally, as demonstrations are being planned should the verdict come back not guilty.

“We are hopeful that the seasoned organizers in each city will conduct themselves the way we always have and maintain peace and order, but exercise your First Amendment rights,” said Griggs.

But, should the jury determine Chauvin is guilty, the work, Jones explained, doesn’t stop there.

“OK, we got justice for this case. Great. Now, do I think that this case is very important? Yes, I do. Because we haven't seen the proper justice in these cases,” Jones said. “This is an issue of policing in the 21st century, what it looks like, how it has an effect on marginalized communities, and what adjustments need to be made for us to evolve public safety in the United States. And so, one trial cannot fix all of that. We have to dig deep, and dig into the major issues, pass legislation, get better training.”

While the prosecution in Chauvin’s trial told the jury to “believe your eyes,” Jones and Griggs said it’s difficult for communities who believe in his guilt to trust that justice will be served.

“I think the major concern is we've seen hard evidence in cases before where we thought that clearly there will be justice,” said Griggs.

Jones pointed to the 2020 protests as an example of the frustrations and trauma expressed by different communities, as well as a point in time when people came together despite differences to address systemic issues.

“Man, that civil unrest was a way that we all made a promise to the people to do better, to be better. I think the ‘us’ versus ‘them’ narrative has become so comfortable for everybody. The police are like, ‘we don't rock with the protesters.’ The protesters are like, ‘we don't rock with the police.’ Democrats don't rock with Republicans, Republicans don't rock with Democrats," Jones said. "And so, everybody has decided that the side they're on is far more important than making sure that every citizen in this nation feels heard, respected, that they get the justice that they deserve, and that everyone is thriving, and that we're actually concerned about black lives, and not black death exclusively."

Despite the verdict, both activists said the country can plan to continue seeing more demonstrations, as well as more calls for legislation that addresses police brutality and gun violence overall.

“No, it's not over. We have to address the systemic problem that needs to be dealt with in American policing,” said Griggs. “We are just the canaries in the coal mine, if it affects our community, first, it's going to affect everyone's community. We need to pass the George Floyd Police and Justice Act. We need to pass the John Lewis Voting Rights Act. This is a lifetime battle. And our hope is we will not pass this on to the next generation.”