The bill includes spending for roads, rail, public transit and water and could serve as a marker in the negotiations over a bipartisan infrastructure bill. 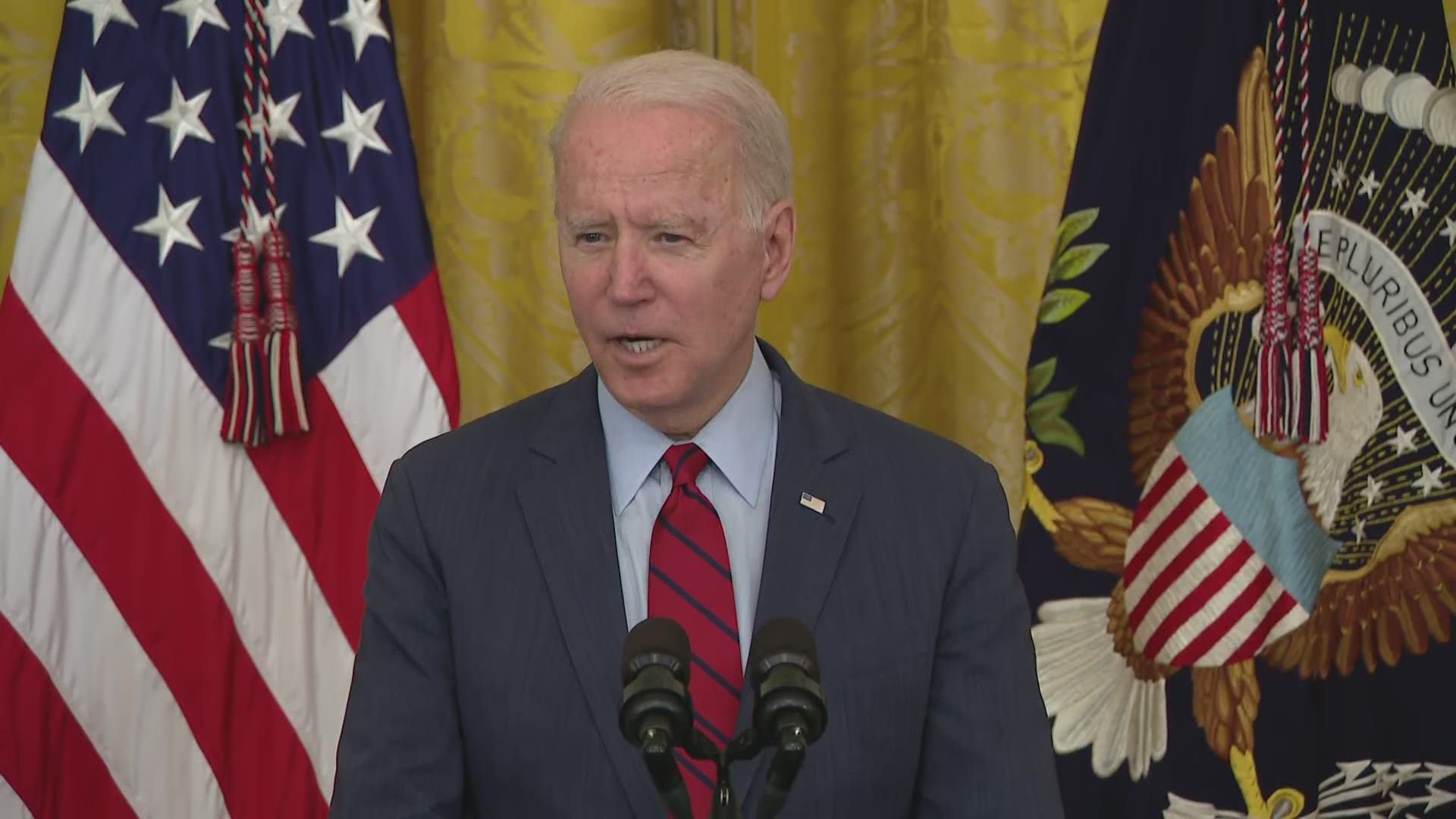 WASHINGTON — The Democratic-led House approved a sizable $715 billion transportation bill Thursday, a potential investment in roads, rail, public transit and water over five years that could serve as a marker in the negotiations over a bipartisan infrastructure package.

President Joe Biden and a bipartisan group of senators have already agreed to a blueprint for a new infrastructure package, but it has not yet been turned into legislation. House Democrats will be pushing to include many of their bill’s provisions when Congress negotiates the broader bipartisan product this summer.

The primary author of the House bill, Rep. Peter DeFazio, D-Ore., said the investment being proposed would allow the country to repair bridges, roads and tunnels, thereby increasing the country's economic competitiveness while also tackling what he called the country’s “new existential challenge, which is climate change.”

“We have to rebuild in ways that we never even thought about before. It’s going to be expensive, but the good news is, it is going to create millions, millions of good paying jobs,” DeFazio said.

The legislation provides a potential building block toward Biden's broader infrastructure proposals. It serves as a starting point for some of the public works investments under discussion, but leaves the decision about how to pay for them for another day.

Biden has suggested raising the corporate tax rate to fund infrastructure investments, but Republicans oppose that and would vote against it. The bipartisan group of 10 senators negotiating a nearly $1 trillion plan narrowed on a variety of potential funding sources that don't involve tax increases.

House Republicans took issue with the transportation bill being considered Thursday because it doesn't include a funding mechanism.

Republicans argued the new spending on infrastructure would increase the deficit and ramp up inflation, hurting families when they buy gas and groceries. They also protested the exclusion of their proposals to further streamline the permitting process so that large infrastructure projects could be completed more quickly and at less cost to taxpayers.

Rep. Sam Graves, the ranking Republican on the Transportation and Infrastructure Committee, noted that Democratic efforts last year to pass an infrastructure bill failed after the then-Republican-controlled Senate declined to take it up.

The partisan divide stands in contrast to efforts in the Senate, which this year overwhelmingly passed a $35 billion water infrastructure bill, 89-2, and where a key committee unanimously passed a bill earlier this year focused on funding for roads and bridges.

House Speaker Nancy Pelosi had set a goal of passing an infrastructure bill in the House before July 4. Last year, Congress was unable to reach agreement and opted to pass a short-term reauthorization of transportation programs, which will expire Sept. 30.

Biden is eager for Congress to pass a bipartisan plan that would boost spending on roads, bridges, rail and other more traditional forms of infrastructure, which means putting together a package that could get 60 votes in the evenly split 50-50 Senate. Votes on the nearly $1 trillion proposal agreed to last week are expected by the end of July.

DeFazio said he was encouraged by the bipartisan Senate blueprint. The proposed spending levels for roads, bridges and public transit are comparable to what is called for in the House bill, he said, though the spending for rail and water infrastructure is far short of the House's bill, which calls for tripling spending for Amtrak as well as $45 billion for the replacement of water lines containing lead.

The House proposal also includes some elements designed to counter climate change. Transportation is the largest contributor to greenhouse gas emissions in the U.S. The House bill seeks to make alternatives to driving more attractive by boosting funding for public transit and rail. It also dedicates $4 billion to electric vehicle charging stations to speed and ease an increased use of electric vehicles.