An interior stairwell inside the 15-story building near I-10 and Beltway 8 collapsed without warning, killing three and injuring another. 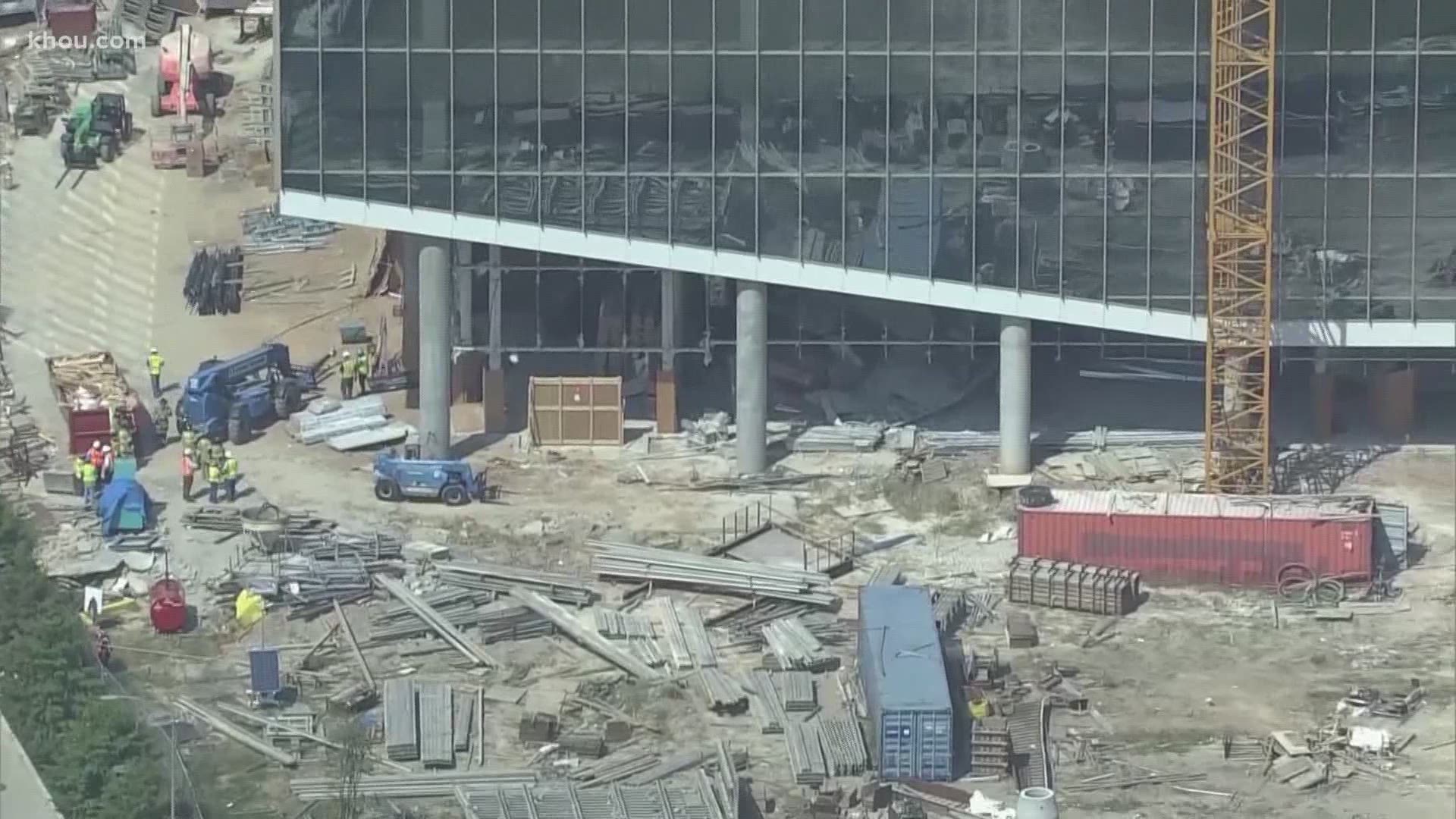 The injured man was rescued and taken to a nearby hospital, according to the Houston Fire Department. He is reportedly in stable condition with non-life-threatening injuries.

All 240 construction workers have been accounted for, according to the Houston Fire Department.

The 15-story building is under construction near I-10 and Beltway 8, west of City Centre.

According to HFD, the building's interior stairwell collapsed around 1:30 p.m.

Inspectors said the building itself is not in danger of collapsing, but they are worried about a secondary collapse in the stairwell.

"It is far too early to determine what's the structural cause," HFD Assistant Chief Ruy Lozano said. "But I can tell you anytime there's a primary collapse, our biggest concern is a second collapse. That's why we're not permitting any other rescuers until we can confirm the stability of the structure."

Fire officials said their primary objective is to make sure the building is structurally safe before more inspectors and fire crews are allowed inside.

Crews must now make sure construction site is structurally safe before recovery of bodies may begin, officials say. #khou11 pic.twitter.com/95USMBHMRS

"Harvey Builders is working with the Houston Fire Department, our subcontractor East Texas Precast, and Hines, the project’s development manager, to investigate a fatal accident involving the collapse of a stairway."

The high-rise in the 990 block of Town and Country Boulevard is slated to be Marathon Oil's new headquarters in 2021.

"We extend our deepest sympathies to the families of those contractors who were affected and thank the first responders. We have offered our assistance to the building contractors as they respond to this accident," Marathon Oil said in a statement.

@HoustonFire Dept. Technical Rescue Team is actively responding to a #buildingcollapse in West Houston. Three confirmed fatalities, one victim transported to nearby hospital in stable condition. HFD asks for thought and prayers for the victims and their family. @FireChiefofHFD pic.twitter.com/goGiZ4Fnso

Download the KHOU 11 News app and enable alerts to receive instant notifications on this breaking story.