Kraft is one of about 300 men charged in multiple counties between Palm Beach and Orlando as part of a crackdown on illicit massage parlors and human trafficking. 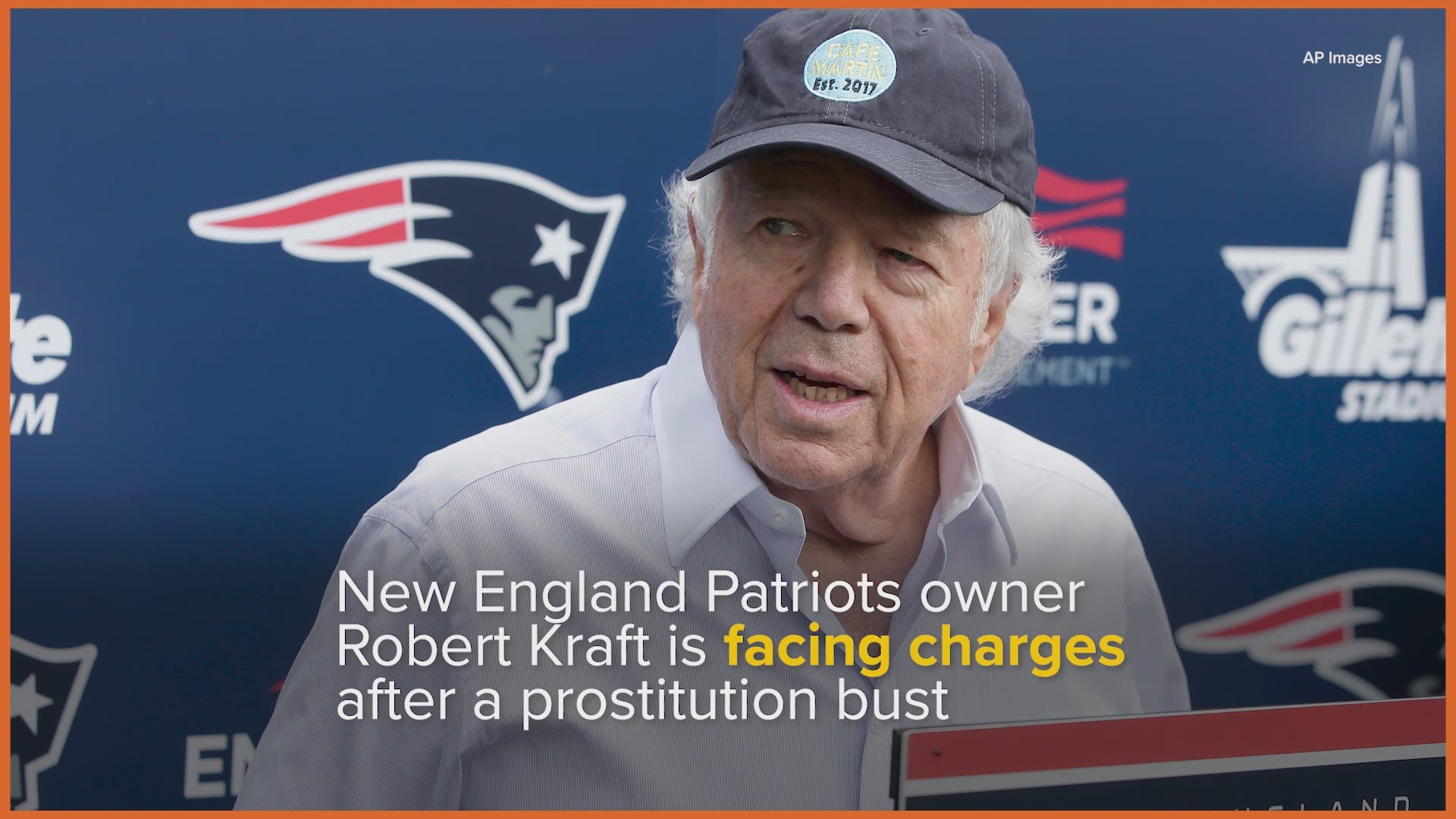 Patriots owner Robert Kraft released a statement Saturday apologizing for charges he faces in Florida for solicitation and prostitution.

"I am truly sorry," the statement said. "I know I have hurt and disappointed my family, my close friends, my co-workers, our fans and many others who rightfully hold me to a higher standard."

Kraft is one of about 300 men charged in multiple counties between Palm Beach and Orlando as part of a crackdown on illicit massage parlors and human trafficking. Ten parlors have been closed and employees have also been charged. Many of the women are originally from China, were forced to live in the spas and were not allowed to leave without an escort, according to investigators.

“Throughout my life, I have always tried to do the right thing," Kraft said in his statement. "The last thing I would ever want to do is disrespect another human being. I have extraordinary respect for women; my morals and my soul were shaped by the most wonderful woman, the love of my life, who I was blessed to have as my partner for 50 years."

Earlier this week, it was announced that Kraft would not accept a plea deal that would result in his charges being dismissed if he acknowledged that if prosecuted, he would have been convicted. Had he accepted the deal, Kraft would also be required to perform 100 hours community service and attend a class on prostitution's dangers and how it perpetuates human trafficking,

The owner of the Orchids of Asia Day Spa, the Jupiter, Florida, parlor Kraft is accused of visiting, is charged with 29 felony prostitution and related charges. Authorities investigated the 10 parlors for months, gathering evidence through interviews with men stopped leaving the spas, trash bin searches and surveillance of the spa owners. Judges then issued warrants allowing them to secretly install cameras inside the spas to record what transpired.