If $100 is your limit for smartphones, good news is coming with Android Go

A new crop of budget-priced phones will be able run the latest version of Google's Android operating system that's been rebuilt to stay responsive on low-end hardware. 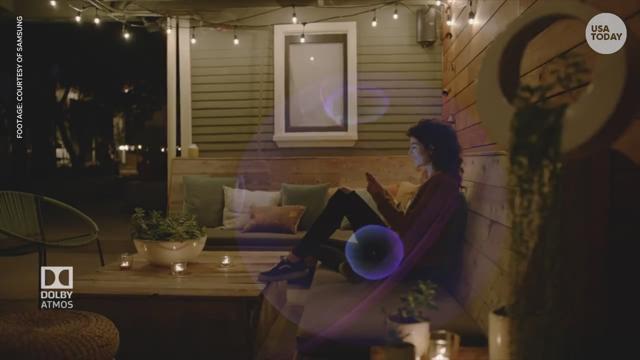 If you want a smartphone for less than $100 or close to it, you’re not doomed to limping along with leftover software.

A new crop of budget-priced phones will be able run the latest version of Google’s Android operating system that’s been rebuilt to stay responsive on low-end hardware, while offering some features left out of the edition of Android that comes on $700 phones.

This “Go edition” of the current Android 8 Oreo, pared down to use less storage, memory, computing power and bandwidth, debuted at May’s I/O developer conference. It picked up important support from phone vendors at the Mobile World Congress last week.

The traditional recipe for a low-end phone relies on hand-me-downs: Combine aged hardware with a version of Google’s Android software old enough to tolerate those underpowered components, then sell the results to customers who can’t afford anything better.

But Google's new operating system for pared-down phones offers users the core of a modern operating system — the same Android Oreo on Samsung's new Galaxy S9 and S9+ — in a lighter form. Here are your options.

ZTE introduced the $80 Tempo Go, a compact model with a 5-inch screen and 8 GB of storage you can expand with a microSD card. Its fingerprint-unlock sensor matches the features of pricier phones, while its 5 and 2 megapixel cameras and blurry, low-resolution 854-by-480-pixel display help explain why it can sell for under $100.

The Alcatel 1X includes a larger screen (5.3 inch and 960 by 480 pixels) that looked better than the Tempo Go’s screen, twice as much storage (also expandable via a microSD), and 8 and 5 megapixel cameras. Some versions will also include a fingerprint sensor. The 1X will go on sale in April for €99 ($123), but many phones debut at MWC without U.S. prices announced — don’t rule out this coming to the States later.

HMD Global, the Finnish firm founded to restore Nokia’s name in smartphones, will ship the Nokia 1 in April at an announced average price of $85. It includes a 4.5-inch screen with an 854-by-480-pixel resolution, 8 GB of storage and a microSD slot, 5 and 2 megapixel cameras and a battery you can remove and replace. That U.S.-denominated price may not ensure an American arrival; its dual SIM-card slots are common outside the U.S. but non-existent here.

Having only 8 GB or 16 GB of storage would leave almost no room for apps after installing the standard version of Android Oreo, while the 1 GB of memory on all three phones would kneecap that operating system almost immediately.

But Go takes up much less space. The Settings app on demo models showed Android’s system files taking up only 2 GB or 3 GB, compared to the 7.1 GB Oreo needs on my own Google Pixel phone. Opening apps and switching apps on the Go phones I tried felt much like trying the pricier models shown off there, except for the smaller, grainier screens.

Go versions of such standard Google apps as Maps, Gmail, Google Assistant and Gmail also need less storage and memory. Some add bonus data- and storage-saving features absent in what Google probably doesn’t want you to call the no-Go version of Android.

For instance, YouTube Go can save a video for offline viewing, while a Files Go file manager can identify the apps you’ve used least as candidates for uninstallation. All that promises a big difference between today’s current selection of sub-$100 phones, an analyst said.

“You’ve had cheaper phones before, but usually you get to that price point because the hardware is lower spec and you end up running an older version of the OS,” said Carolina Milanesi of Creative Strategies. “You end up using it as a feature phone” for calls and texts but little else.

The data-conservation features in Android Go would appeal to American customers of prepaid wireless services, at which unlimited data isn’t the norm. “I think it’s a prepaid-market play,” she said. “It’s not a huge market, but there is a market.”

Rob Pegoraro is a tech writer based out of Washington, D.C. To submit a tech question, e-mail Rob at rob@robpegoraro.com. Follow him on Twitter at twitter.com/robpegoraro.