The warrant was issued by a judge probing the Washington-directed drone strike that killed Gen. Qassim Soleimani and Abu Mahdi al-Muhandis. 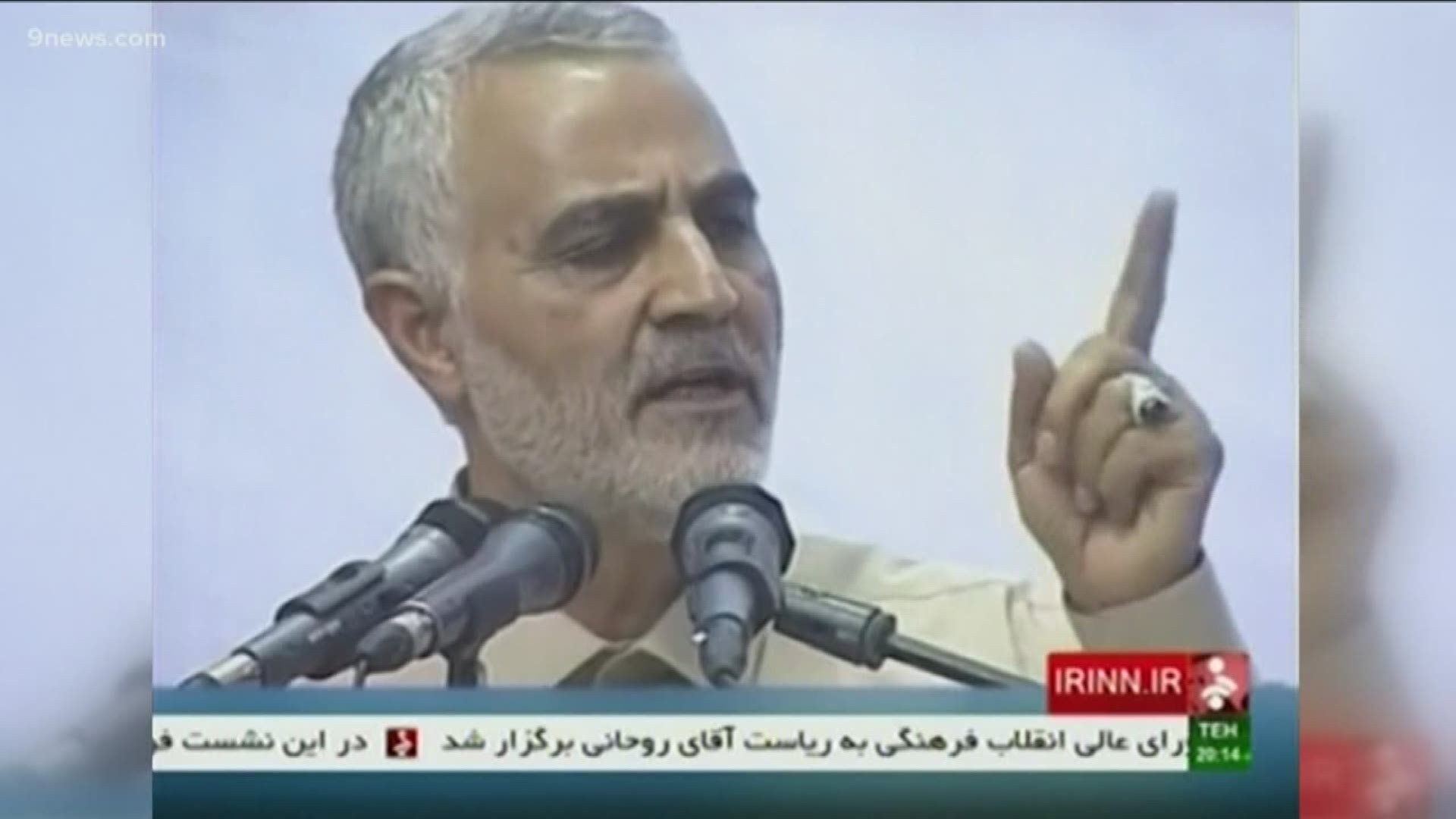 An arrest warrant was issued Thursday for outgoing President Donald Trump in connection with the killing of an Iranian general and a powerful Iraqi militia leader last year, Iraq's judiciary said.

The warrant was issued by a judge in Baghdad's investigative court tasked with probing the Washington-directed drone strike that killed Gen. Qassim Soleimani and Abu Mahdi al-Muhandis, the court's media office said. They were killed outside the capital’s airport last January.

Al-Muhandis was the deputy leader of the state-sanctioned Popular Mobilization Forces, an umbrella group composed of an array of militias, including Iran-backed groups, formed to fight the Islamic State group.

RELATED: President Trump: Killing of Iranian general was meant 'to stop a war'

The arrest warrant was for a charge of premeditated murder, which carries the death penalty on conviction. It is unlikely to be carried out but symbolic in the waning days of Trump's presidency.

The decision to issue the warrant "was made after the judge recorded the statements of the claimants from the family of Abu Mahdi al-Muhandis,” according to a statement from the Supreme Judicial Council. The investigation into the killings is ongoing, the court said.

The killings sparked a diplomatic crisis and strained U.S.-Iraq ties, drawing the ire of Shiite political lawmakers who passed a non-binding resolution to pressure the government to oust foreign troops from the country.

Iran-backed groups have since stepped up attacks against the American presence in Iraq, leading to threats by Washington to shutter its Baghdad diplomatic mission.

Credit: AP
In this Jan. 17, 2020 file photo, released by the official website of the office of the Iranian supreme leader, worshippers chant slogans during Friday prayers ceremony, as a banner show Iranian Revolutionary Guard Gen. Qassem Soleimani, left, and Iraqi Shiite senior militia commander Abu Mahdi al-Muhandis, who were killed in Iraq in a U.S. drone attack on Jan. 3, 2020. (Office of the Iranian Supreme Leader via AP, File)