Blue Origin held an online auction that saw nearly 8,000 register to bid on the seat. 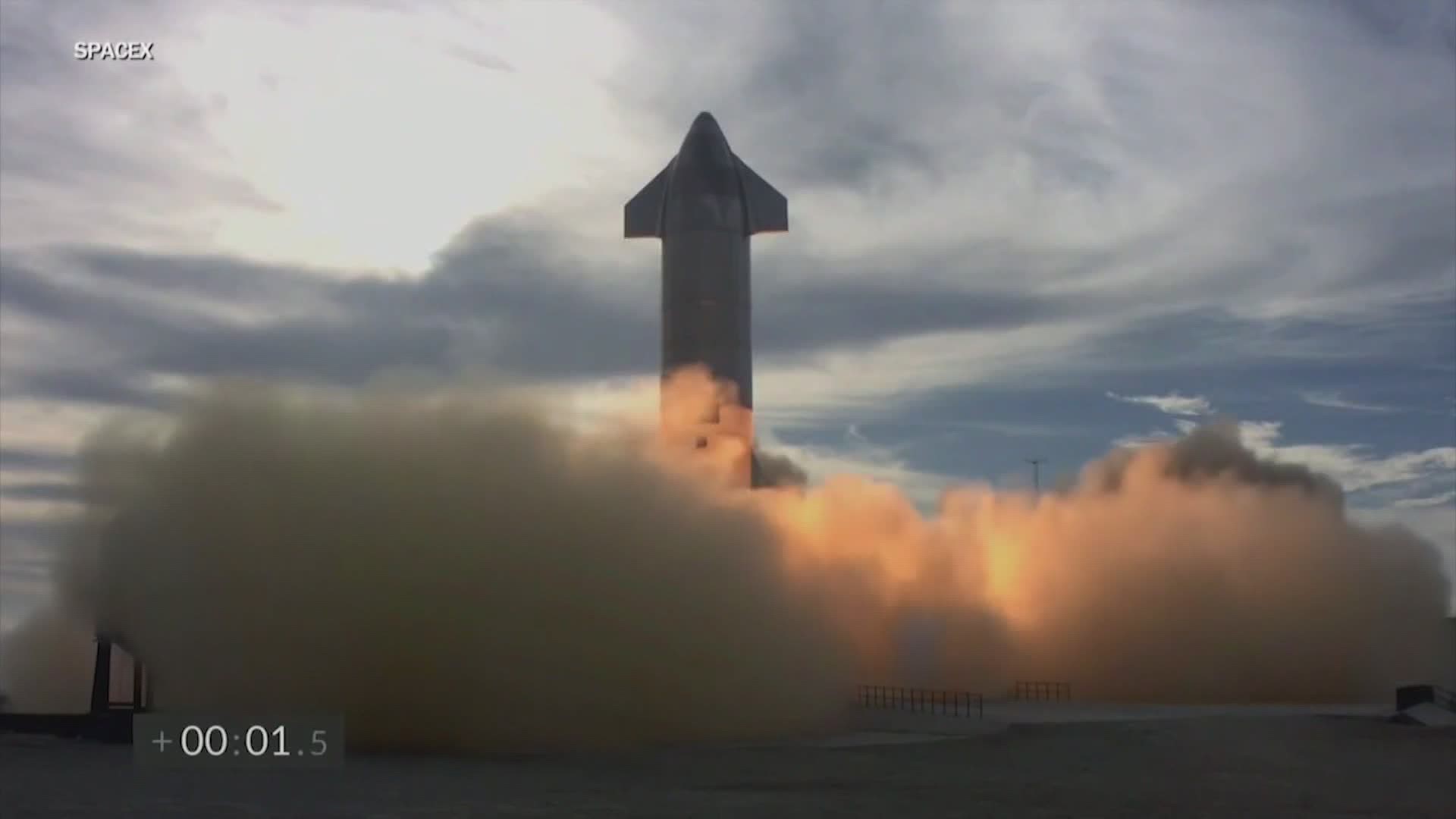 According to Blue Origin, about 7,600 people from 159 countries signed up for the online auction for a chance to bid to join Bezos and his brother on the New Shepard's next big voyage to outer space on July 20. Saturday’s auction followed more than a month of online bidding that reached $4.8 million by Friday.

The July mission will be the first human flight for New Shepard, and the winning bidder will be joined by Amazon and Blue Origin founder Jeff Bezos, along with his brother Mark.

The completely automated capsule can carry up to six passengers, each with their own big window. Blue Origin's top sales director, Ariane Cornell, said following the auction that the fourth and final seat on the debut crew flight will be announced soon.

RELATED: Amazon's Jeff Bezos going to space in July, on one of his rockets

The winning bid doesn't necessarily indicate how much a ticket to space might cost in commercial ventures like this one, as the winning bid in this case, the company says, will be donated to Blue Origin's foundation called, Club for the Future.

Club for the Future was created to "inspire future generations to pursue careers in STEM and to help invent the future of life in space," Blue Origin says.

Blue Origin has yet to open ticket sales to the public or divulge prices.

The Amazon founder's rocket company, Blue Origin, did not disclose the winner’s name following the live online auction. The identity will be revealed in a couple weeks — closer to the brief up-and-down flight from West Texas on July 20, the 52nd anniversary of Neil Armstrong and Buzz Aldrin’s moon landing.