Jill Biden tells English surf therapy group about her board 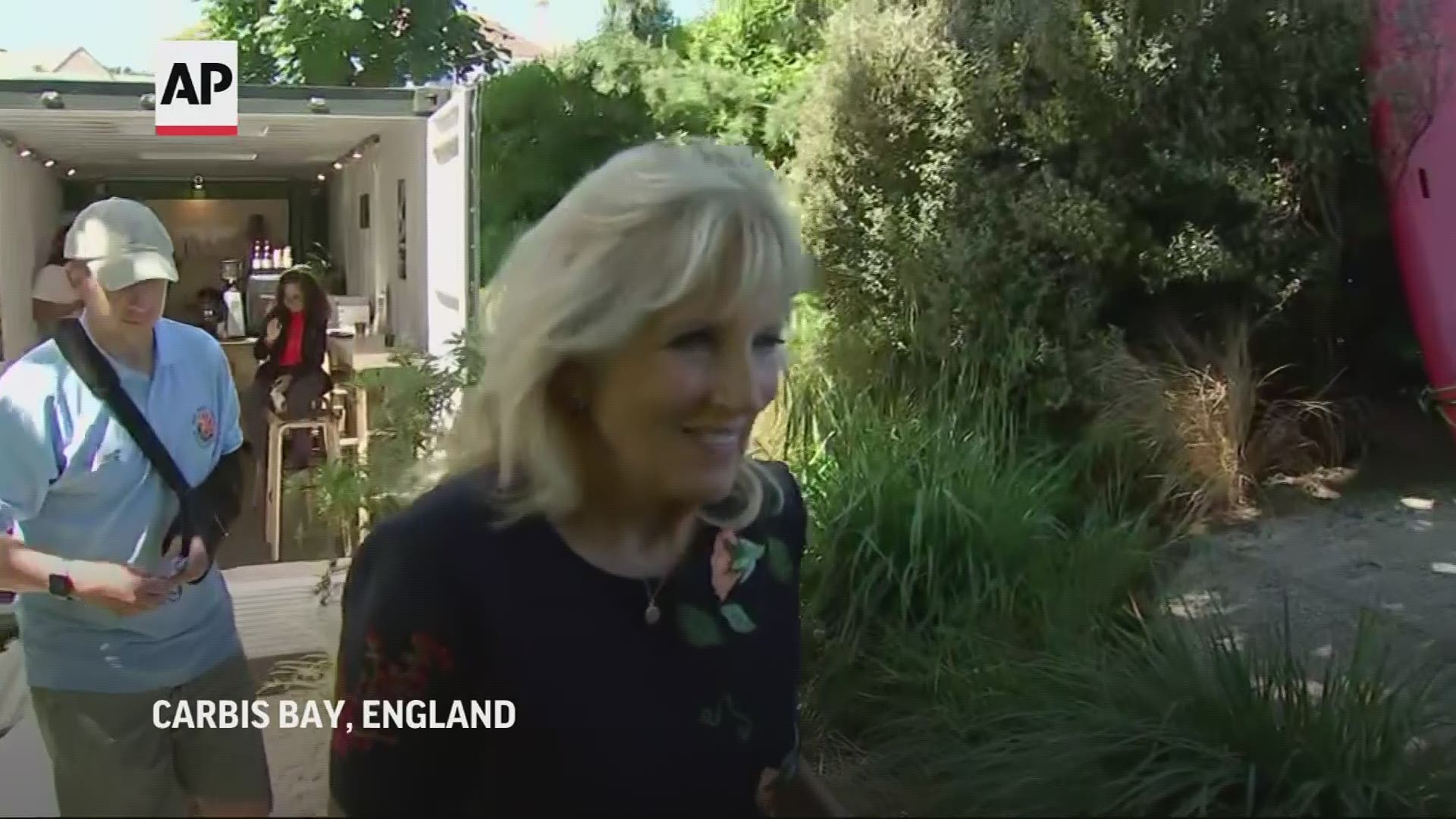 NEWLYN, UK — U.S. first lady Jill Biden told members of a British group that uses surfing as therapy that she once owned a surfboard and it was “white with a big butterfly” on it.

She met Saturday with members of Bude Surf Veterans, a volunteer organization based in Cornwall, England, which offers social support and surfing outings to military veterans, emergency workers and their families to help them cope with trauma.

The first lady spent just under an hour talking with about eight people, including a young girl, as they sat at a picnic table outside a contemporary art gallery overlooking Mount's Bay. Her husband, President Joe Biden, attended the Group of Seven world leaders summit that is taking place elsewhere in southwest England.

“So I'm Jill,” she said, introducing herself.

The first lady has spent many years working on military family issues, both in and out of public life. She is the daughter of a Navy signalman and her late son Beau served in the Delaware Army National Guard before he died of brain cancer in 2015 at age 46.

Biden observed that the “water is so calming.” She celebrated her 70th birthday earlier this month at the beach in Delaware.

She also spoke to the group about attending the Invictus Games, an international sporting event for wounded, injured and sick servicemembers founded by Britain’s Prince Harry.

After the meeting, Biden caught up with the other spouses of the G-7 leaders for a performance at an outdoor theater overlooking the Atlantic Ocean.

There is power in the calmness and serenity of the ocean for so many who may be struggling. Thank you to the Bude Surf Veterans, a UK-based organization, for sharing with me about how you build community, lean on each other, and find healing through surfing. pic.twitter.com/CYVHaAssti