Kids getting caught in crossfire as US gun violence surges

The most recent monthly homicide and shooting statistics in Chicago mirror what is going on around the country, where city after city has reported more gun violence. 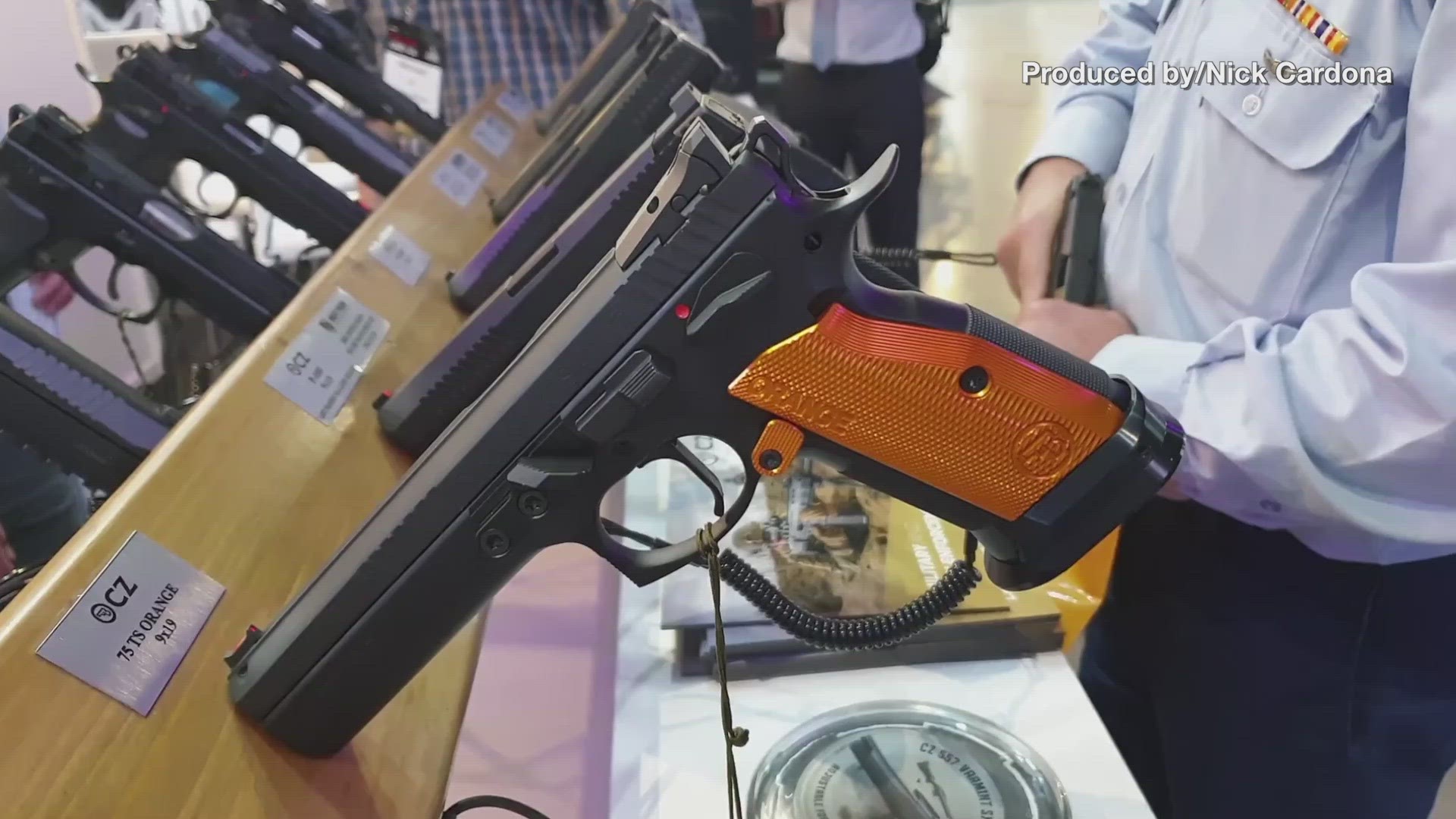 July in Chicago ended as it began: Mourning the death of a child whose only mistake was venturing outside to play when someone armed with a gun came to the neighborhood hunting for an enemy.

On Monday, two days after his department released statistics that revealed the month had been one of the deadliest in the history of the city, Police Superintendent David Brown repeated what has become a grim ritual of recounting the death of a child.

This time, the story was about Janari Ricks. “Nine years old, (he) was shot and killed while doing what every child in our city should able to do without a second thought ... playing with friends on a warm summer evening just outside his front door,” said Brown. “Now, instead of planning for his future, Janari’s parents are arranging for their child’s funeral.”

His death underscores a surge in gun violence in the the United States that has been building all year.

In Atlanta, the totals are lower but the surge is apparent: 76 homicides so far this year compared to 56 for the first seven months of 2019. Of this year’s total number of homicides, 23, or nearly a third, were recorded in July alone.

It has been a similar story in Boston. After recording 25 homicides in the first seven months of 2019, Boston had 35 during the same period this year. And 15 of those were during July.

Just how many of the year’s victims are children is difficult to say. But every day headlines around the country tell story after story of children dying while doing nothing more than being children.

RELATED: VERIFY: Was 2020 the first time since '02 with no school shootings in March? Not exactly.

RELATED: There were more U.S. mass shootings in 2019 than days on the calendar

It was not immediately clear exactly how many children were homicide victims this year in Ohio, but in Columbus alone, the total stands at 13.

In Philadelphia, a 7-year-old shot in the head over the weekend during a shootout between three men in front of his home later died of his injuries. Police spokesman Inspector Sekou Kinebrew said Zamar Jones died Monday. The boy was sitting on his porch Saturday when he was shot.

According to Philadelphia police, the city has seen a 36% increase in gun violence this year over last year. The number of people murdered through Sunday was 255, a 34% increase over last year, and more than the annual total for 2014, when 248 people were slain.

In the minutes after July became August, the Chicago Police Department reported there had been 105 homicides during the month compared to 44 in July 2019, making it the deadliest month in the city since September 1992.

Chicago had suffered 440 homicides by the end of July, compared to 290 for the same period last year. And more and more of the victims are children.

Brown said Janari was the 38th juvenile to be fatally shot in the city this year. In all, 19 children under the age of 10 have been shot in 2020, five of them fatally.

According to a report published Monday in the Chicago Tribune, those five homicides are more than double the tally for children under 10 shot and killed than in any other year in the last eight years.

The reasons, according to those who watch the violence, try to prevent it and have been touched by it, begin with the open gang warfare in Chicago that seems to have increased in recent years. Brown has said there are more than 100,000 gang members who belong to the city’s 55 known gangs that are themselves divided into some 2,500 subsets of gangs.

But recent shootings, including one outside the funeral of a gang member, underlines a terrorizing fact about the gangs: they seem more willing than ever to simply open fire in the direction of a rival without regard to anyone else.

That is what happened on the evening of July 4 when, according to prosecutors, three men in a car spotted a man they believed killed a member of their gang days before. They climbed out of the vehicle and opened fire.

One of bullets struck the intended target in the ankle, but a nother hit 7-year-old Natalia Wallace in the forehead and killed her as she played in front of her grandmother’s house.

“We shouldn’t have to worry about somebody pulling up to shoot (but) it just seems like it’s becoming the new normal. A child shot dead playing in the street, just being a kid,” said her father, Nathan Wallace. “She was just enjoying the 4th.”

The Rev. Michael Pfleger, a Roman Catholic priest and prominent activist on the city’s South Side for more than 40 years, said this “new normal” involves a willingness to shoot whoever is near an intended target.

“The shootings used to be targeted, but now it is spraying at porches, parks, down the street,” he said. “I don’t think they’re trying to kill kids but I think their attitude is, ‘I may not get you but I know those are your friends and family out there and I will get somebody you know.’”

Credit: AP
Nathan Wallace stands outside of his home holding a button showing his daughter, Natalia Wallace, on Monday, Aug. 3, 2020, in Chicago. Natalia, 7, was killed on the west side of Chicago on July 4, 2020. (AP Photo/Matt Marton)