The reality TV star posted a lengthy message on her Instagram Live feed explaining that life has been complicated for her family and her husband, Kanye West. 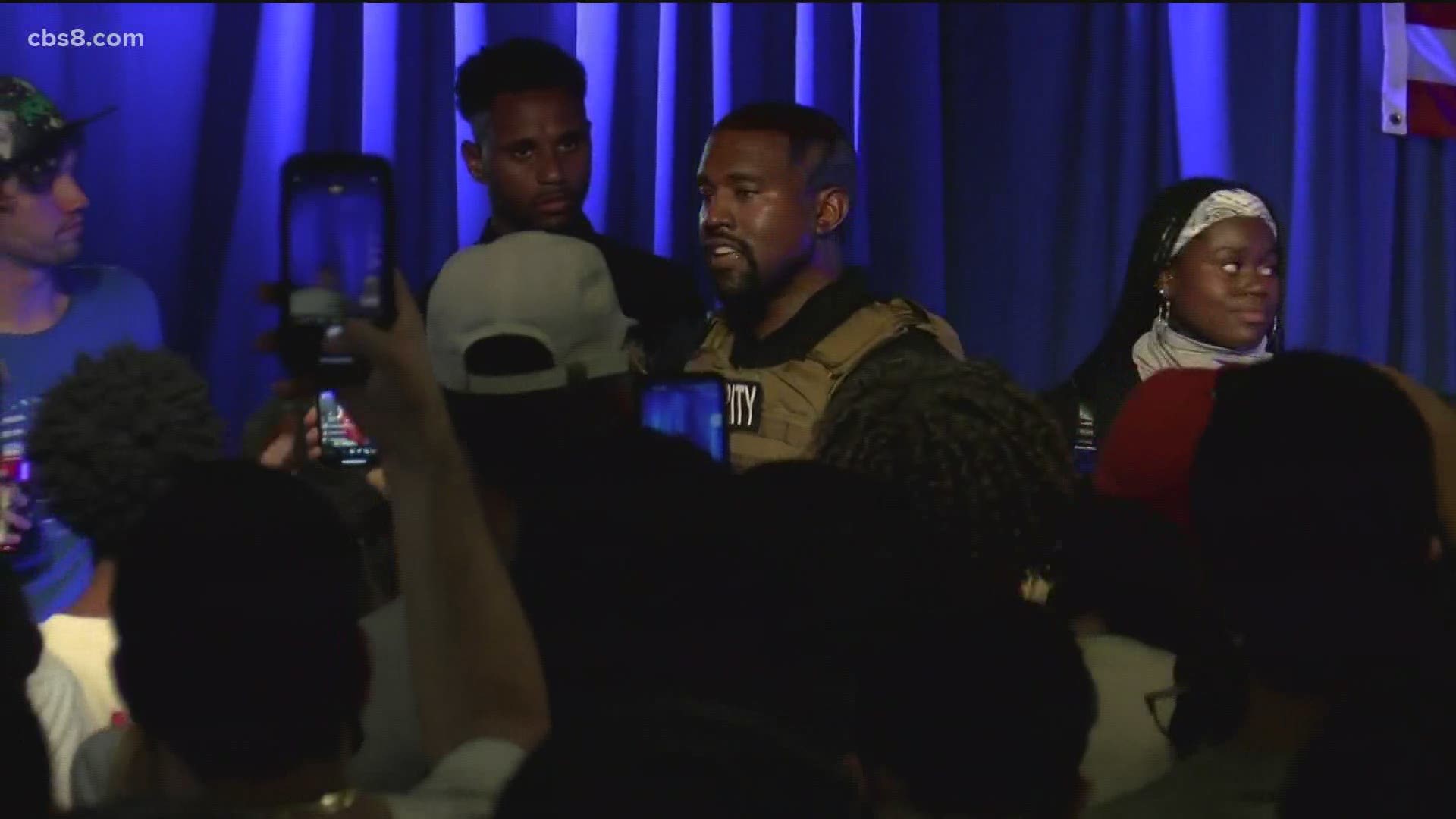 NEW YORK — Kim Kardashian West is asking the public to show compassion and empathy to husband Kanye West, who caused a stir this week after fulminating in a series of social media posts. She says he is bipolar.

The reality TV star and beauty mogul posted a lengthy message Wednesday on her Instagram Live feed, explaining that life has been complicated for her family and West, who ranted against historical figure Harriet Tubman and discussed abortion on Sunday while he declared himself a presidential candidate. His comments earned him backlash.

“As many of you know, Kanye has bi-polar disorder. Anyone who has this or has a loved one in their life who does, knows how incredibly complicated and painful it is to understand. I’ve never spoken publicly about how this has affected us at home because I am very protective of our children and Kanye’s right to privacy when it comes to his health. But today, I feel like I should comment on it because of the stigma and misconceptions about mental health," she wrote.

“I understand Kanye is subject to criticism because he is a public figure and his actions at times can cause strong opinions and emotions. He is a brilliant but complicated person who on top of the pressures of being an artist and a black man, who experienced the painful loss of his mother, and has to deal with the pressure and isolation that is heightened by his bi-polar disorder," Kardashian West continued. “Those who are close with Kanye know his heart and understand his words some times do not align with his intentions."

On Tuesday, in a series of since-deleted Twitter posts, West wrote that he’s been considering divorcing his wife. In another post he called out Kardashian matriarch Kris Jenner. On Monday, he claimed his wife tried to lock him up. And on Sunday at his political rally, the 21-time Grammy winner became tearful while talking about his mother, who died following plastic surgery complications in 2007.

West and Kardashian West were married in 2014. They have four children.

“We as a society talk about giving grace to the issue of mental health as a whole, however we should also give it to the individuals who are living with it in times when they need it the most. I kindly ask that the media and public give us the compassion and empathy that is needed so that we can get through this," she wrote. “Thank you for those who have expressed concern for Kanye’s well being and for your understanding."