Kroger to ban plastic bags by 2025, will transition to reusable bags 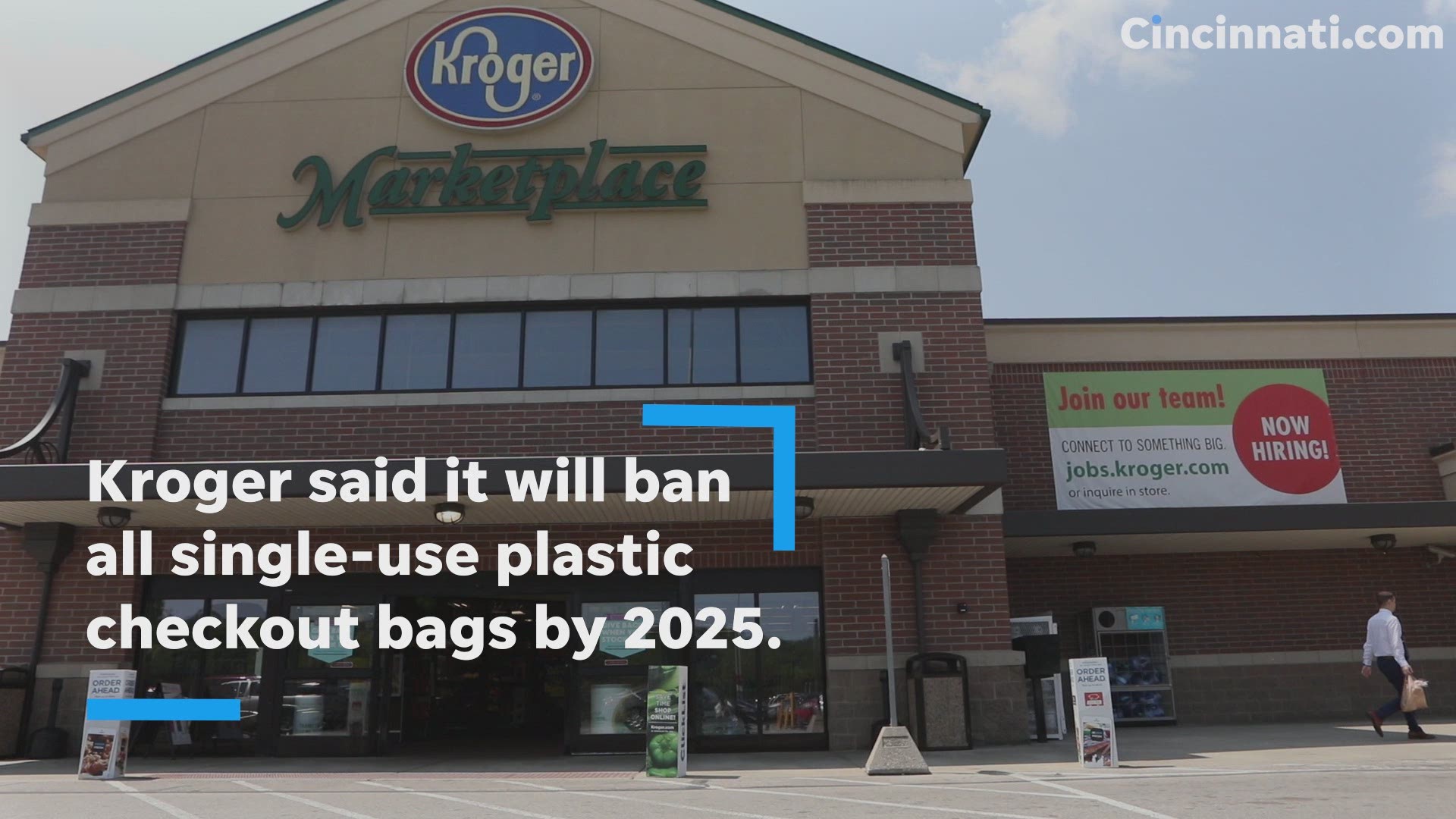 Kroger said it will ban the use of plastic checkout bags in its grocery stores by 2025.

America's largest supermarket chain said it will transition from single-use to reusable bags and ultimately eliminate 123 million pounds of garbage annually sent to landfills. That would quadruple the amount of plastic the retailer currently recycles.

Kroger currently sells reusable bags starting at $1 each. Kroger will ramp up the availability of those bags. Shoppers for the foreseeable future will still have the option of asking for paper bags.

Kroger said it is also looking to cut back or phase out plastic bags for produce and meat, but it's focusing on eliminating checkout bags for now.

The ban will directly affect a wide swath of consumers: Kroger serves 9 million customers every day at its nearly 2,800 stores in 35 states and the District of Columbia.

Kroger's Seattle-based QFC subsidiary, with 63 stores in the Pacific Northwest, will be the first division to eliminate the bags by 2019.

Besides hundreds of its namesake stores in the Midwest and the South, Kroger operates hundreds more under the Harris Teeter, Ralphs, Fred Meyer, Fry's and other nameplates.

"The plastic shopping bag’s days are numbered," Kroger CEO Rodney McMullen wrote in an editorial submitted to The Cincinnati Enquirer and USA TODAY. "Our customers have told us it makes no sense to have so much plastic only to be used once before being discarded. And they’re exactly right."

Kroger's decision will pressure other major competitors to follow suit. With nearly $123 billion in annual sales, Kroger is the second-largest grocer (behind Walmart, which is a mass discount retailer that gets half its $500 billion in sales from food).

"We're the first major retailer in the U.S. to do this," said Jessica Adelman, Kroger's vice president of corporate affairs, which oversees company environmental and sustainability efforts.

Only 5 percent of supermarket bags are recycled by consumers. Last year, Kroger collected almost 38 million pounds of plastic for recycling in those in-store bins at the front of stores.

Credit: Albert Cesare / The Enquirer
A customer carries their items from Kroger to their car in plastic bags in Newport, Ky., on Wednesday, Aug. 22, 2018.

The ban comes as several individual cities concerned about environmental impact have moved to outlaw such waste. Kroger officials said they decided to implement the transition at QFC because of the division's small size and half its stores already are under a ban enacted by Seattle in 2012.

The debate over plastic shopping bags has spread across the nation.

Last year, a statewide referendum on California's 2016 ban of plastic bags fell short of repealing the law, so it remains in effect.

Hawaii (where Kroger has no stores) has a de facto statewide ban as its largest counties have outlawed them. Other cities that have enacted bans on plastic shopping bags are Austin, Texas, Boston, Chicago, Los Angeles and San Francisco.

Other cities and counties that are beginning to crack down with fees are: Boulder, Colorado; Brownsville, Texas; Montgomery County, Maryland; New York City; Portland, Maine; and Washington, D.C.

"Though the majority of bills propose a ban or fee on bags, or improve recycling programs, most enacted legislation in recent years deals with preemption of local government action," said the National Conference of State Legislators in May. 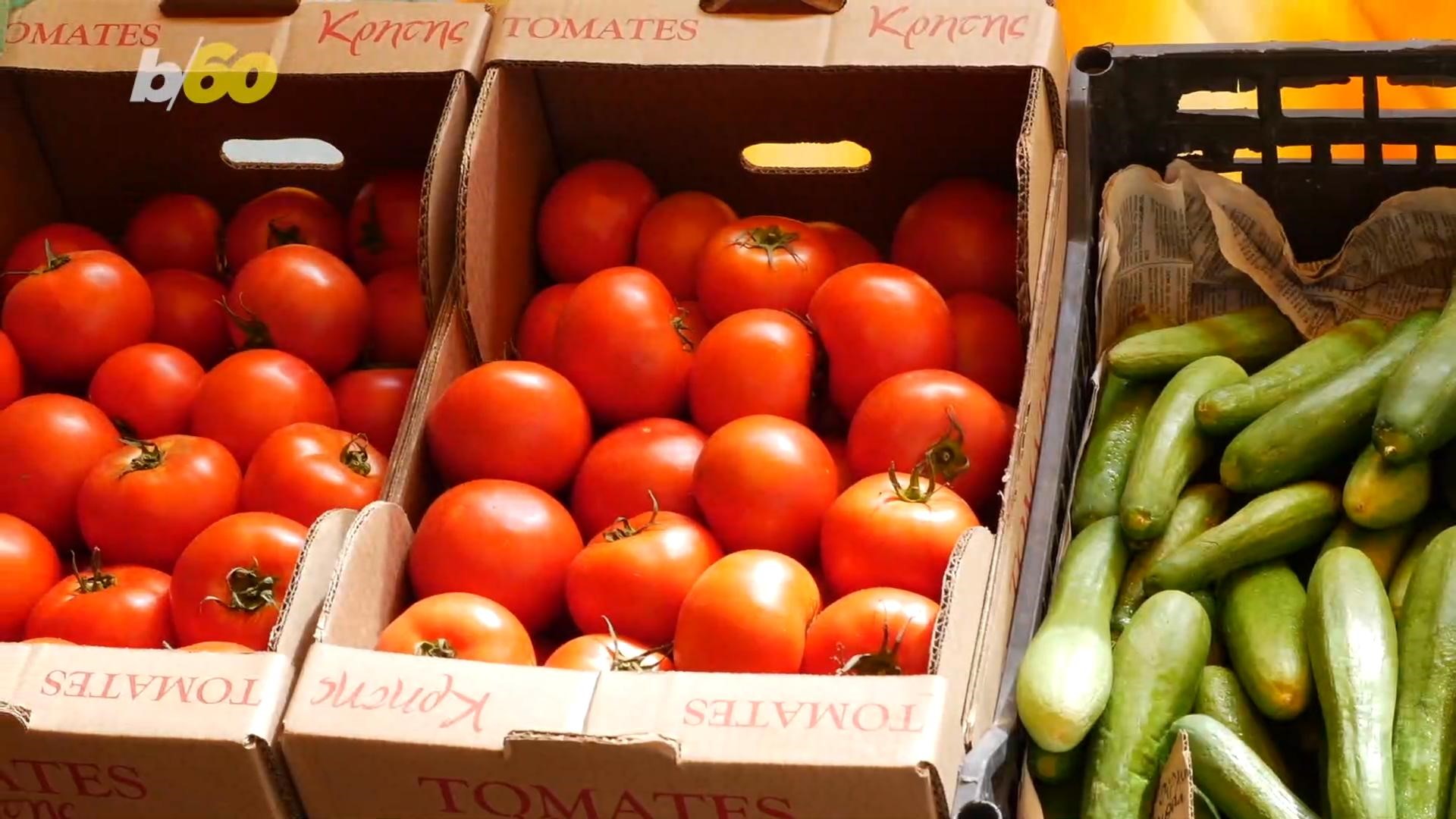