James was selected as an All-NBA player for a record 16th time, breaking the mark he shared with Kareem Abdul-Jabbar, Kobe Bryant and Tim Duncan. 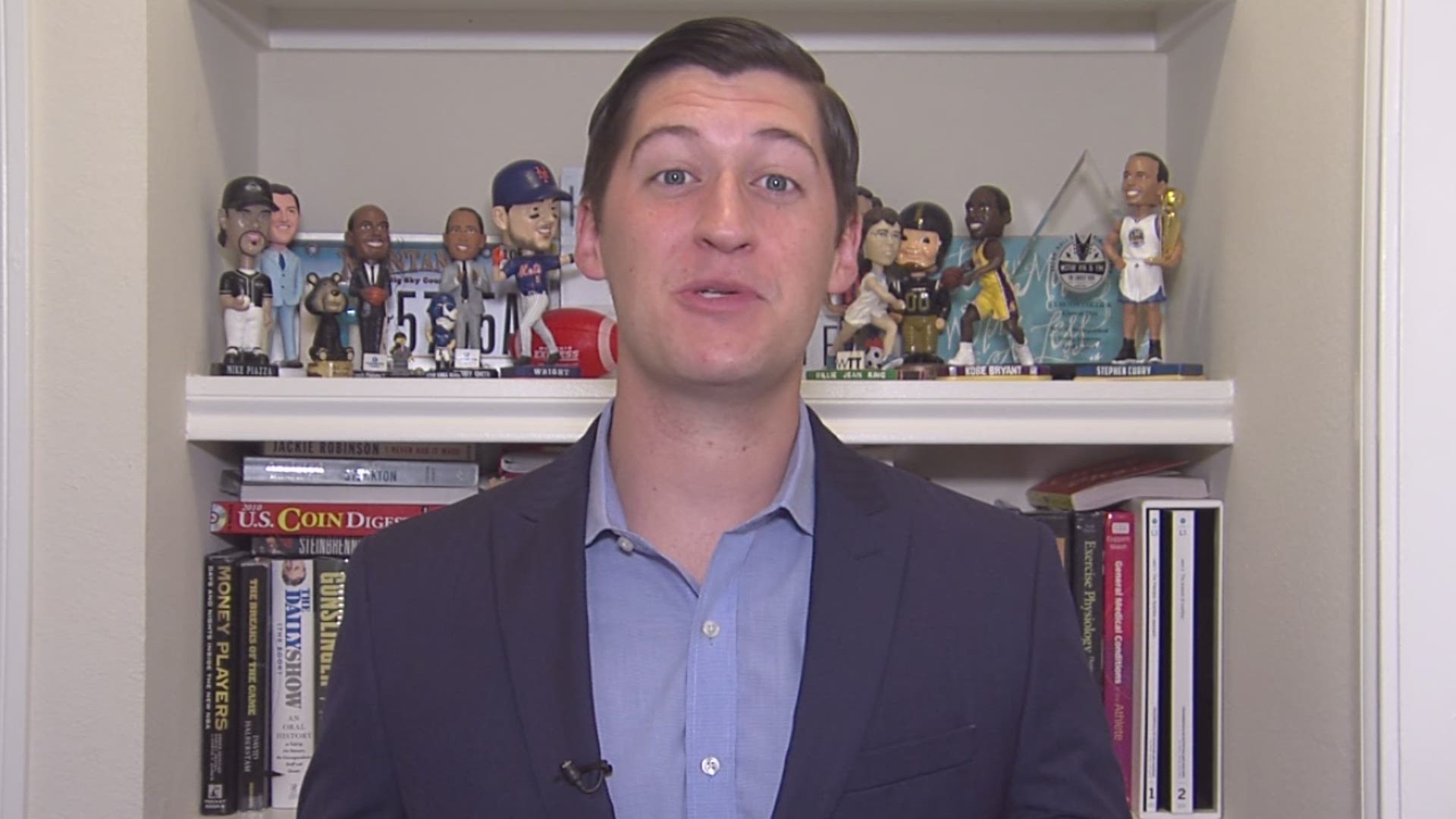 James was revealed Wednesday as an All-NBA player for a record 16th time, breaking the mark he shared with Kareem Abdul-Jabbar, Kobe Bryant and Tim Duncan. He was a first-team pick on all 100 ballots, joining Milwaukee’s Giannis Antetokounmpo as the only unanimous first-team selections this season.

Joining them on the first team: Houston guard James Harden, Lakers forward Anthony Davis and Dallas guard Luka Doncic, who got the nod in just his second season in the NBA — becoming the first player to get there in either his first or second season since Duncan did for San Antonio. Duncan was first-team in each of his first eight NBA seasons, starting in 1997-98 and going through 2004-05.

The 21-year-old Doncic is the sixth player to make All-NBA at that age or younger, joining Kevin Durant, James, Duncan, Rick Barry and Max Zaslofsky.

James is a first-team pick for the 13th time in his career, extending his record there. Bryant and Karl Malone were 11-time first-teamers. Antetokounmpo, the reigning MVP and the frontrunner to win the award again this season, was picked unanimously for the second consecutive year.

Paul and Westbrook are now nine-time All-NBA players, Harden a six-time choice, Lillard is a five-timer and Antetokounmpo, Leonard and Davis are four-time selections. Butler and Gobert are three-time selections, Jokic a two-time choice and Siakam, Tatum and Simmons all joined Doncic as being on the team for the first time.

Harden and Doncic appeared on all 100 ballots — though only James and Antetokounmpo were unanimous as first-team choices on every ballot. Davis and Jokic were on 99 ballots, and Leonard appeared on 98.

The voting was conducted based on regular-season games played through March 11, and voters had to choose two guards, two forwards and one center for each team. Milwaukee forward Khris Middleton did not make All-NBA even though he appeared on more ballots (60) than Simmons (43) and Westbrook (38); they made the team as guards. Philadelphia’s Joel Embiid got 39 votes and did not make the team either, after finishing fourth among centers.

Middleton led forwards who didn’t make the team in votes, Embiid did the same for centers and Washington’s Bradley Beal (26 votes) did the same for guards. Beal posted the 24th season in NBA history where someone finished with averages of at least 30 points and six assists — and became the first of those 24 to not make an All-NBA team.