It happened during an eruption of the Calbuco Volcano in Chile. 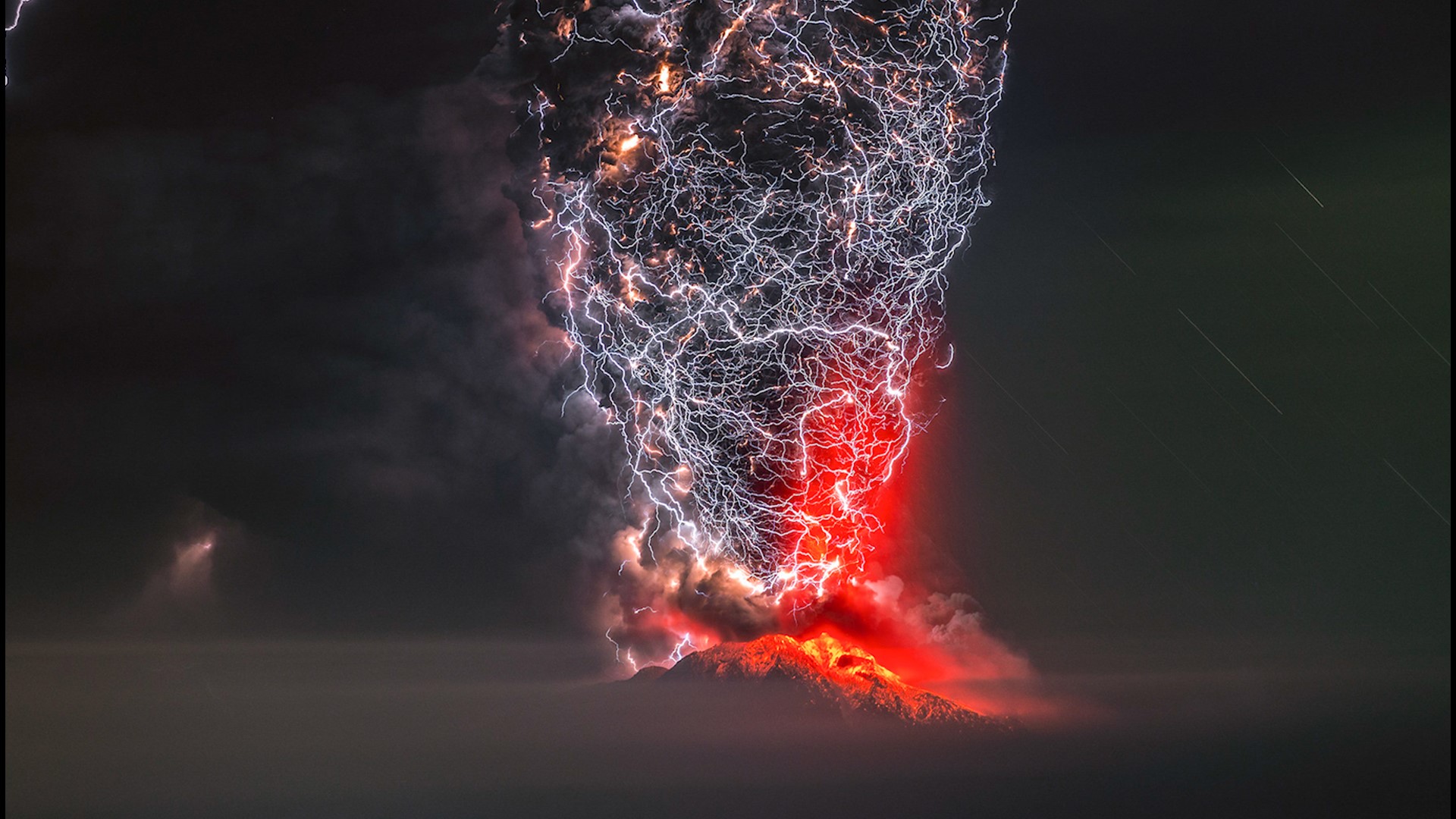 WASHINGTON — A photographer's stunning photo of lightning merging with an erupting volcano in Chile has won the inaugural "The Perfect Moment Photo Contest."

Francisco Negroni's photo called "The Perfect Fear" captured what is called a dirty thunderstorm during an eruption of the Calbuco Volcano. According to the photo description, a dirty thunderstorm occurs when "elements thrown from the bottom of the volcano collide on the outside causing positive and negative charges which produce lightning."

"It is the combination of the rarity of this natural phenomenon with the technical quality of the image that makes it so powerful and unique," judge Max Rive wrote.

Negroni won $2,000 cash, a metal print of his photo, and photography gear.

RELATED: 'Raft' of volcanic rock the size of Manhattan is floating toward Australia

The third prize went to Bence Mate for a photo of a bird called a cormorant shaking its wings. It caused water droplets to form a triangle around the bird.

Other photos that won prizes include a lamb leading the way as a flock of sheep cross a narrow suspension bridge; two praying mantises appearing to pose for the camera; a snail and lizard appearing to almost kiss; and a pair of stunning landscape scenes -- one of a frost-covered tree and the other of a desert scene -- that appear almost like they belong on another planet.

You can see more of the images from the contest here.