Man loses job in Maryland for being part of mob in US Capitol riots, company says

The name badge of the company Navistar was seen in a photo that DC Police provided of a man that was part of the mob that stormed the US Capitol Building. 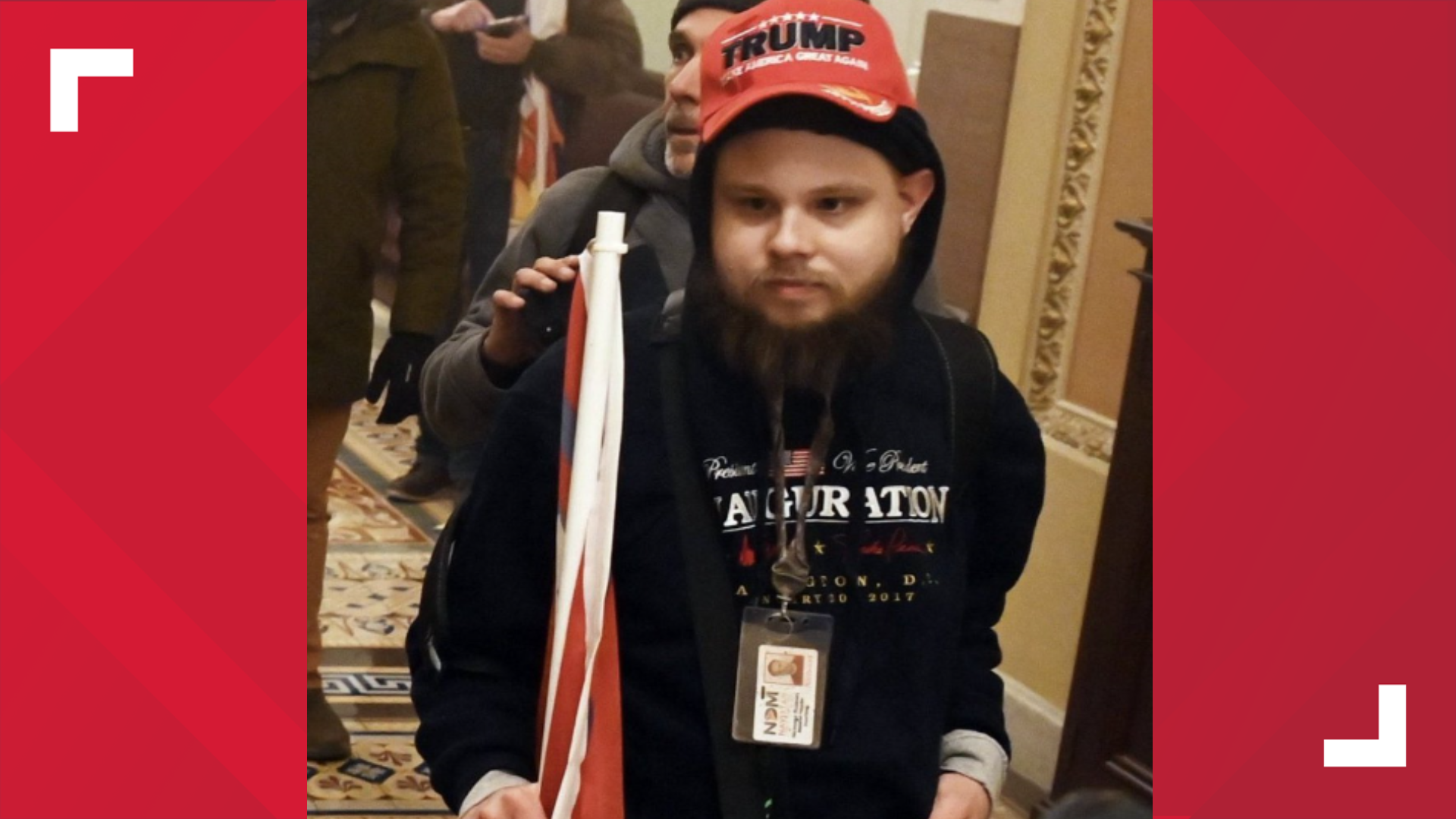 FREDERICK, Md. — A Maryland man was fired from his job after a picture of him with his company's name badge on a lanyard hanging from his neck was distributed by DC Police as a person of interest for his alleged participation in a mob that stormed the U.S. Capitol on Wednesday.

Navistar Direct Marketing, a digital and conventional printing company that has an office in Frederick, Maryland, released a statement on Thursday saying that they had fired the individual, but did not mention his name.They also said they were cooperating with authorities.

The picture was distributed alongside 25 other individuals listed as persons of interest for their roles in the insurrection at the Capitol.

RELATED: PHOTOS: DC Police is searching for these people involved in the Capitol riots

Credit: WUSA9
The name badge of the company Navistar was seen in a photo that DC Police provided of a man that was part of the mod that stormed the US Capitol Building.

"Navistar Direct Marketing was made aware that a man wearing a Navistar company badge was seen inside the U.S. Capitol on January 6, 2021 during the security breach. After review of the photographic evidence the employee in question has been terminated for cause.

While we support all employee’s right to peaceful, lawful exercise of free speech, any employee demonstrating dangerous conduct that endangers the health and safety of others will no longer have an employment opportunity with Navistar Direct Marketing."

Five people are dead, more than 80 have been arrested and at least 50 police officers were injured amid pro-Trump riots and demonstrations near and at the U.S. Capitol Wednesday, DC police say.

Trump supporters stormed the U.S. Capitol grounds around 2 p.m., breaking into the US Capitol Building around 2:45 p.m., making it as far as the House Chambers where just minutes before the U.S. Congress was beginning to certify the electoral college results.

A woman was shot and killed by a U.S. Capitol Police officer inside the U.S. Capitol building as Trump supporters tried to break into the House Chamber.

DC's Mayor Muriel Bowser and DC Police Chief Robert Contee III said that as the rioters tried to gain access to the House Chamber after breaking into the U.S. Capitol building, a plain-clothed US Capitol Police officer fired one shot, striking a woman. She was transported to a hospital where she was pronounced dead.