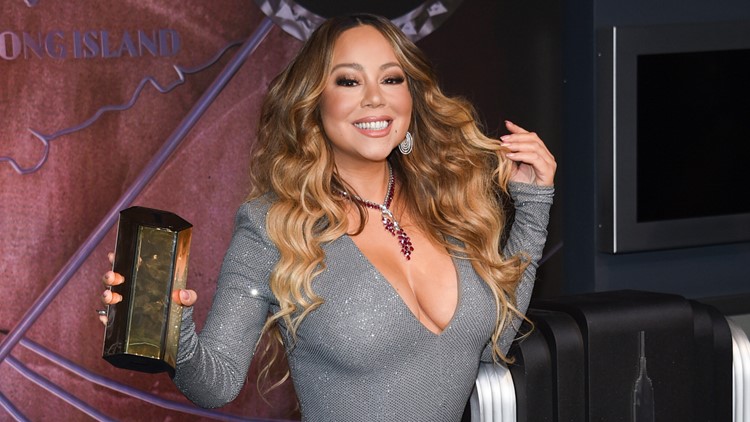 CBS News revealed the Songwriters Hall of Fame Class of 2020 in an exclusive announcement Thursday.

Being inducted into the Songwriters Hall of Fame is a significant accomplishment as there are currently only 400 inductees who make up the roster. Additionally, a songwriter with a notable catalog of songs will only qualify for induction 20 years after the first commercial release of a song.

"These legendary songwriters wrote mega-hits such as 'Visions of Love,' 'Sweet Dreams (Are Made of This),' 'Shout,' 'The Joker,' 'Hollaback Girl,' 'Heaven is a Place on Earth,' and 'Dancing In The Street,'" the Songwriters Hall of Fame said in a press release.

Mariah Carey, who has more number one hits than any solo artist, had yet to respond to the news Thursday morning. However, she did retweet CBS' Anthony Mason.

Mason also revealed the news by honoring Carey, nothing her hits as well as her "stunning five-octave range" and for co-writing the majority of her songs, including "All I Want For Christmas Is You."

The holiday smash hit recently hit No. 1 on the Billboard Hot 100 during the 2019 holiday season. It was the first time in 25 years, since its release in 1994. According to Vox, the song was first released as a noncommercial single which made it ineligible for the Hot 100 chart.

Many fans responded on Twitter to Carey's Hall of Fame induction saying the achievement is "long overdue."

The induction event is scheduled for Thursday, June 14 at the Marriott Marquis Hotel in New York City.