Officials initially reported that 11 marines, one navy medic and another service member were among those killed. 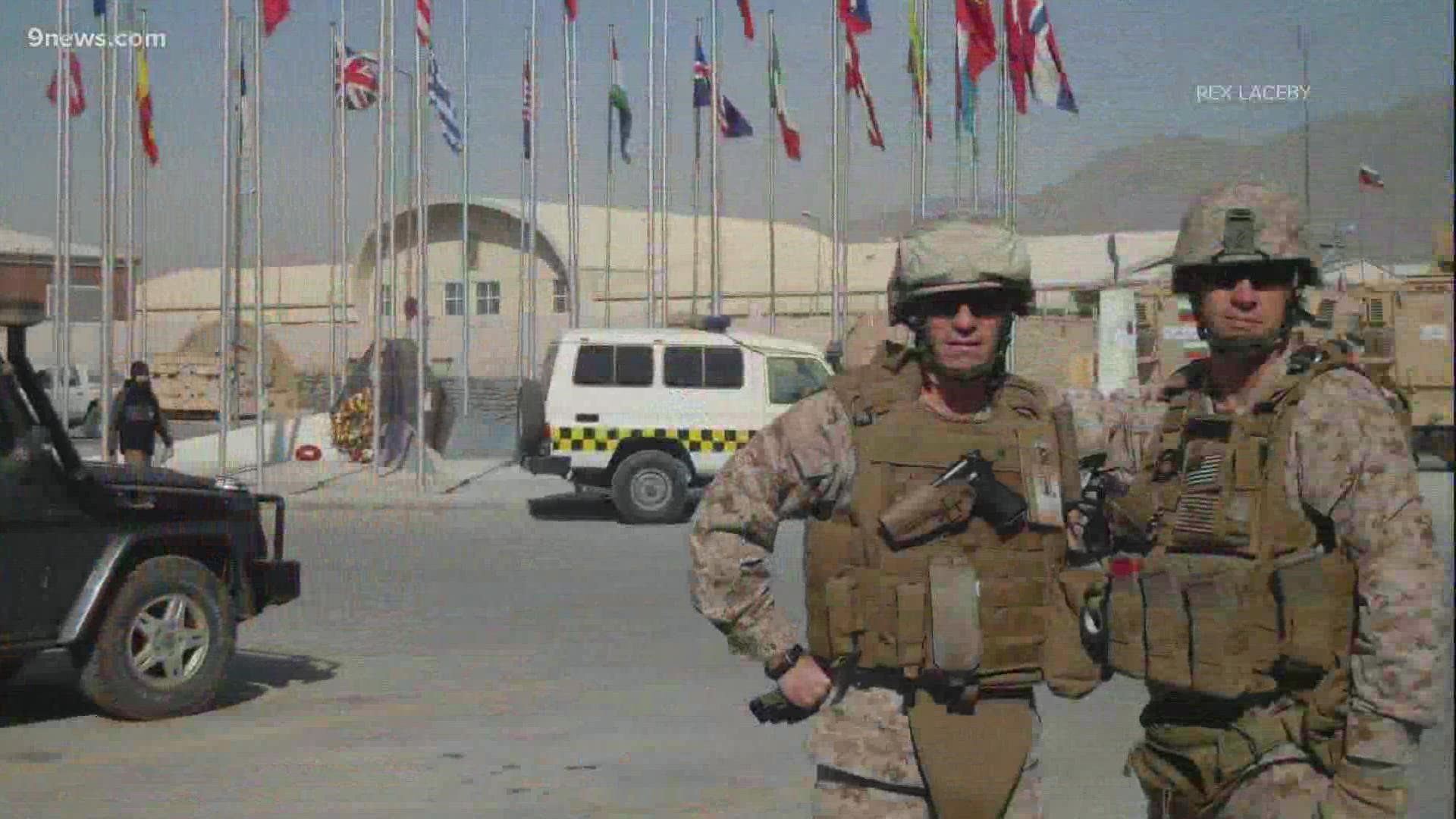 DENVER — An attack at Kabul's airport killed at least 95 Afghans and 13 U.S. troops on Thursday as the U.S. continues its withdrawal from the country, and thousands try to escape.

ISIS-K is reportedly the group behind the attack, and President Joe Biden addressed the attacks Thursday afternoon.

Officials initially reported that 11 marines, one navy medic and another service member were among those killed.

While criticism of the U.S.'s strategy to withdraw from Afghanistan remains, both experts and veterans are reacting to Thursday's attack itself and where the U.S. goes from here.

Rex Laceby is a retired Marine Corps Officer that served 21 years of active duty, including a tour in Afghanistan.

He was in Colorado Springs at a space symposium when he learned of the attacks.

"My phone just - I had like seven messages, social media blowing up friends saying, 'hey, sorry about your loss.'" he said. "And it's just such a travesty that we came to this spot."

He also said with the way the withdrawal of troops happened, an attack like this he felt was likely to happen, but no less heartbreaking.

"It's just heartbreaking. This could've been my Marines. It could've been myself " he said. "now it's embarrassing all the time and the effort and the billions of dollars we spent and the lives trying to do something good, trying to stabilize the region, protecting the Afghan populace for the first time, giving them a chance to fight the Taliban. And just how fast we withdrew and how poorly we did it, and now we're, you know U.S. and Afghan lives. It's not going it's not gonna be the last it's going to keep happening."

He adds that one of the issues surrounding the withdrawal strategy extends back earlier in the summer, specifically relating to the Bagram Airfield.

"As someone who's been to several Iraq and Afghanistan deployments, to Southeast Asia deployments, it just blows my mind that the most important airfield in the region, Bagram Airfield, that should have been the last airport probably used," he said.

In Laceby's opinion, he felt the presence should have been maintained in the region.

"I'm not a policymaker, but as someone who's been commander of Marines in the field, we really botched this is we need to learn better," he said. "We just didn't learn from past mistakes, especially under tactical withdraws. And now we're paying for it and we're paying for it with U.S. lives and those family members that gave the ultimate sacrifice "

Nader Hashemi is the Center for Middle East Studies director at the University of Denver, whose expertise ranges to the intersection of religion and politics in the Middle East and, in this case, the broader Islamic world.

"No one was expecting this particular type of atrocity to happen at this moment," Hashemi said about the attack. "The focus very much was on the Taliban, their conquest of Afghanistan, the evacuation effort at Kabul airport. But roughly for the last four days, this issue has been on the radar screen. No one expected that it would happen this quickly. But clearly, the Biden administration was warning that something like this was inevitable and it happened today."

He said, with respect to the particular issue of policy failure, the Biden administration has to take on their own share of the problem but also said the conflict itself, in general, shouldn't have the blame pinned on a particular president or political party.

"But the deeper I think the question here that we need to think about and reflect upon for many years to come, in fact, I've been arguing that we need a 9/11 style commission of inquiry, bipartisan commission to look back over the last 20 years to figure out why we effectively lost this war and had to leave in such a humiliating way," he said. "That's something that I think the entire country needs to own. Republicans, Democrats, those people over the last four administrations, those people in power who were making the decisions they owe the American people, the American taxpayer, the people of Afghanistan, full explanation over why they got this conflict so terribly wrong."

Because the terror group ISIS-K is claiming responsibility for the attack, Hashemi suspects that the group is now a sort of mutual enemy for both the U.S. and Taliban, which he believes may result in some sort of cooperation to take down the group in the future.

"There is the convergence of interest, both the United States and the Taliban, for their own reasons, to have an interest in trying to crush this organization responsible for today's bombing in Kabul," he said, adding that the possibility of sharing intelligence could be used. "my own view is we need to be very practical. We need to be very sort of honest in how things have changed in Afghanistan recently. And if the Taliban is willing to live up to their end of the bargain in terms of using any intelligence that the United States has to go after this organization and try and crush them - And I think there's room for cooperation here."

RELATED: No, these images and video do not show the explosions near Kabul’s airport