There are several groups hosting virtual and in-person events this weekend where you can honor fallen service members and their families. 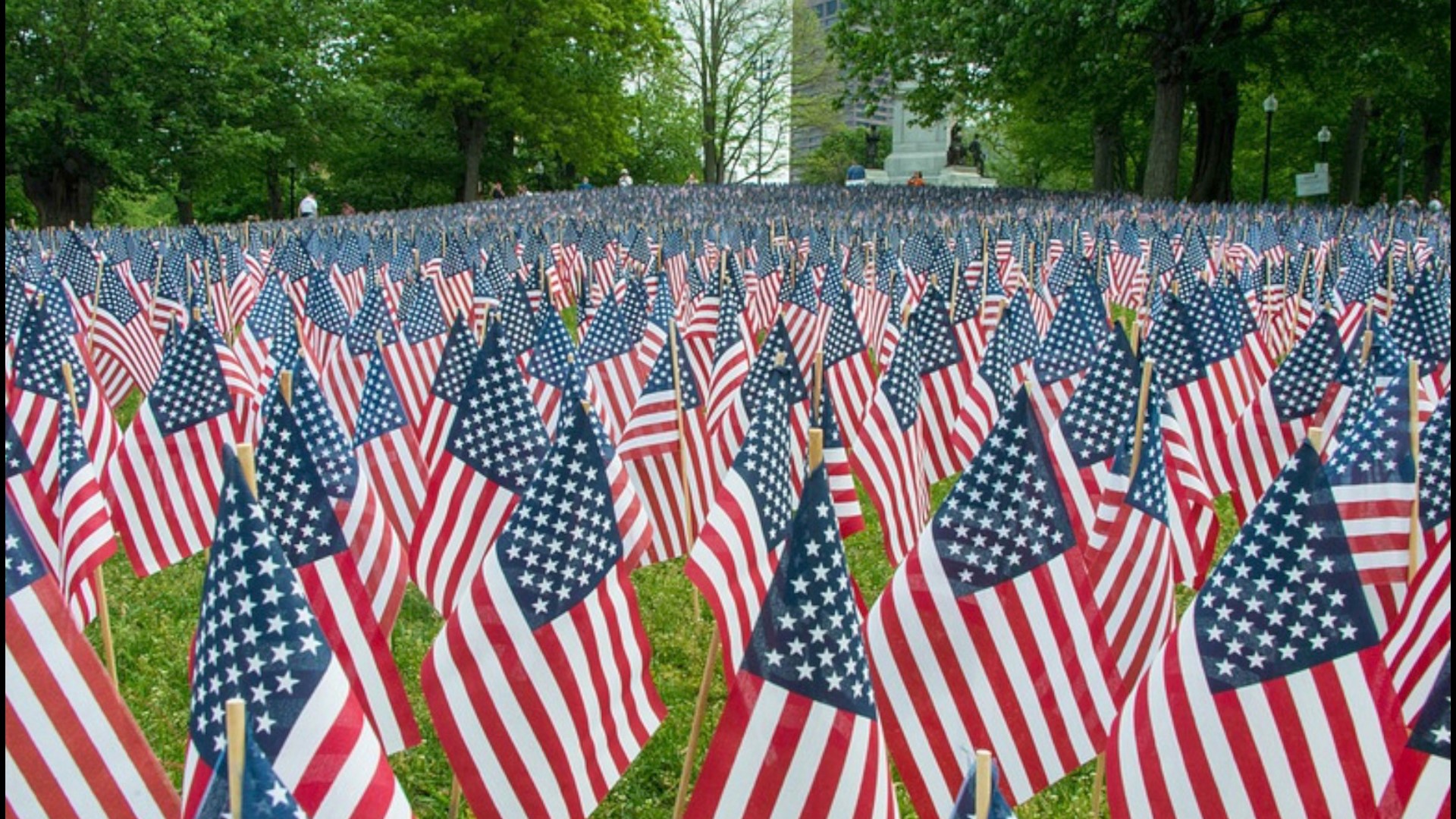 WASHINGTON — With the national COVID-19 vaccination campaign well underway, many communities around the country are once again holding in-person parades and ceremonies for this Memorial Day weekend.

While this weekend marks the unofficial start to summer, the federal holiday serves as a day to remember those who have died while serving in the U.S. Armed Forces.

A May 2020 poll found only 43% of Americans know what Memorial Day represents, but 83% believe it's important to do something to commemorate the day.

Here are several ways you can remember those who gave the ultimate sacrifice.

The annual concert is typically held on the West lawn of the U.S. Capitol, but for the second year in a row the festivities will be pre-taped.

Tony-winning actor Joe Mantegna and actor Gary Sinise will return as the co-hosts of the event.

The concert airs Sunday, May 30 at 8 p.m. Eastern on your local PBS station.

During normal times, the National Mall in D.C. is graced with hundreds of thousands of poppies to honor veterans, but this year, it's gone virtual again.

In 2018 and 2019, USAA's Poppy Wall of Honor was constructed on the National Mall in Washington, D.C. over Memorial Day weekend. One side of the wall contained more than 645,000 artificial poppies to represent each of the lives lost in the line of duty since World War I. The other side of the wall shows historic facts about U.S. conflicts.

Due to COVID-19, the "wall" is once again virtual and people are encouraged to "post a poppy" online at this link.

"It's our most sacred holiday," John Bird, retired U.S. Navy Admiral and senior vice president at USAA told Fox 43, "It's the one day we set aside a year to remember the men and women who have been lost in combat, who paid the ultimate sacrifice so that we could enjoy our holidays, our weekends, and our wonderful set of freedoms."

Since WWI, more than 645,000 service members have given their lives for our freedom. This week is about honoring and remembering their sacrifice. #HonorTheFallen #MemorialDay pic.twitter.com/pon95ikf0w

Google Arts and Culture has created virtual tours for several of the U.S. war memorials located in Washington, D.C. The tour can be found online here.

The organization will be holding a small in-person event at the Vietnam Veterans Memorial, but will also be holding a virtual live commemoration at 1 p.m. Eastern on Monday, May 31.

All 155 VA national cemeteries will be open Memorial Day weekend from dawn to dusk. Cemeteries with full staffs will also hold brief wreath-laying ceremonies followed by a moment of silence and taps over Memorial Day weekend, but these will not be open to the public, the Veterans Affairs Office of Public and Intergovernmental Affairs said in a release.