The gift exchange turned into a Twitter meme after the former first lady appeared to give first lady Melania Trump the side-eye. 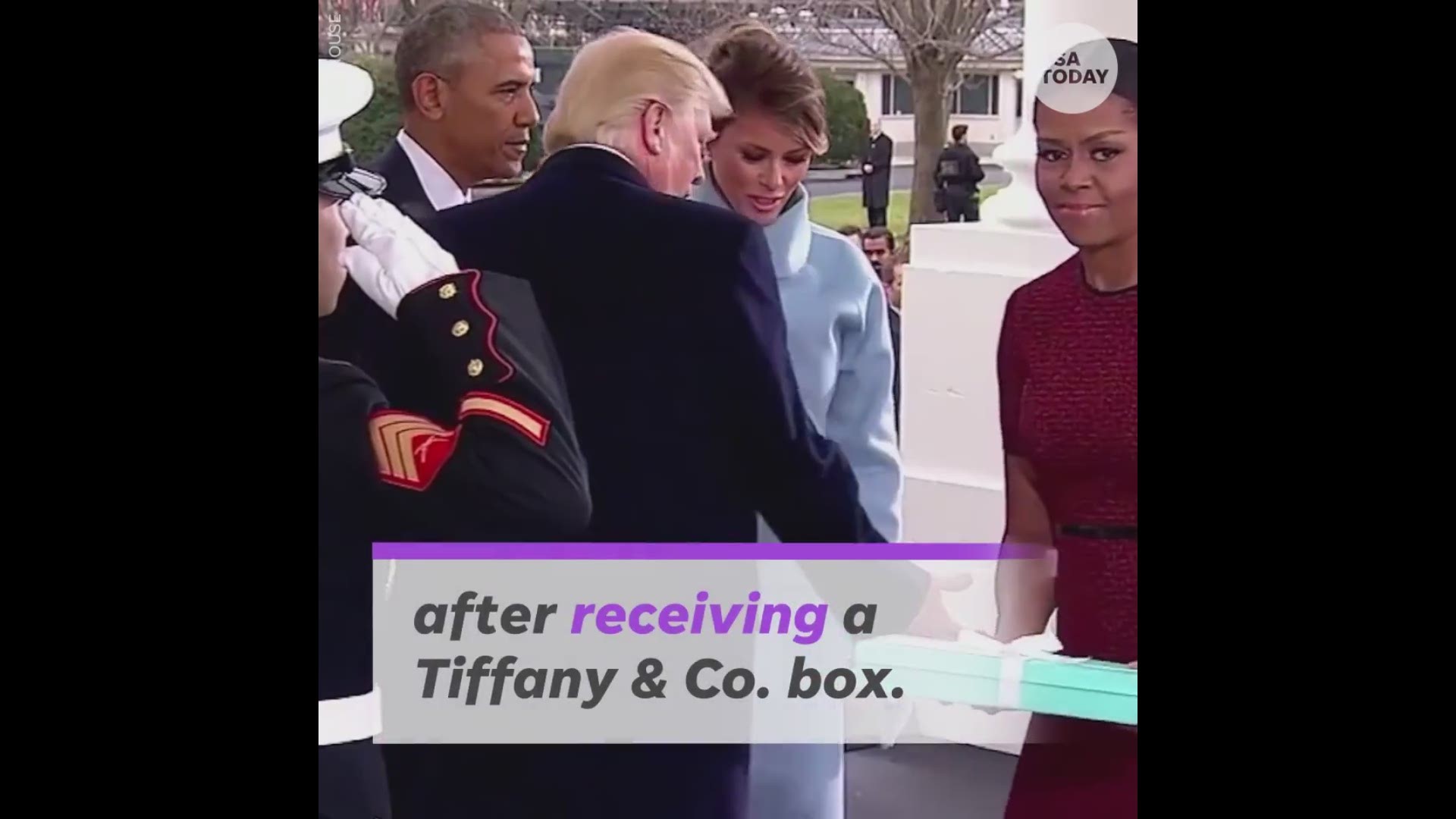 Michelle Obama is telling Ellen DeGeneres all about the present that caused a social media stir on President Trump's Inauguration Day in her first television interview since exiting the White House.

In January 2017, Twitter instantly turned the moment when the former first lady appeared to give first lady Melania Trump the side-eye after receiving a large Tiffany & Co. box into a meme.

"When the transfer was happening, when Donald Trump and his wife were moving into the White House, there was a gift exchange," the newly 60-year-old DeGeneres reminds viewers in an episode airing Thursday.

"There’s all this protocol," she adds. "This is like a state visit, so they tell you that you’re going to do this, they’re going to stand here.

"Never before do you get this gift, so I’m sort of like, 'OK, what am I supposed to do with this gift?'" Obama says, narrating as a clip of the exchange playing on a large screen behind her.

"Everyone cleared out and no one would come and take the box, and I’m thinking, 'Do we take the picture with (it)?' And then my husband saved the day — see he grabbed the box and took it back inside. But everybody cleared out — no staff, no one. I was like, 'What do you do with the box?'"

And what was inside the box that created all of the commotion? Obama told DeGeneres: "It was a lovely frame."

The meme-worthy exchange might've been avoided had Obama remembered the stealthy moves of Laura Bush. When Barack Obama took office in 2009, his wife also presented the outgoing first lady with a gift. Bush discretely hid the cream box with red ribbon behind former President Obama's back for the photo op.