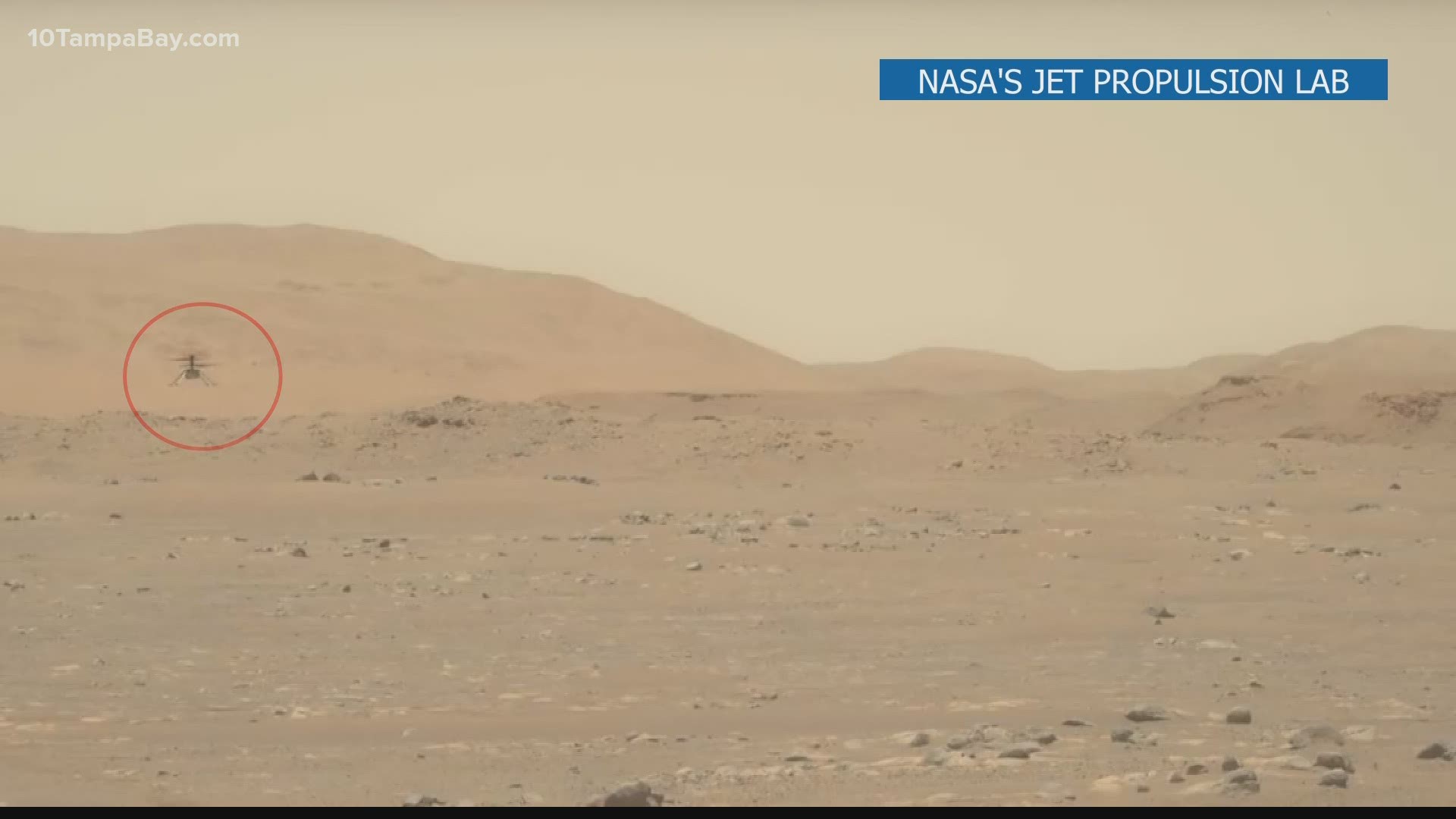 Instead of wrapping up flight tests at the beginning of May, NASA is giving its Ingenuity helicopter at least an extra month to tackle tough new terrain and serve as a scout for its companion rover, Perseverance.

Officials announced the flight extension Friday, following three successful flights over the past month for the $85 million tech demo. Ingenuity was attempting its fourth flight Friday afternoon; Thursday’s effort failed because of a known software error.

On its fifth flight in a week or so, the chopper will move to a new airfield on Mars, allowing the rover to finally start focusing on its own rock-sampling mission. The rover is seeking signs of ancient life at Jezero Crater, home to a lush lakebed and river delta billions of years ago.

The helicopter team at NASA's Jet Propulsion Laboratory in Pasadena, California, expects to chalk up a sixth and seven flight in May. The previous limit had been five. If all goes well, the helicopter mission could go even longer.

“Ingenuity loves Mars,” project manager MiMi Aung told reporters. “It takes off and I almost feel the freedom that it feels."

Now Perseverance will take priority, scoping out the rocks around the Feb. 18 landing site. Ingenuity hitched a ride to Mars on the rover's belly. Managers expect the rover to collect its first sample in July for return to Earth in a decade.

The rover will continue to relay data and pictures from the helicopter, but stop taking its own chopper shots. The two spacecraft must be within a half-mile (1 kilometer) of one another, for communication relay.