Some of Biden's nominees are facing a series of confirmation hearings. No one is likely to be confirmed by the time Biden takes the oath of office. 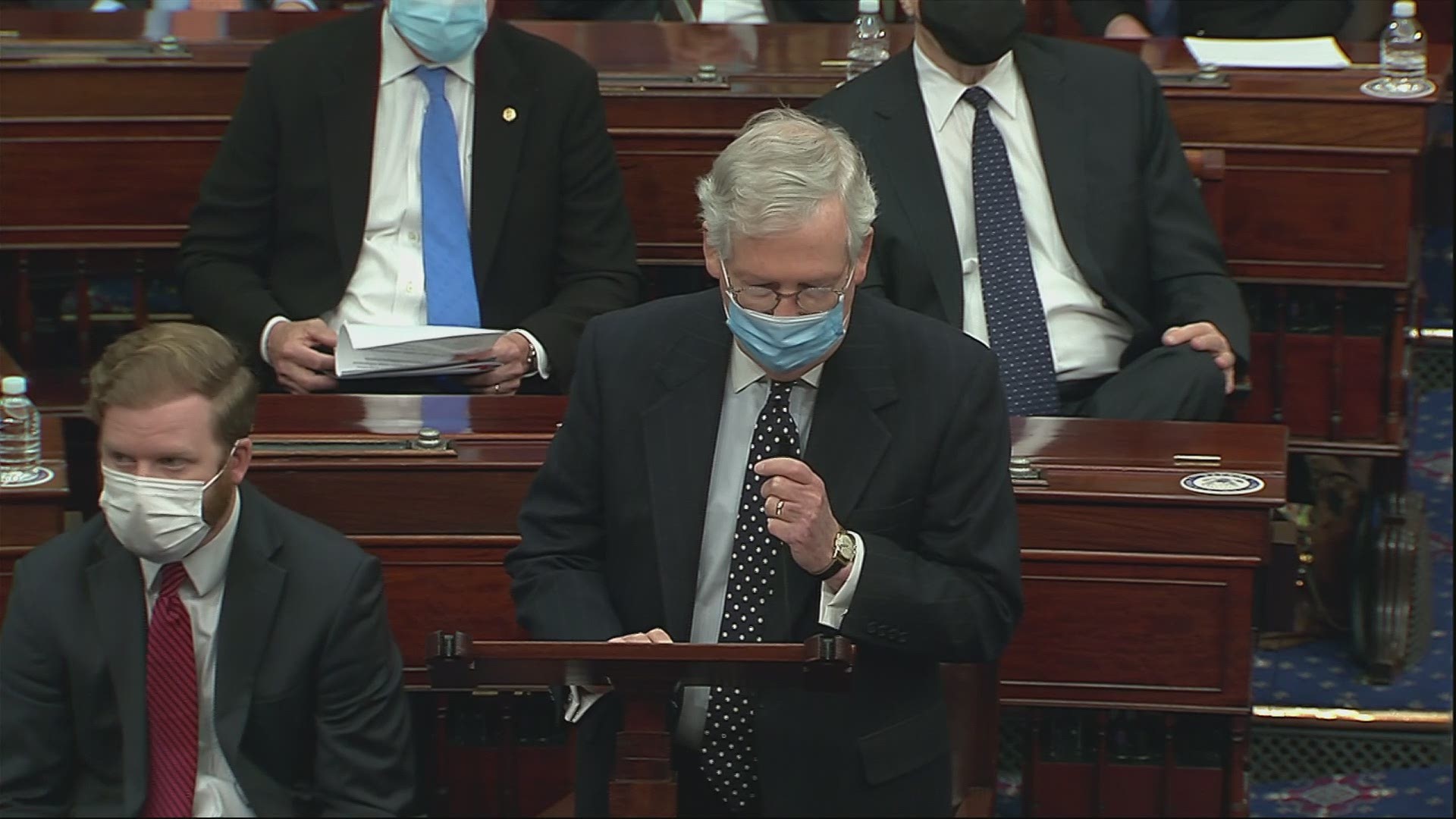 WASHINGTON, D.C., USA — President-elect Joe Biden’s nominees to lead his national security team promised a turnabout from the Trump administration’s approach on the world stage, saying Tuesday they would keep partisan politics out of intelligence agencies, restore an emphasis on cooperating with international allies, and push for a stronger American leadership role.

Antony Blinken, Biden's choice to be secretary of state, pledged to repair damage done to the State Department and America's image abroad over the past four years while continuing a tougher approach to China. He said he planned to restore career officials to prominent positions in the department and strive to promote inclusivity in the ranks for the diplomatic corps.

"American leadership still matters,” he said at his confirmation hearing before the Senate Foreign Relations Committee.

RELATED: Inauguration Day 2021: What we know about the plans so far

Biden’s pick to lead the intelligence community, Avril Haines, promised to “speak truth to power” and keep politics out of intelligence agencies to ensure their work is trusted. Her remarks implied a departure from the Trump administration’s record of pressuring intelligence officials to shape their analysis to the president’s liking.

“When it comes to intelligence, there is simply no place for politics — ever,” she told the Senate Intelligence Committee.

Putting his national security team in place quickly is a high priority for Biden, not only because of his hopes for reversing or modifying Trump administration policy shifts but also because of diplomatic, military and intelligence problems around the world that may create challenges early in his tenure.

Biden's choice to head the Pentagon, Lloyd Austin, focused his opening statement on an entirely different issue — his status as a recently retired Army general, which would disqualify him from being secretary of defense without a congressional waiver of a law that prohibits a military officer from holding the job within seven years of leaving the service.

Addressing the Senate Armed Services Committee, Austin, who served 41 years in the Army, vowed to surround himself with qualified civilians and include them in policy decisions. He said he has spent nearly his entire life committed to the principle of civilian control over the military.

“I know that being a member of the president’s Cabinet — a political appointee — requires a different perspective and unique duties from a career in uniform,” Austin said. “I would not be here, asking for your support, if I felt I was unable or unwilling to question people with whom I once served and operations I once led, or too afraid to speak my mind to you or to the president.”

Austin, who would be the first Black secretary of defense, said he understands why some have questioned the wisdom of putting a recently retired general in charge of the Defense Department.

“The safety and security of our democracy demands competent civilian control of our armed forces, the subordination of military power to the civil,” he said.

Although the committee gave no indication it would oppose Austin’s nomination, at least one Republican – Sen. Tom Cotton of Arkansas — and one Democrat – Richard Blumenthal of Connecticut — said they would not vote for a waiver. Neither said he would vote against the nomination if he gets the waiver. Cotton said he opposes the waiver as a matter of principle, and that he regrets having voted in favor of waiving the 7-year waiting period for Jim Mattis, the retired Marine general who was Trump’s first defense secretary.

Notably, the issue Austin was quizzed about most often during his hearing was sexual assault, which has been a persistent problem that previous Pentagon leaders have been unable to solve. He vowed to “fight hard to stamp out sexual assault.”

Austin pledged that the Pentagon will “work hand-in-glove” with the State Department. Like Blinken, Austin said he views China as the leading international issue facing Biden's national security team.

Blinken, who previously served as deputy secretary of state during the Obama administration, said that Iran also would be a primary focus. He said he believed that the nuclear deal Trump withdrew from in 2018 should be reinvigorated with an eye toward producing “a longer and stronger agreement.”

“Having said that,” he said, suggesting that Iran would not be an immediate priority, “we’re a long way from that.”

On China, Blinken said the Trump administration was right to take a tougher stance. But, he said it had approached the matter poorly by alienating U.S. allies and not fully standing up for human rights around the world.

“As we look at China, there is no doubt that it poses the greatest threat of any nation state to the United States,” he said.

Blinken said Biden would enter office with a plan to extend the New START arms control treaty with Russia that expires in February. The Trump administration made a failed last-ditch effort to extend the treaty on terms Russia rejected.

Republicans are expected to broadly support the Austin nomination, as are Democrats. Haines and Belkin encountered no significant resistance at their confirmation hearings.

Haines, a former CIA deputy director, would be the first woman to serve as director of national intelligence, or DNI — a role created after the Sept. 11, 2001 terrorist attacks.

Also testifying Tuesday at his confirmation hearing was Alejandro Mayorkas, Biden’s nominee for secretary of the Department of Homeland Security. He would be the first Latino and first immigrant to lead the agency.

Sen. Josh Hawley, a Missouri Republican, said that he would block a procedural move to bypass full committee consideration of the Mayorkas nomination. The move means the nomination must go to the full Senate and there’s little chance he can be confirmed by Wednesday.

In response, Biden transition spokesman Sean Savett noted that the Senate held swift votes to approve DHS secretaries on the first day of administrations in 2009 and 2017. “Senator Hawley’s threat to disrupt historical practice and try to leave this vital position vacant is dangerous, especially in this time of overlapping crises when there is not a moment to waste,” Savett said.

Credit: AP
FILE - In this Jan. 8, 2021, file photo, President-elect Joe Biden speaks during an event at The Queen theater in Wilmington, Del.