Last year's bee was canceled because of the coronavirus pandemic. It was the first year without the contest since World War II. 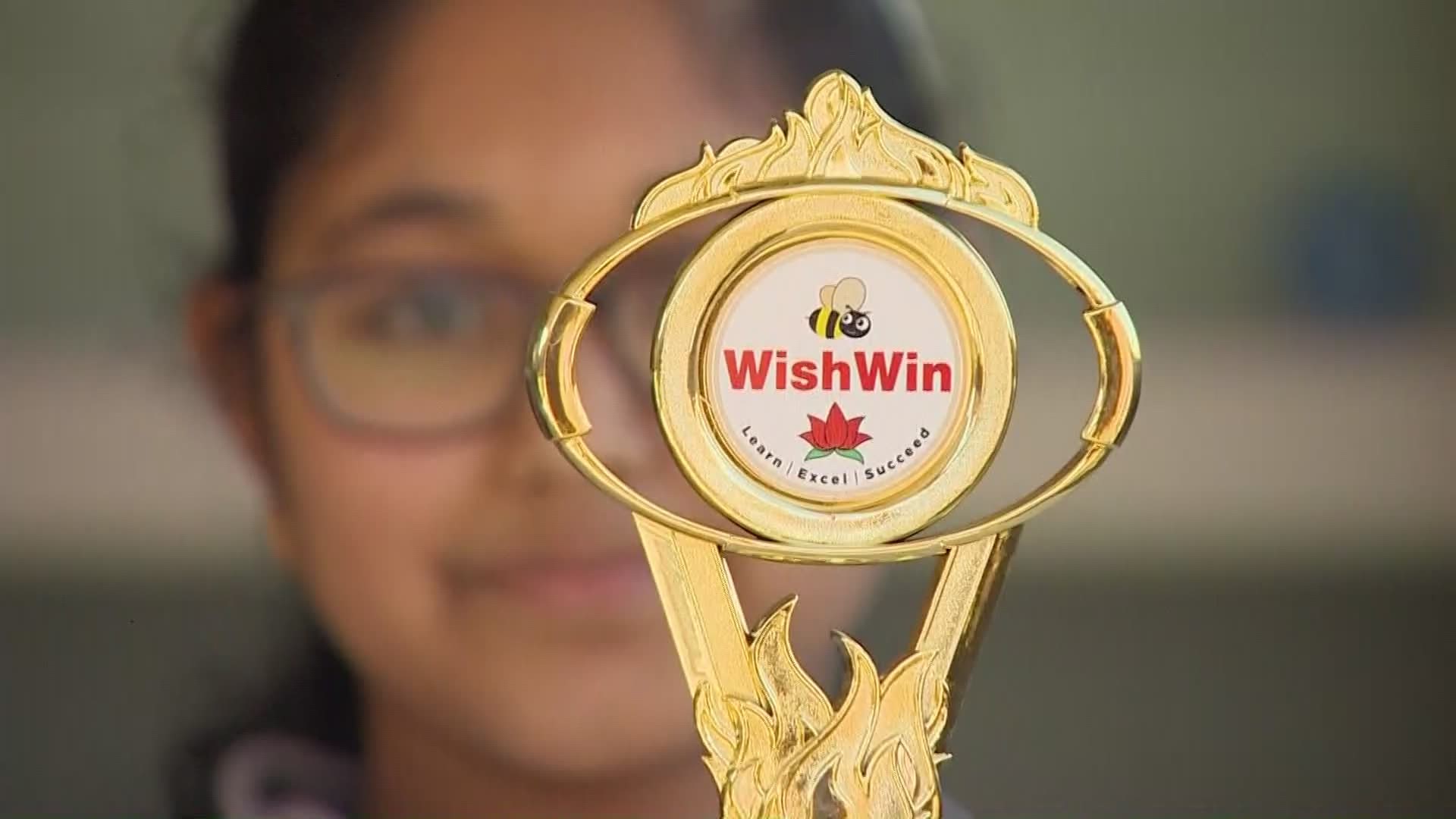 WASHINGTON — Editor's Note: The video above is from April 2020.

The Scripps National Spelling Bee will return this year in a mostly virtual format, with the in-person competition limited to a dozen finalists who will gather on an ESPN campus at Walt Disney World in Florida, Scripps announced Monday.

Last year's bee was canceled because of the coronavirus pandemic, the first time since World War II it had been called off. Organizers said they did not believe a large gathering at the bee's longtime venue — a convention center outside Washington — would be possible this year for the competition's usual date around Memorial Day.

Instead of compressing the entire competition into a week — spellers routinely refer to Bee Week as a highlight of their young lives — the bee will be stretched over several weeks. The preliminary rounds will be held in mid-June, the semifinals on June 27 and the ESPN-televised finals on July 8.

“We gave up on the idea of Bee Week early on because we knew we couldn't bring hundreds of people to one location safely,” Carolyn Micheli, the bee's interim executive director, told The Associated Press ahead of the announcement.

“We came up with what I think is a pretty exciting and creative way of structuring the competition across several weeks that will be fun for the kids, build excitement, and I think it's a great way to cope with a difficult situation,” she added.

The cancellation of last year's bee was a particularly cruel blow to eighth-graders who missed out on their final chance to compete after years of preparation. Top spellers routinely study obscure words, roots and language patterns for hours a day, sacrificing other activities and social life for a chance to become the national champion. Spellers are no longer eligible after they reach high school.

“A lot of spellers, including me, were really heartbroken when we couldn't get the chance to actually go to Scripps and experience that entire week, that amazing experience again,” said Harini Logan, a 12-year-old seventh-grader from San Antonio who hopes to contend this year.

Several online bees were held last summer by other organizations to give opportunities to those eighth-graders, but none of those events held the prestige of the ESPN-televised Scripps competition, with its $50,000 top prize, national media exposure and nearly 100 years of history.

“I have never really stopped or slowed down,” Harini said of her bee preparation. “I have tried to keep my pace of work and study as consistent as I can keep it throughout these uncertain times.”

Scripps surveyed spellers and their families about what they'd like to see in the 2021 bee, and the overwhelming majority said they just wanted assurances that the competition would be held in some form, said Corrie Loeffler, the bee's editorial director.

The bee will be limited to about 200 spellers — a 64% reduction from the 2019 event, which had 562 participants, and about half the number that had been planned for 2020. A wild-card program introduced in 2018 as an opportunity to bring in more spellers from highly competitive regions has been discontinued, meaning most spellers will have to use the traditional qualification route of winning regional bees.

Spellers who live in areas that lack sponsored regional bees can compete and earn a spot at nationals through online qualifying bees organized by Cincinnati-based Scripps.

Another change: There will be no written spelling and vocabulary test to narrow the field to 50 or so semifinalists. Virtual format notwithstanding, the bee will return to its roots as a purely oral spelling competition. That means Scripps will have to use more challenging words in the early rounds.

In the 2019 bee, the words used in the final rounds became a major issue. Scripps had to use the most difficult words on its list just to identify a group of prime-time finalists, and the bee ended in an eight-way tie because organizers didn't want the competition to be decided by physical endurance as it dragged late into the night. That result drew criticism from those who said Scripps relies too heavily on words that entertain the TV audience but don't present meaningful challenges to the spellers.