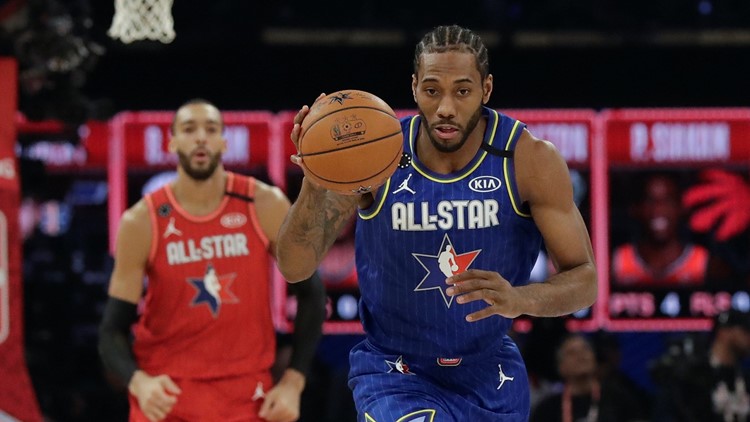 Photo by: AP
Kawhi Leonard of the Los Angeles Clippers drives during the first half of the NBA All-Star basketball game Sunday, Feb. 16, 2020, in Chicago. (AP Photo/Nam Huh)

Leonard was named the Kobe Bryant All-Star MVP and made eight 3-pointers to finish one shy of Paul George's All-Star record in 2016.

Davis missed the first attempt, then sank the winning free throw after Kyle Lowry grabbed him as he attempted to catch a pass in the paint.

There was a target score of 157 set at the start of the fourth quarter to win the game. Whichever team reached it first was the winner, so Davis' free throw ended the game.

The first three quarters were mini-games. The team winning each quarter would have a donation made to charity.

For the fourth quarter, the scores for each team of the first three quarters was added up -- Team Giannis 133, Team LeBron 124. The target score was set at 157 -- 24 more points than what the leading team had. The 24 was in honor of Kobe Bryant. The quarter was untimed, so whichever team reached 157 first won, meaning the game would have to end on made basket.