In Louisiana, no idea when coronavirus case spike might ease

Louisiana has the highest per-capita rate of new cases across the country, with more than 30,000 people testing positive for COVID-19 over the last week. 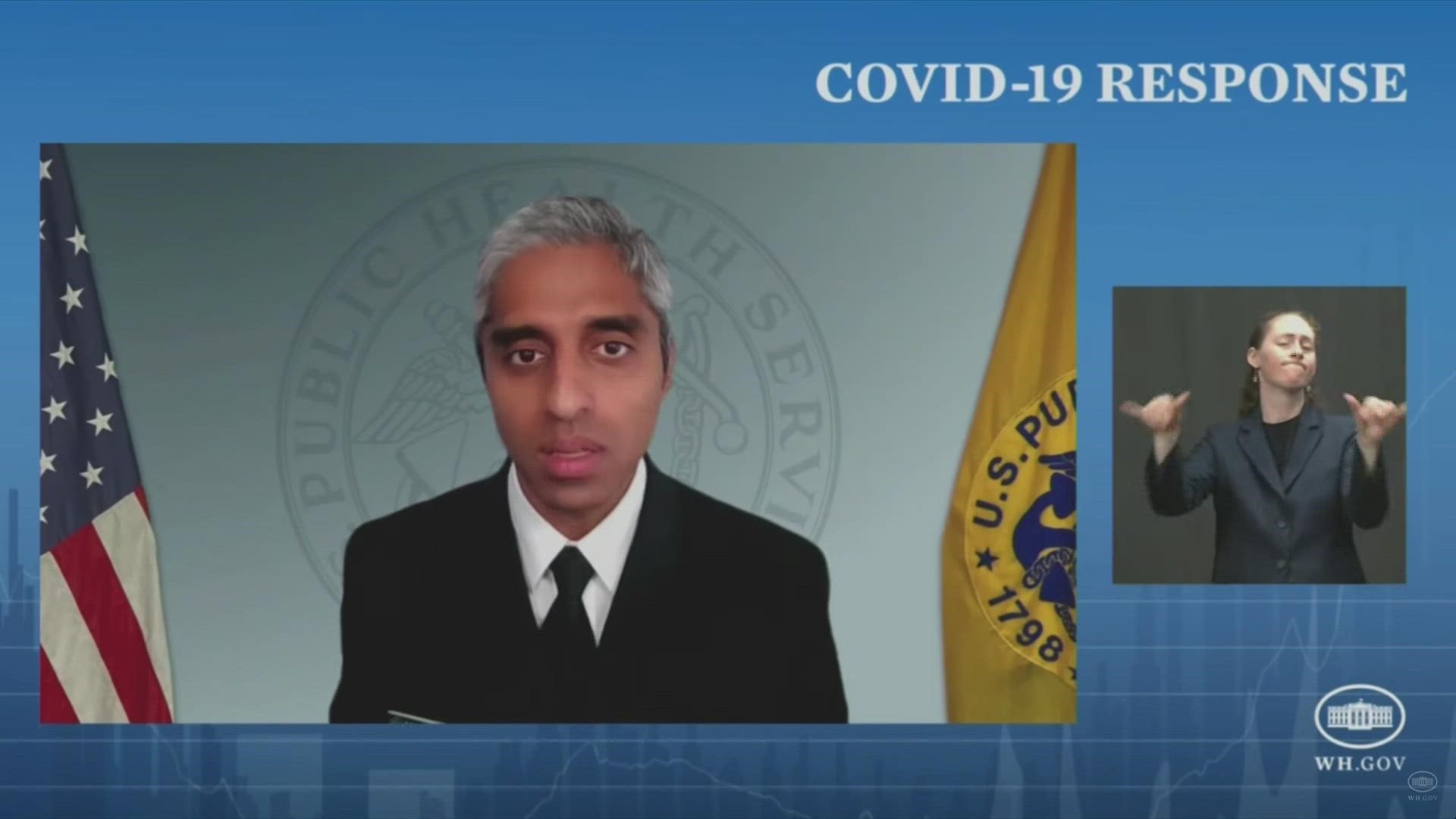 Brian Crawford, chief administrative officer for the Shreveport-Bossier City area health system, said the system has been able to cope so far, with 20% of the hospitals' beds filled with COVID-19 patients. Nearly 90% of them are unvaccinated, a point the hospitals are now emphasizing on social media.

But unlike the three earlier surges that hit Louisiana, Crawford said this one could last for months, straining hospitals beyond their capacity. As caseloads grow exponentially, he said the state health department isn't even giving hospitals a projection of when it expects this surge to lessen.

“The other waves had been in weeks, and now we’re talking about months for this current wave. At hospitals across the state, it’s unsustainable. How do you continue to provide quality patient care?” Crawford said.

More than 30,000 people in Louisiana have tested positive for COVID-19 over the last week, according to the U.S. Centers for Disease Control and Prevention, which says Louisiana has the highest per-capita rate of new cases across the country.

The state continued to set new daily hospitalization records on Thursday, with 2,350 COVID-19 patients in hospitals across the state, 103 more than the day before, according to data from the Louisiana Department of Health. Dozens of new deaths from the coronavirus illness are being recorded each day.

The CEO of the 40-hospital Ochsner Health system also said there's no sign yet of the hardship easing. “We do not see any plateauing at this point in time on our models,” Warner Thomas said Thursday during a New Orleans news conference. He said the system had 890 COVID-19 patients as of Thursday morning — a 73% increase from last week. And 90% of the patients are unvaccinated.

Pleas from hospital leaders — coupled with the woeful regrets of nonvaccinated families — may be having some effect in persuading people to get the shots in a state that remains among the bottom five in coronavirus immunization rates.

Lee Chastant, CEO of West Feliciana Hospital in a rural area of southeastern Louisiana, has noticed an increased interest in his area in testing and vaccinations.

The hospital is the only place in the parish that is currently administering vaccines, and demand has increased so much that they've expanded from one to five days a week.

“We’ve had to flex as demand changed,” he said.

Chastant's hospital does not have its own intensive care unit, so the sickest patients have to be transferred to larger hospitals, and they're filling up around the state. One patient was in their emergency room for 48 hours while staff called dozens of other facilities before finding an ICU bed in New Orleans, he said.

“It’s just another challenge for a smaller facility that has smaller resources,” he said.

All around Louisiana, health officials describe inundated hospitals grappling with an influx of COVID-19 patients, surgery schedules disrupted by the patient overload and too few nurses and respiratory therapists to staff all their beds.

At one point this week, the Willis-Knighton system had 58 patients waiting in emergency rooms for bed space the hospitals didn’t have, Crawford said, and nurses once responsible for three patients each now care for five.

“We’ve had to stretch those nursing resources just about as far as they could go, and those nurses, they’re exhausted, they’re fatigued,” he said.

Some of the unvaccinated patients who end up hospitalized apologize to the staff, and many wish they had gotten the shots, Crawford said. By the time they're severely ill, it's too late for the vaccine to help.