US Capitol officer killed in ramming attack lies in honor

Officer William "Billy" Evans was an 18-year veteran of the police department. 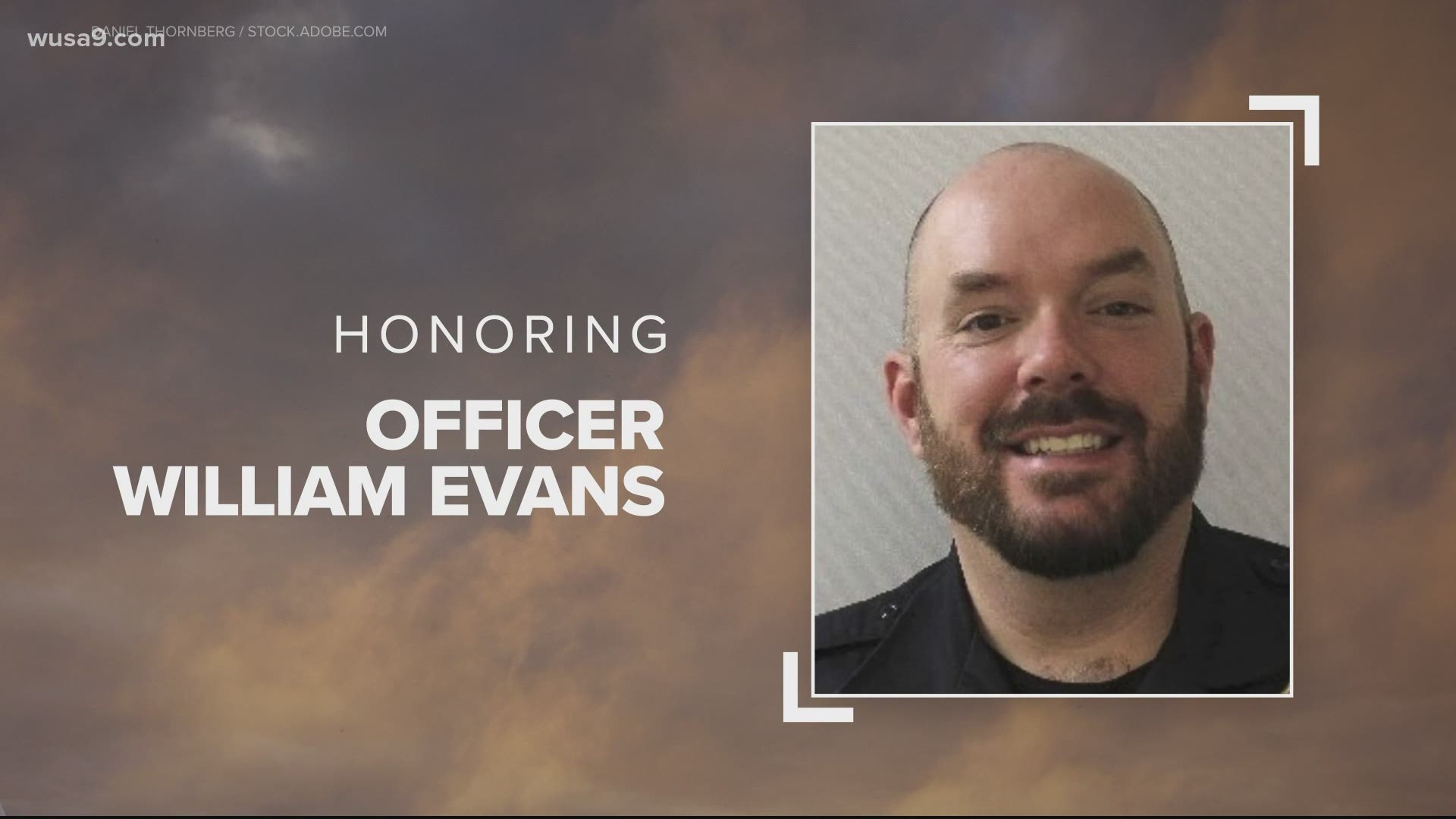 WASHINGTON — A U.S. Capitol Police Department Officer becomes just the sixth person, and fourth officer to lie in honor at the Capitol Rotunda on Tuesday, April 13.

William "Billy" Evans was killed on Friday, April 2, when a vehicle rammed into him and another officer at a barricade just 100 yards from the Capitol. The driver, 25-year-old Noah Green, came out of the car with a knife and was shot to death by police, authorities said.

Investigators believe Green had been delusional and increasingly having suicidal thoughts.

Evans, 41, was an 18-year veteran of the police force and began his USCP service in 2003, officials said

His family remembers Evans as a dedicated officer who was a proud father.

"Billy was the best father, son, brother, and friend anyone could ever hope for. His death has left a gaping void in our lives that will never be filled. The absolute most important thing in his life was his two children, Logan and Abigail. His most cherished moments were those spent with them -- building with Lego, having lightsaber duels, playing board games, doing arts and crafts, and recently finishing the Harry Potter series," the family said in a statement.

Here's the schedule for the ceremony:

RELATED: Capitol Police Officer to lie in honor in US Capitol Rotunda

Evans will become the latest officer to lie in honor at the Capitol Rotunda following Officer Brian Sicknick earlier this year.

Evans' death came nearly three months after the Jan. 6 rioting at the Capitol that left five people dead, including Capitol Police Officer Brian Sicknick, who died a day after the insurrection.

RELATED: Brian Sicknick is not the first Capitol Police officer to lie in honor at the US Capitol

Others who have lain in honor include  Officer Jacob Chestnut and Detective John Gibson in 1998, Civil Rights icon Rosa Parks in 2005, and Rev. Billy Graham in 2018.