Officials said the lightning struck the woman's home, traveled through the electrical current, through power cords to her laptop, while she taught an online class. 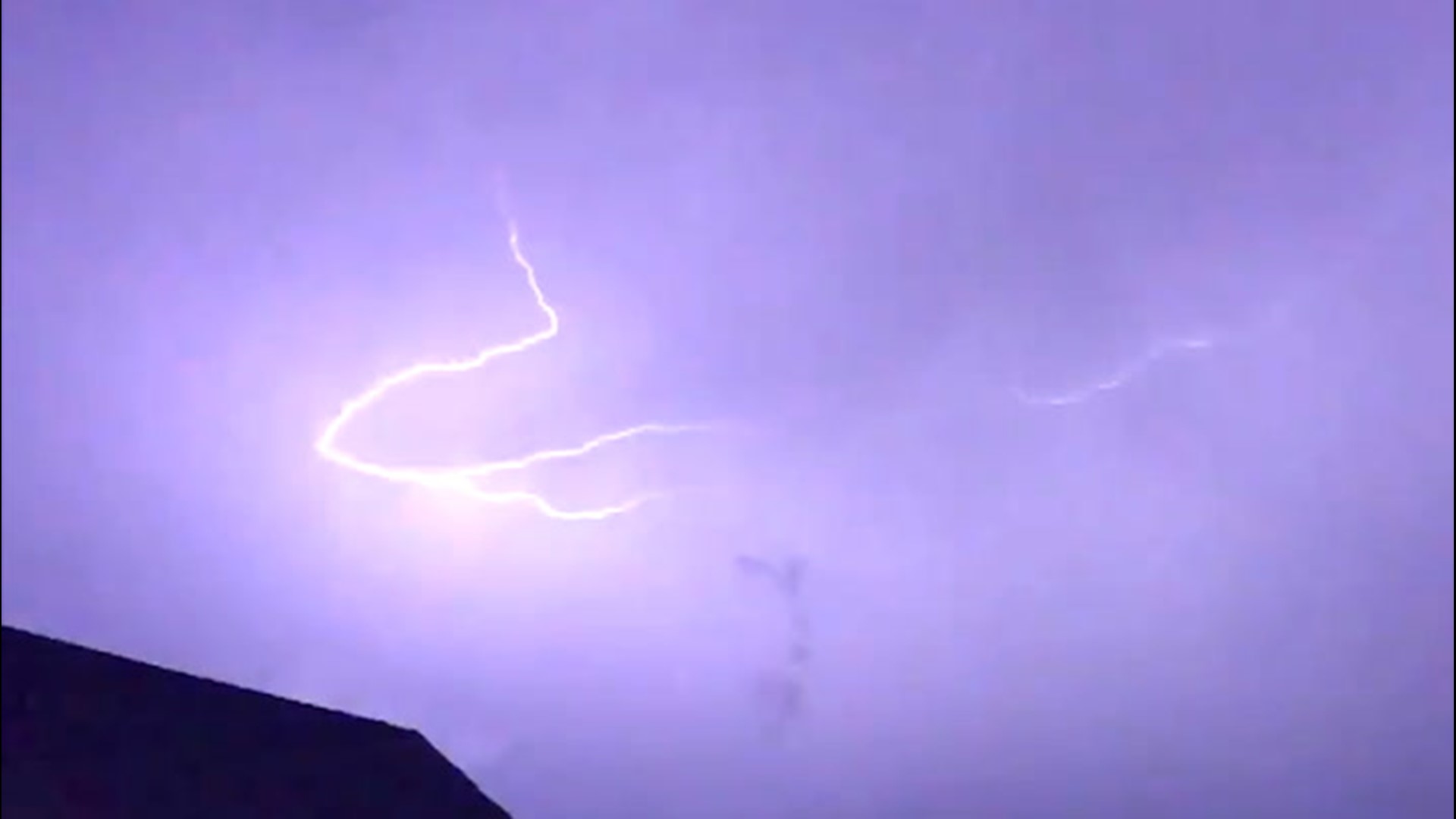 WASHINGTON — A woman was shocked, literally, when a storm blew through her town of Guthrie, Oklahoma, according to reports.

WBAL claimed that two bolts of lightning hit a couple's home and shocked a woman through her laptop, which she was using to teach an online class. After the incident, the couple found holes in their roof and their back deck caught on fire. However, firefighters were on the scene quickly to help.

“The homeowner was inside working on teaching an online class via her laptop computer and was subsequently shocked while typing on that computer when the lightning hit,” Eric Harlow, Guthrie Fire Department Chief, told KFOR. “She was very, very minorly injured. Refused any treatment at the scene but as you can imagine was pretty scared and shook up.”

Harlow told KFOR that the lightning strike traveled through the home's electrical current, through the power cords and the house causing the woman to be shocked.

The National Weather Service claims that there are three main ways lightning can enter a structure, either by a direct strike, through wires or pipes that extend outside the structure or through the ground. It's recommended that during a lightning storm individuals stay off corded phones and electrical equipment like computers or TVs.

The National Weather Service also said it isn't uncommon for lightning to strike in the same place twice. It said that lightning "often strikes the same place repeatedly, especially if it's a tall, pointy, isolated object."

"You wouldn't think that a laptop would do that, but unfortunately, as she experienced today, it very much can," Guthrie Fire Chief Eric Harlow told WBAL.