Oscar predictions: Can anything beat 'Nomadland'? 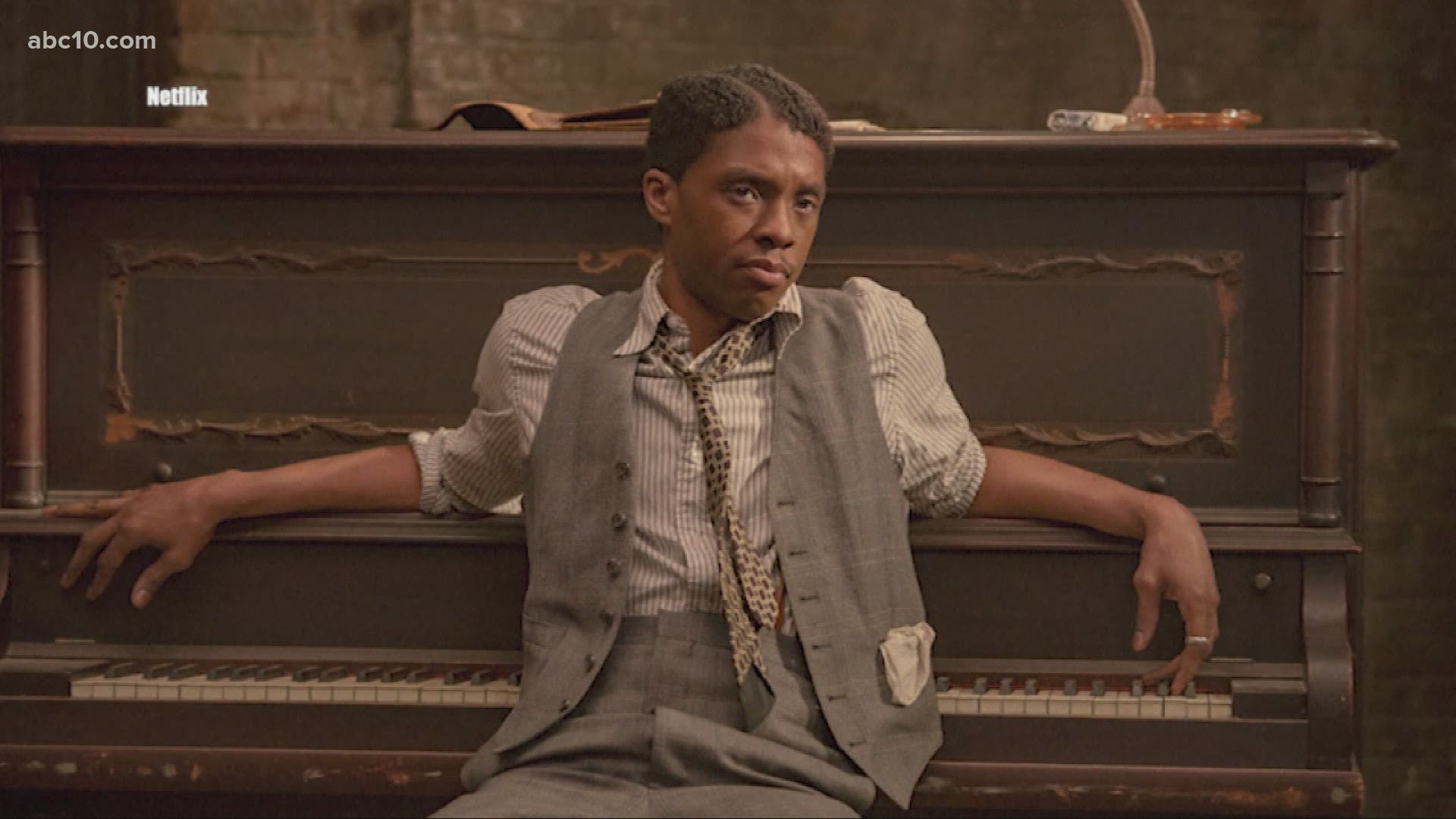 LOS ANGELES — Ahead of Sunday’s 93rd Academy Awards, Associated Press Film Writers Jake Coyle and Lindsey Bahr share their predictions for a ceremony that is forging on in the midst of the pandemic.

RELATED: When and how to watch the 93rd annual Academy Awards

RELATED: The pandemic has upended the Oscars. Good, producers say

COYLE: A contemplative character study made for $5 million and populated by non-professional actors, Chloé Zhao's “Nomadland” is not your typical Oscar heavyweight. And yet it's overwhelming the favorite, a roundly acclaimed movie from an exciting auteur that has already ruled at the Golden Globes, the BAFTAs and, most crucially, the producers and directors' guilds. The weirdness of this unending pandemic awards season adds a drop of uncertainty to everything. But as much as I'd like to see “Sound of Metal,"“Promising Young Woman” or “Minari” sneak in for an upset, “Nomadland” is a near-lock, and an eminently worthy winner. But it's udder madness that Kelly Reichardt's lyrical “First Cow” never contended here. And how much better would the season have been if Steve McQueen's explosive “Small Axe” film anthology (which instead will vie at the Emmys) had somehow been in the mix? Old Oscar traditions are eroding, but not quickly enough.

BAHR: You had to bring up “Small Axe,” didn’t you? I would have liked to see “Never Rarely Sometimes Always” go the distance too, but I guess this year there was only room for one contemplative character study made for under $5 million — and the one about the rural Pennsylvania teens on a bleak road trip wasn’t it. But it would still be “Nomadland’s” year and that’s only cause for celebration.

RELATED: Where to stream the best picture Oscar nominees

BAHR: The best actress race is perhaps the biggest wild card of the night. Viola Davis won the Screen Actors Guild Award, Andra Day won the Golden Globe and Frances McDormand won the BAFTA. It’s chaos! Day still seems like a long shot and McDormand’s last win still seems fresh enough that it might push voters who would’ve otherwise went for her Fern elsewhere. This year I’m inclined to believe that Davis will walk away with the trophy for her raw portrayal of blues singer Ma Rainey, but I can’t help but think that perhaps Mulligan should win for “Promising Young Woman.” As for who should’ve been a contender, there are so many but two of my favorites include Aubrey Plaza in the criminally underseen “Black Bear” and Han Ye-ri, who gave my favorite performance in “Minari” as the long-suffering, steadfast mother Monica.

COYLE: Chaos indeed! I think this is a toss up between Davis and Mulligan, with the edge going to Davis after her SAG win. Davis has won before, for her titanic performance in “Fences." But that came (somewhat debatably) as supporting actress. And there is justice in Davis — very possibly the greatest actor alive — taking the top award, especially when you factor in the category's history. Just once before has a Black woman (Halle Berry in 2002 for “Monster's Ball”) won best actress. Still, the race would have been all the more interesting if it hadn't overlooked two of the year's best performances: Radha Blank ("The Forty-Year-Old Version") and Carrie Coon ("The Nest").

RELATED: A by-the-numbers look at a year of Oscar diversity, firsts

COYLE: After some ho-hum years, the best actor category is really strong this time around. I loved all of these performances. Still, this award has — rightly — belonged to Boseman throughout an award season that has doubled as tribute and wake for the late “Ma Rainey” actor. His greatest performance was his last. Some see a chance of Hopkins (who won at the BAFTAs) pulling off an upset for his devastating portrait of a man stricken with dementia. But I don't. Expect Boseman to become the third actor to win an Oscar posthumously, following Heath Ledger (“The Dark Knight”) and Peter Finch (“Network”). I wouldn't swap any of these nominees out, but Sacha Baron Cohen's high-wire guerilla performance in “Borat Subsequent Moviefilm” is in a category by itself.

BAHR: Could you imagine if Boseman didn’t win? The grit and commitment in all these performances are worth singing about, though. There were so many others that could have fit in here too, like Delroy Lindo for “Da 5 Bloods,” Mads Mikkelsen for “Another Round” or, while we’re bending categories, even Hugh Jackman for “Bad Education."

BAHR: In a category where Amanda Seyfried started out seeming like a lock, it certainly seems like the tide has shifted toward Yuh-Jung Youn for her performance as the unconventional grandmother Soonja in “Minari.” It’s a difficult task to be both the comic relief and the heart of a film, but she pulls it off effortlessly which is why she probably will and should win (although Maria Bakalova could sweep in with a possible upset). Both women elevated their respective films and deserve all the attention they’re getting. And Seyfried will absolutely get her Oscar somewhere down the line. I would have also liked to see Talia Ryder advance to this stage for “Never Rarely Sometimes Always.”

COYLE: This has been a shape-shifting race but Youn is definitely in the lead. I'd like to see more love all around for “Minari,” but it's kind of fitting that Lee Isaac Chung's film be celebrated through the minari-growing matriarch of the movie. Two other names that I wish were here, both for disarmingly funny, natural performances: Cristin Milioti, MVP of “Palm Springs," and Dylan Gelula of the indie college romance “S—-house.

COYLE: This seems certain to go to Daniel Kaluuya. For his mighty performance as Black Panther leader Fred Hampton, Kaluuya (a nominee for “Get Out”) has racked up wins at the SAGs, Globes and BAFTAs. A little wrinkle came when Stanfield was unexpectedly nominated here despite being campaigned for as a leading actor — and that could split some of the vote between the two “Judas and the Black Messiah” stars. Stanfield, for me, is the best actor in this bunch. But this is Kaluuya's year. Stanfield will be back, as will some of the performers who missed out, like Kingsley Ben-Adir, terrific as Malcolm X in “One Night in Miami."

BAHR: Oh, Kingsley Ben-Adir! If I’m being perfectly honest, I would have been happy if the supporting slate was simply the cast of “One Night in Miami," plus Kaluuya. I do think Paul Raci has a shot as the Cinderella story of awards season, but it also feels like it’s time to get Kaluuya up on that stage.

BAHR: The directing category is Chloé Zhao’s to lose and I think she both will win and should win for the transcendent “Nomadland,” even if it’s become a forgone conclusion at this point. In an awards season as endless as this one it’s hard not to be skeptical of any film and filmmaker that has thus far swept most awards. But that this tiny movie has had such an ascent is something of a miracle and well deserved. The bonus is that (hopefully) we’ll finally have more than one best director-winner who is a woman. That said, it would have been nice had Miranda July (“Kajillionaire”) been among the contenders as well.

COYLE: I like imaging the Dynes of “Kajillionaire” getting all dressed up and taking multiple bus transfers to the Oscars. But Zhao will win, and it should be a great moment. Not just because she'll be only the second woman to ever win the award but because she's an exceptional — and exceptionally humble — filmmaker with a lot of movies ahead of her. More often this award goes to someone who's been around a while. Pretty soon, we'll be wondering how it's possible that David Fincher — maybe the very best Hollywood director of his era — hasn't ever won.

COYLE: With increasing frequency, this is the best Oscar category, and it's the one with the most snubs. Some of the very best movies of the year — including “Dick Johnson Is Dead” and “The Truffle Hunters” — didn't make it through the crowded shortlist stage. And still the films that did get nominated are sensational. Probably the only one that I wouldn't pick — “My Octopus Teacher” — is going to win. Little noticed at its debut last fall, the film's audience swelled on Netflix, turning it into an out-of-the-blue Academy Awards contender. I would cheer loudest, though, if “Crip Camp” were to win. It would be a triumph for a warm-hearted film, and for the disability community.

BAHR: Even the shortlist itself was brutal, leaving out “The Dissident” and “Acasa, My Home” but the documentary category has long left out some of the medium’s best work (hi “Hoop Dreams”). It is odd that a late-game Netflix sensation like “My Octopus Teacher” somehow became the frontrunner, but I’m trying not to judge what people connect to this year even if I would prefer an urgent piece like “Collective” take the prize.

BAHR: This category seems to be a race between Denmark’s “Another Round” and Romania’s “Collective,” both of which were nominated in other prominent categories (director and documentary, respectively). I think this one will veer towards “Another Round” simply because its directing nod gave it a brighter spotlight and a bigger audience and voters have a chance to honor “Collective” in another category. Another film that would have been a worthy contender here is Italy’s “Martin Eden.”

COYLE: “Another Round” is a lock. But “Quo Vadis, Aida?” is really good, too. Jasmila Žbanić dramatizes the lead-up to the 1995 massacre of Bosnian Muslim men and boys by the Bosnian Serb army in Srebrenica. Following a fictional translator (Jasna Đuričić) working for the United Nations, the film devastatingly probes a human rights tragedy.

The Nominees: “Onward," “Over the Moon,” “A Shaun the Sheep Movie: Farmageddon," “Soul,” “Wolfwalkers.”

COYLE: Pixar, like always, seems to have this in the bag. The studio's “Soul” is the clear favorite. There's so much that's wondrous in Pete Docter's film that its Oscar victory is hardly something to lament. But you couldn't find a better underdog than the plucky Irish animation studio Cartoon Saloon, which last year released their most enchanting and ambitious film yet. Tomm Moore and Ross Stewart's “Wolfwalkers," the culmination of a triptych of Irish folklore, is impossibly stunning. Every hand-drawn frame is a work of art. It's the Kilkenny-based studio's fifth Oscar nomination, and it's time they won one.

BAHR: Disney and Pixar are so hard to beat. Since 2010, they’ve won eight times and the other two were not exactly indie underdogs (“Rango" and “Spider-Verse”). I’m rooting for “Wolfwalkers” but I’m betting on “Soul.”