The former South Bend, Indiana mayor ended his bid for the Democratic nomination a day after performing poorly in the South Carolina primary. 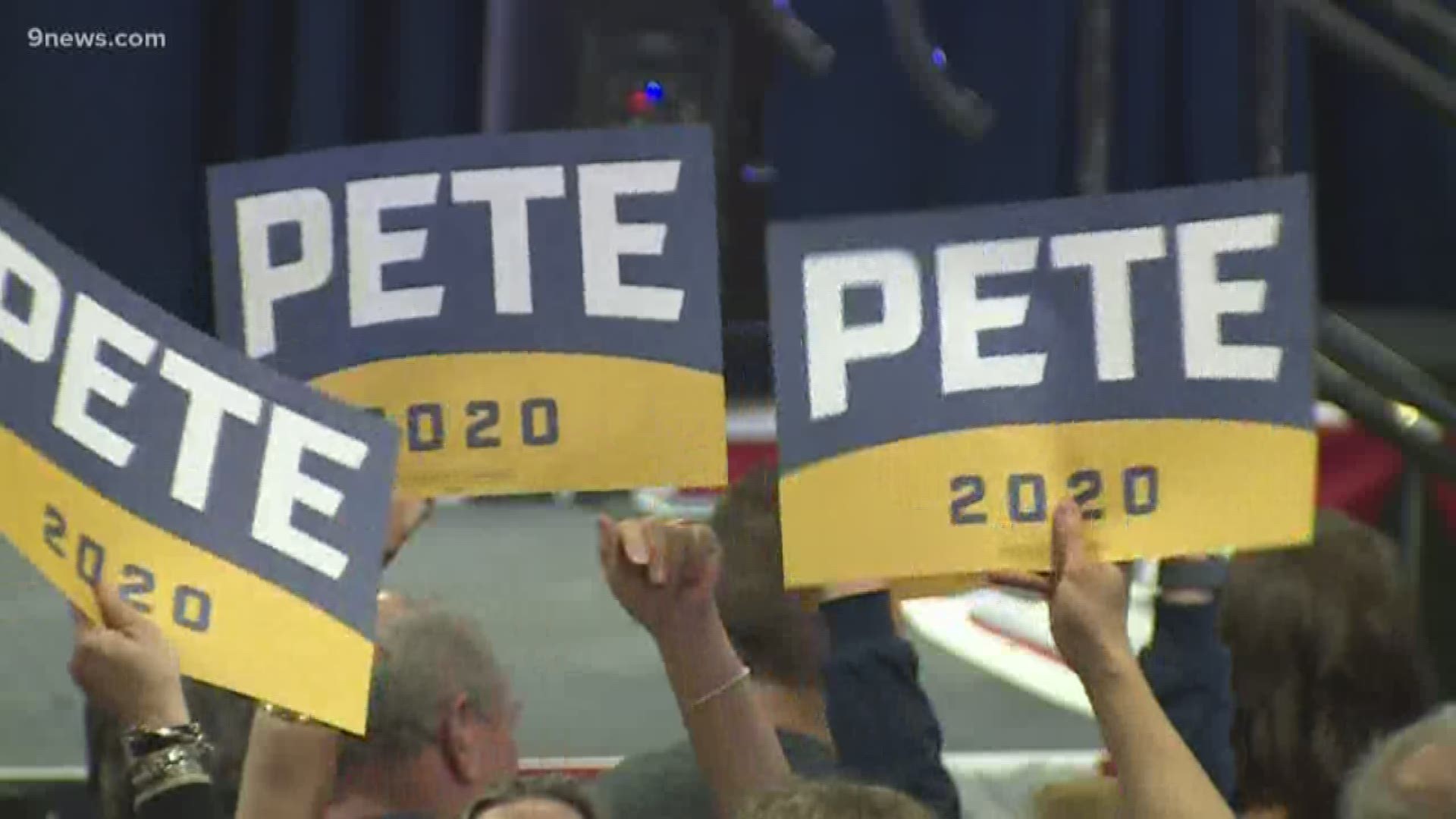 WASHINGTON — Pete Buttigieg is ending his race for the Democratic presidential nomination. He rose to the field's top tier but failed to notch enough wins in the critical early states necessary to keep his bid moving forward.

The millennial, Afghan War veteran and former mayor of South Bend, Indiana, defied expectations in a field of better-known candidates for months while becoming the first openly gay top contender for a major party nomination.

Speaking to a crowd in South Bend, Buttigieg announced that he's ending his presidential bid. "The truth is that the path has narrowed to a close," he said.

Buttigieg ended his campaign for president with a call for unity. He told cheering supporters that at this point in the race for the Democratic nomination, the best way to keep faith with his campaign's goals and ideals is to step aside and help bring the party and the country together.

RELATED: Where will Pete Buttigieg's voters go on Super Tuesday now that he's dropping out?

RELATED: Pete Buttigieg drops out of race hours after meeting with Jimmy Carter

News outlets had reported that Buttigieg was ending his bid Sunday for the Democratic nomination, a day after performing poorly in the South Carolina primary.

Three people with knowledge of Buttigieg’s decision told The Associated Press that he is informing campaign staff. They were not authorized to speak publicly and requested anonymity.

President Trump quickly shared his thoughts on Twitter about the reports of Buttigieg dropping out, saying it would send his supporters' votes to former Vice President Joe Biden, who won South Carolina's primary held Saturday.

Biden is fighting to unite the Democratic Party's moderate wing behind his candidacy after scoring a comeback victory in South Carolina’s Democratic primary.

That win had forced leading moderate rival Buttigieg out of the race.

Biden is vowing to improve his campaign operation, his fundraising haul and even his own performance as the race pushes toward Super Tuesday. He's also warning of a “stark choice” between him and Vermont Sen. Bernie Sanders, while arguing that he is the candidate that can win up and down the ballot and in states beyond those voting on Tuesday.