Pfizer said it hopes to receive coronavirus vaccine authorization for children 6 months to 11 years by early 2022. 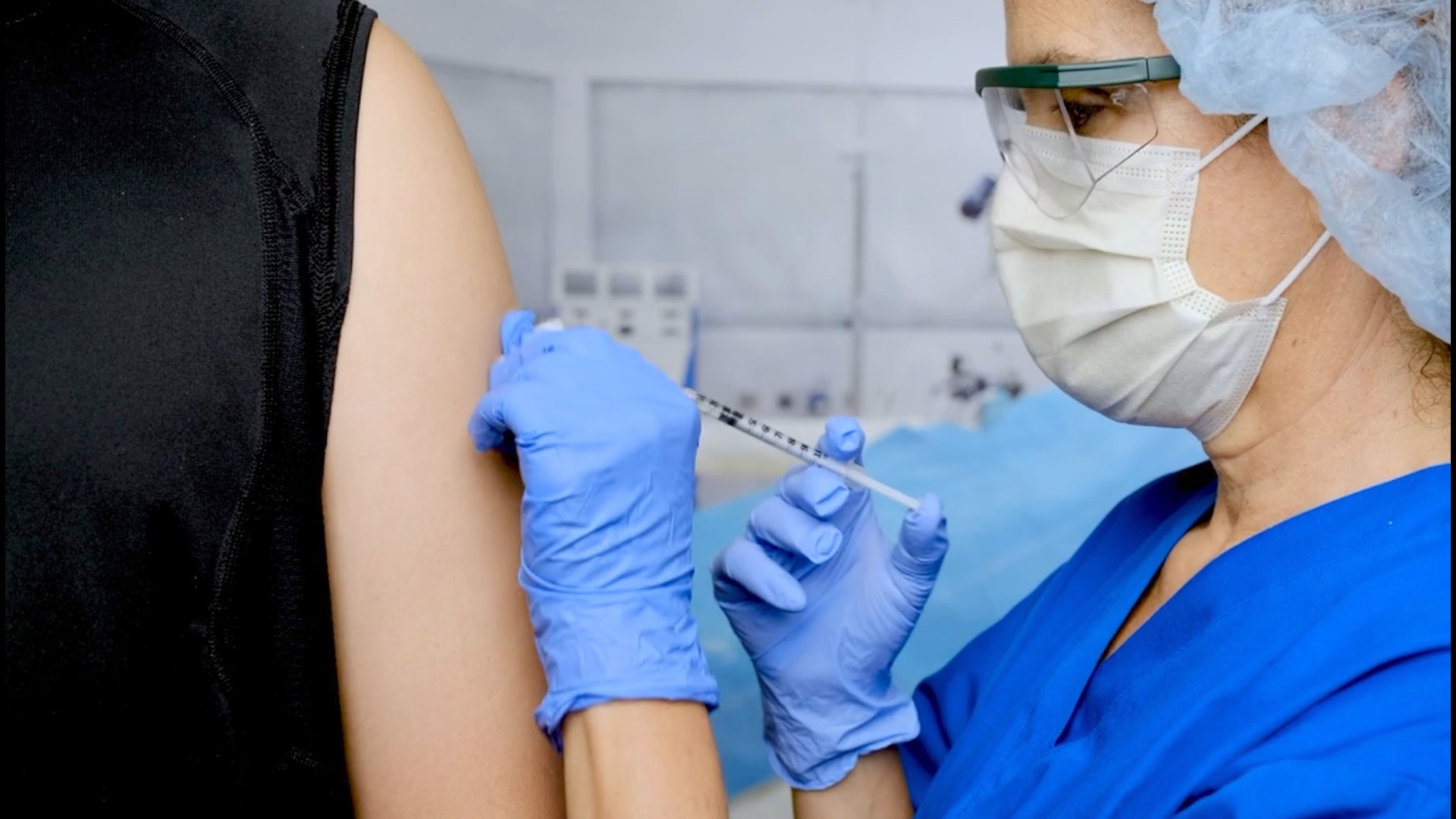 WASHINGTON — Pfizer has launched a pediatric trial to determine the safety of its COVID-19 vaccine for children ages 6 months to 11 years old.

The first children enrolled in the global study have already received their first dose, Pfizer announced on Thursday.

The company intends to initially test the vaccine at three different dosages during a Phase 1/2 trial involving 144 participants, Reuters reported. The trial will also look into what is the proper dosing level for three separate age groups: children ages 5 to 11 years, 2 to 5 years, and 6 months to 2 years.

By the time the trial finishes up Phase 3, Pfizer intends to enroll around 4,644 children in the U.S. and Europe.

Pfizer's vaccine has been authorized for emergency use in the U.S. for Americans 16 and older.

Last week, Moderna announced it had started a Phase 2/3 study testing its vaccine for children under the age of 12. Moderna said it expects to enroll 6,750 children from the U.S. and Canada less than 12 years old for the study.

Johnson & Johnson is planning a trial for its single-dose vaccine in children ages 12 to 17, and has announced plans to test it on infants and even newborns, according to the New York Times.

So far, there are no COVID-19 vaccines approved for children. The clinical trials planned will help determine how vaccinations should be rolled out to younger kids.

Pfizer said it hopes to receive authorization for vaccination of children 6 months to 11 years by early 2022. White House Chief Medical Adviser Dr. Anthony Fauci recently told lawmakers he believes vaccines will be available for older children beginning in the fall, but elementary school aged kids may need to wait until next year.

The U.S. is now averaging about 2.5 million doses per day and an even greater rate is possible.

RELATED: Rutgers University to require students be vaccinated for COVID-19