Jussie Smollett walked out of Cook County Jail in Chicago on Thursday after posting a $100,000 bond. 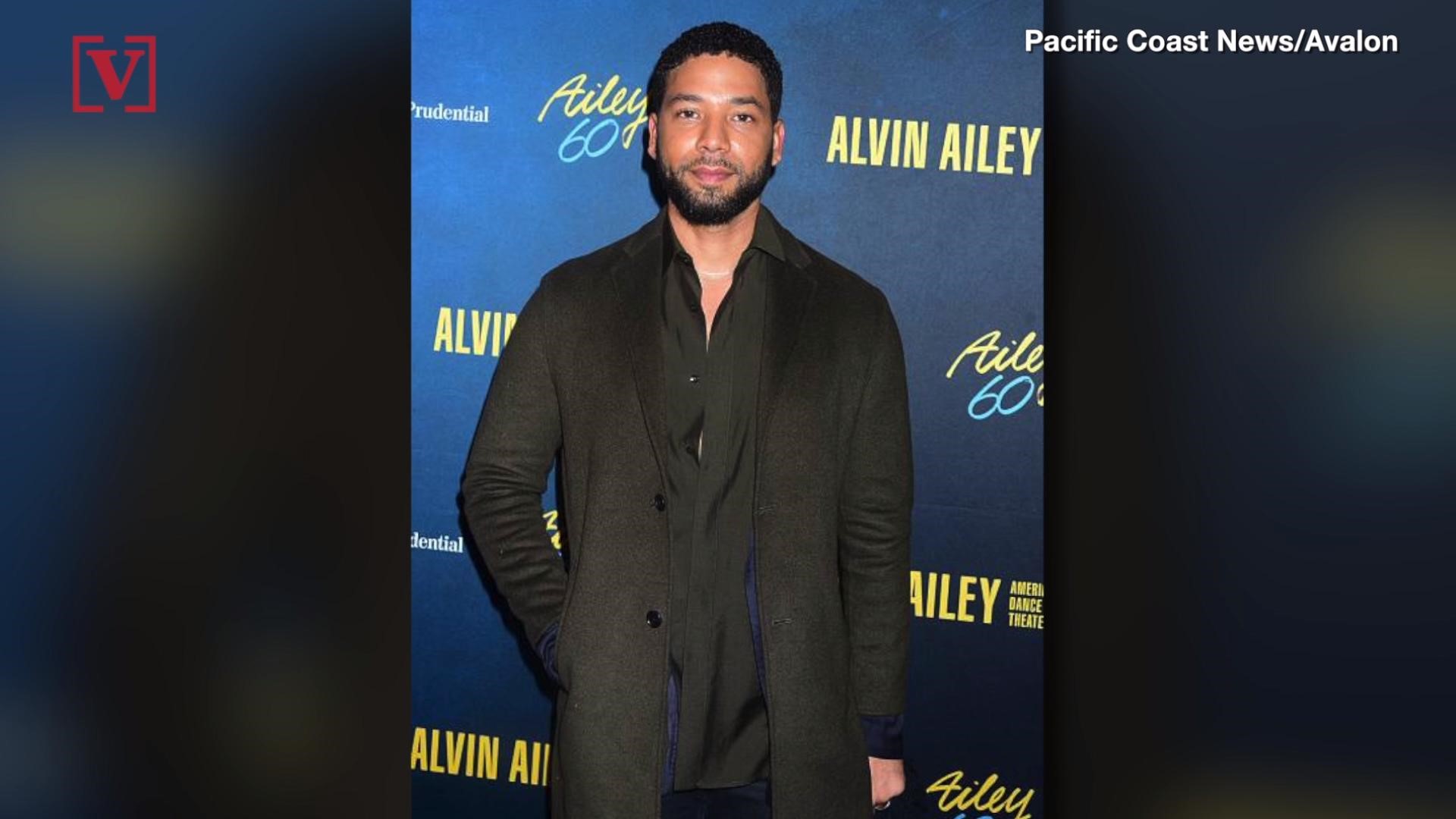 CHICAGO — "Empire" actor Jussie Smollett gave detailed instructions to two brothers who helped him stage a racist, anti-gay attack on himself, including giving them specific slurs to yell, telling them to shout "MAGA country" and pointing out a surveillance camera that he thought would record the beating, a prosecutor said Thursday.

Police said Smollett planned the hoax because he was unhappy with his salary and wanted to promote his career. Before the attack, he also sent a letter that threatened him to the Chicago studio where "Empire" is shot, police said.

Smollett, who is black and gay, turned himself in to face accusations that he filed a false police report last month when he told authorities he was attacked in downtown Chicago by two masked men who hurled racist and anti-gay slurs and looped a rope around his neck, police said.

The actor "took advantage of the pain and anger of racism to promote his career," police Superintendent Eddie Johnson said.

"This publicity stunt was a scar that Chicago didn't earn and certainly didn't deserve," he added.

Lawyers for Jussie Smollett says the Chicago Police Department put on an "organized law enforcement spectacle" when its superintendent detailed investigators' findings about the alleged attack on the "Empire" actor.

In a statement Thursday night, Smollett's legal team said Superintendent Eddie Johnson's comments had no place in the American legal system. At a news conference earlier in the day, Johnson said Smollett owes the city an apology and should admit what he did. Smollett is accused of paying two men to help stage the Jan. 29 attack.

As part of the instructions, Smollett also told the brothers to put the rope around his neck, Assistant State's Attorney Risa Lanier told a news conference.

His plans for the surveillance camera were thwarted. Police say it was pointed another way and did not have a view of the beating.

At Smollett's first court appearance, a judge set bond at $100,000, meaning that he must post $10,000 to be released. Smollett's attorneys asked for him to be released on his own recognizance, but the judge, who is also black, said that was inappropriate and that he was particularly bothered by the allegations involving the noose.

Smollett said little during the hearing, except to state his name. His attorneys and supporters left without speaking to reporters.

One of the attorneys, Jack Prior, told the judge that Smollett "maintains these are outrageous allegations" and denies they are true.

The FBI has been investigating the threatening letter. Johnson would not say whether Smollett could face additional charges for that.

Smollett's lawyers say the presumption of innocence was trampled upon at the expense of Smollett.

The statement Thursday night called Smollett a man of "impeccable character and integrity" who fiercely and solemnly maintains his innocence.

The companies that make "Empire," Fox Entertainment and 20th Century Fox Television, issued a statement Thursday saying that they were "evaluating the situation" and "considering our options."

In less than a month, Smollett went from being the seemingly sympathetic victim of a hate crime to being accused of fabricating the entire thing. The 36-year-old was charged Wednesday with felony disorderly conduct, a charge that could bring up to three years in prison and force the actor to pay for the cost of the investigation into his report of a Jan. 29 beating.

Police treated Smollett as a victim until the two brothers , who had been taken into custody for questioning, admitted to helping him stage the attack, Johnson said.

It was the brothers who also explained Smollett's motive to detectives. Authorities have a check for $3,500 that Smollett paid the brothers, he said.

Smollett, who plays a gay character on the show that follows a black family as they navigate the ups and downs of the recording industry, said he was attacked as he was walking home from a downtown Subway sandwich shop. He said the men yelled "This is MAGA country" — an apparent reference to President Donald Trump's campaign slogan, "Make America Great Again" — before fleeing.

In describing what police believe actually happened, Johnson made it sound as if Smollett was casting and directing a short movie.

"He probably knew he needed somebody with bulk," he said of Smollett's decision to hire the two muscular brothers. Police have said at least one of the brothers worked on "Empire," and Smollett's attorneys said one of the men is the actor's personal trainer.

The brothers, who are not considered suspects, wore gloves during the staged attack and "punched him a little bit," Johnson said. The scratches and bruising Smollett had on his face were "most likely self-inflicted," Johnson said.

Detectives found the two brothers after reviewing hundreds of hours of video. They released images of two people they said they wanted to question and last week picked up the pair at O'Hare Airport as they returned from Nigeria. Police questioned the men and searched their apartment.

The brothers, who were identified by their attorney as Abimbola "Abel" and Olabinjo "Ola" Osundairo, were held for nearly 48 hours on suspicion of assaulting Smollett.

The two appeared before a grand jury on Wednesday to "lock in their testimony," according to police spokesman Anthony Guglielmi. Smollett was charged by prosecutors, not the grand jury.

Speaking outside the courthouse where the grand jury met, the brothers' attorney said the two men testified for about two and a half hours.

"There was a point where this story needed to be told, and they manned up and they said we're going to correct this," Gloria Schmidt said.

She said her clients did not care about a plea deal or immunity. "You don't need immunity when you have the truth," she said.

Smollett has been active in LBGTQ issues, and initial reports of the assault drew outrage and support for him on social media, including from Sen. Kamala Harris of California and TV talk show host Ellen DeGeneres.

Referring to a published account of the attack, Trump said last month that "it doesn't get worse, as far as I'm concerned." On Thursday, he tweeted to Smollett: "What about MAGA and the tens of millions of people you insulted with your racist and dangerous comments!? #MAGA."