In response to his acquittal, President Donald Trump tweeted out a video edited with graphics showing him as president forever. 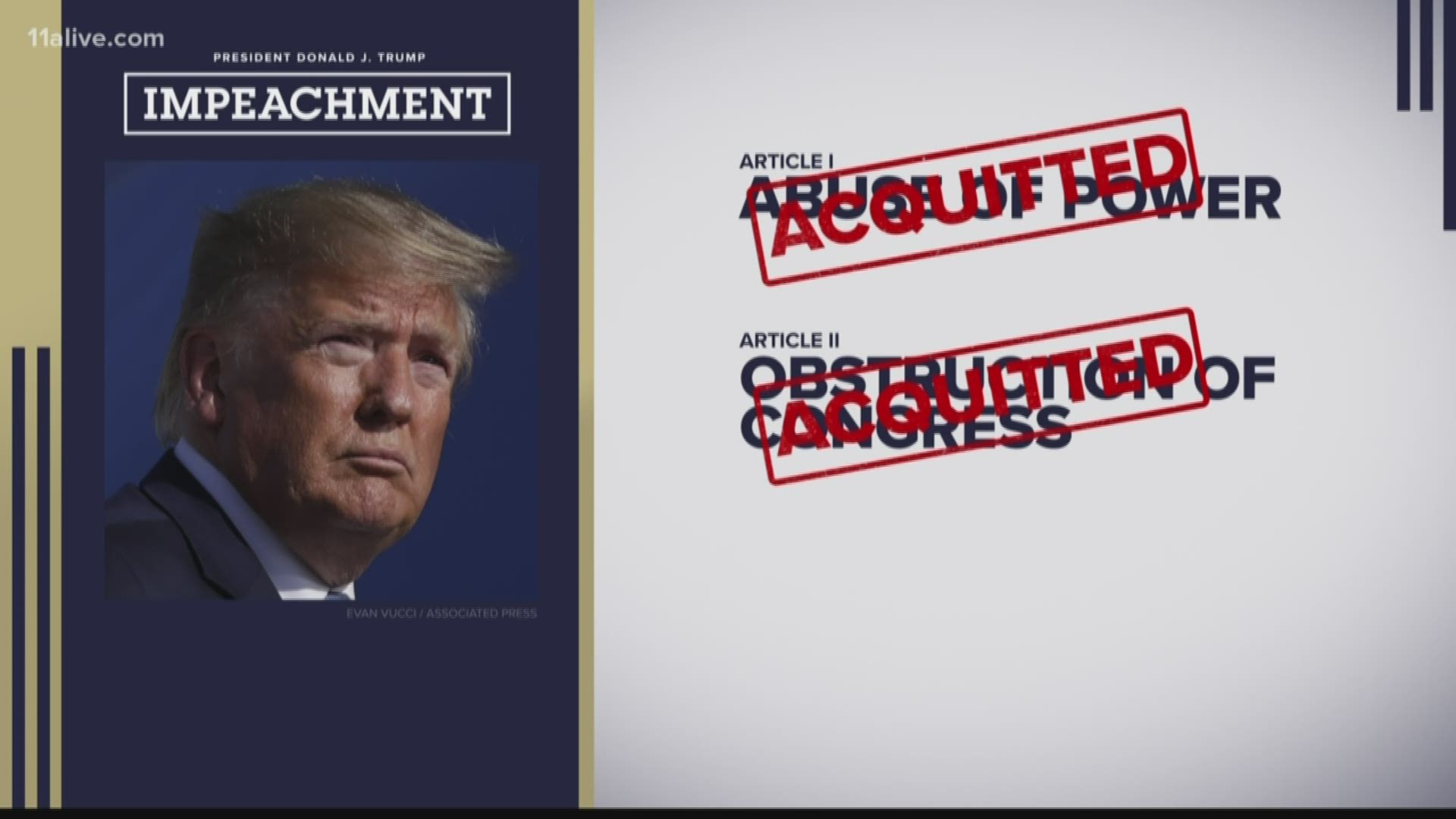 WASHINGTON — President Donald Trump's first reaction to being acquitted on both impeachment charges Wednesday was in typical fashion, on Twitter.

Trump, who was only the third president in American history to be impeachment, tweeted that he will "be making a public statement" Thursday at noon Eastern Time from the White House.

Trump wrote that he plans to "discuss our Country's VICTORY on the Impeachment Hoax!"

That was the second tweet that the president posted after his acquittal in the Senate impeachment trial.

It's not the first time Trump has tweeted out that video.

Time Magazine had even tweeted back the original version of the video in response to a previous posting in June 2019.

During Tuesday night's State of the Union address, dramatic buzz-worthy moments filled the nearly two hours the event was broadcast, on the eve of the Senate vote on the president's impeachment. Multiple guests of the president were introduced as House Speaker Nancy Pelosi sat watching over Trump's shoulder as he spoke.

Supreme Court Chief Justice John Roberts, who presided over Trump's impeachment hearings in the House and Senate, was in attendance. In a dramatic moment at the end of the address, Pelosi tore of a copy of the speech as Trump wrapped up his remarks, before cameras and those in the chamber.

Trump took the opportunity during the address to tout accomplishments and make the case to the American public that he should be elected for a second term in office.

In a Gallup poll out Wednesday, the organization reports that Trump's approval rating has hit 94% among Republicans, while the poll shows he is causing the highest party polarization on record. According to Gallup, 50% of Americans disapprove of the president. And that 94% approval rating among Republicans is up 6 percentage points from early January.