Biden's remarks come after meeting with members of his national security and foreign policy review teams. 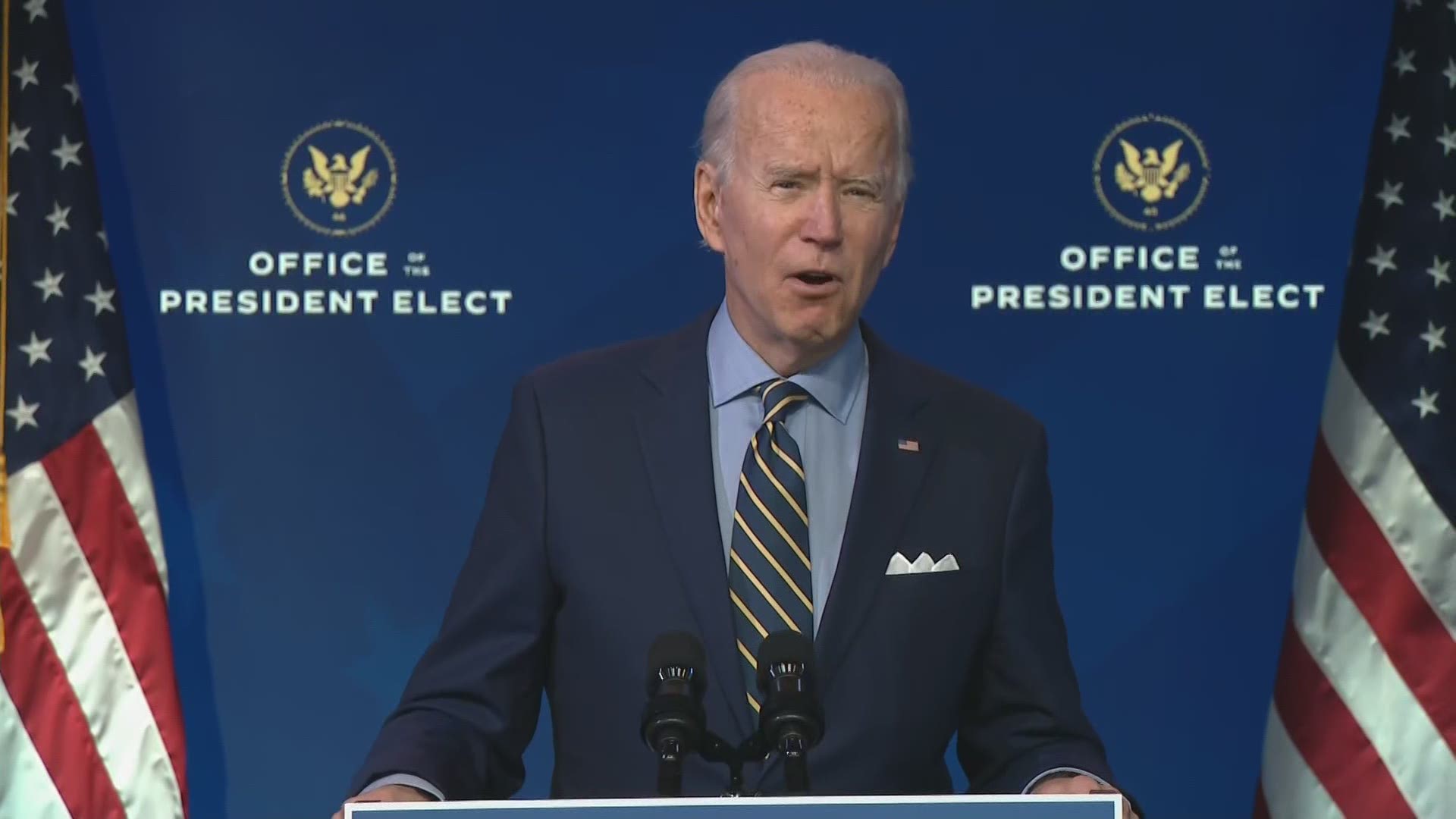 President-elect Joe Biden called the transition process with the Trump administration nothing short of "irresponsibility."

The remarks were made following a meeting with members of his national security and foreign policy review teams to discuss the challenges the Biden-Harris administration will "inherit" when they take office on Jan. 20.

"We've encountered road blocks from the political leadership in the [Department of Defense] and the [Office of Management and Budget]," Biden said. "Right now, we just aren't getting all the information that we need from the outgoing administration in key national security areas. It's nothing short, in my view, of irresponsibility."

Biden also discussed the his national security and foreign policy vision for when he takes office.

"We will reclaim our credibility to lead the free world," he said. "And we will, once again, lead not just by the example of our power, but by the power of our example."

Biden's remarks opened with him praising law enforcement in responding to the Christmas Day explosion in Nashville, Tennessee. He emphasized that continued vigilance is needed "across the board" as federal, state and local law enforcement continue to investigate intent. 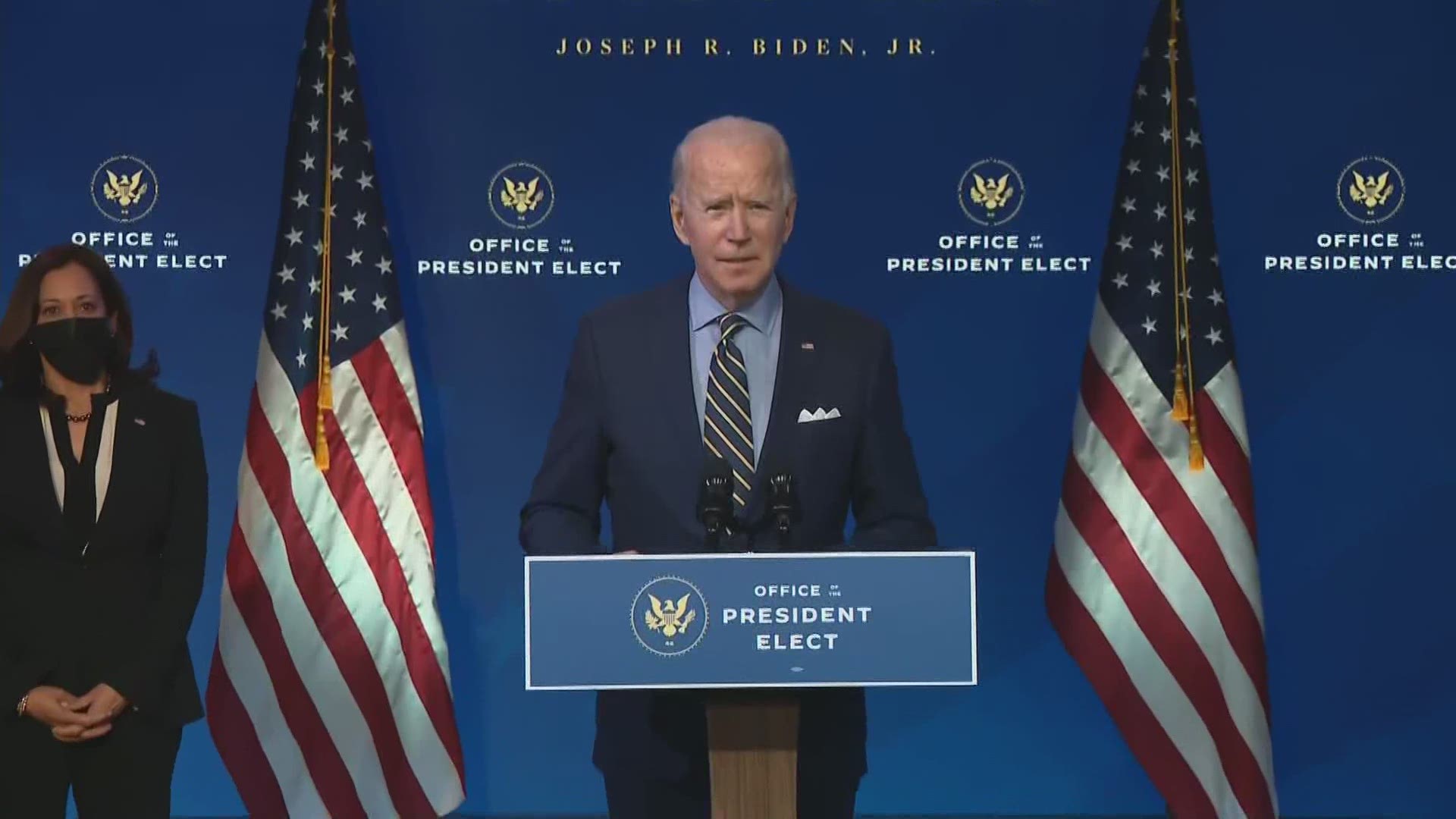 Biden has said he will seek another relief package soon after his inauguration next month, setting up another political brawl given that some Senate Republicans have said that with vaccines on the way, further government aid may be unnecessary.

The House gaveled in Monday for the rare holiday week session to vote on Trump's unmet demand for larger $2,000 virus relief checks. Democrats who control the House favor the larger stipends, beyond the $600 payments included in the massive COVID bill. But the president's push for more spending is forcing his Republicans allies who oppose the higher payments into a tough spot.

When asked if he supports $2,000 direct payments, Biden responded "yes."