The Washington Post reported Barr rebuffed a request from Trump to have a press conference declaring the president broke no laws with the Ukraine call. 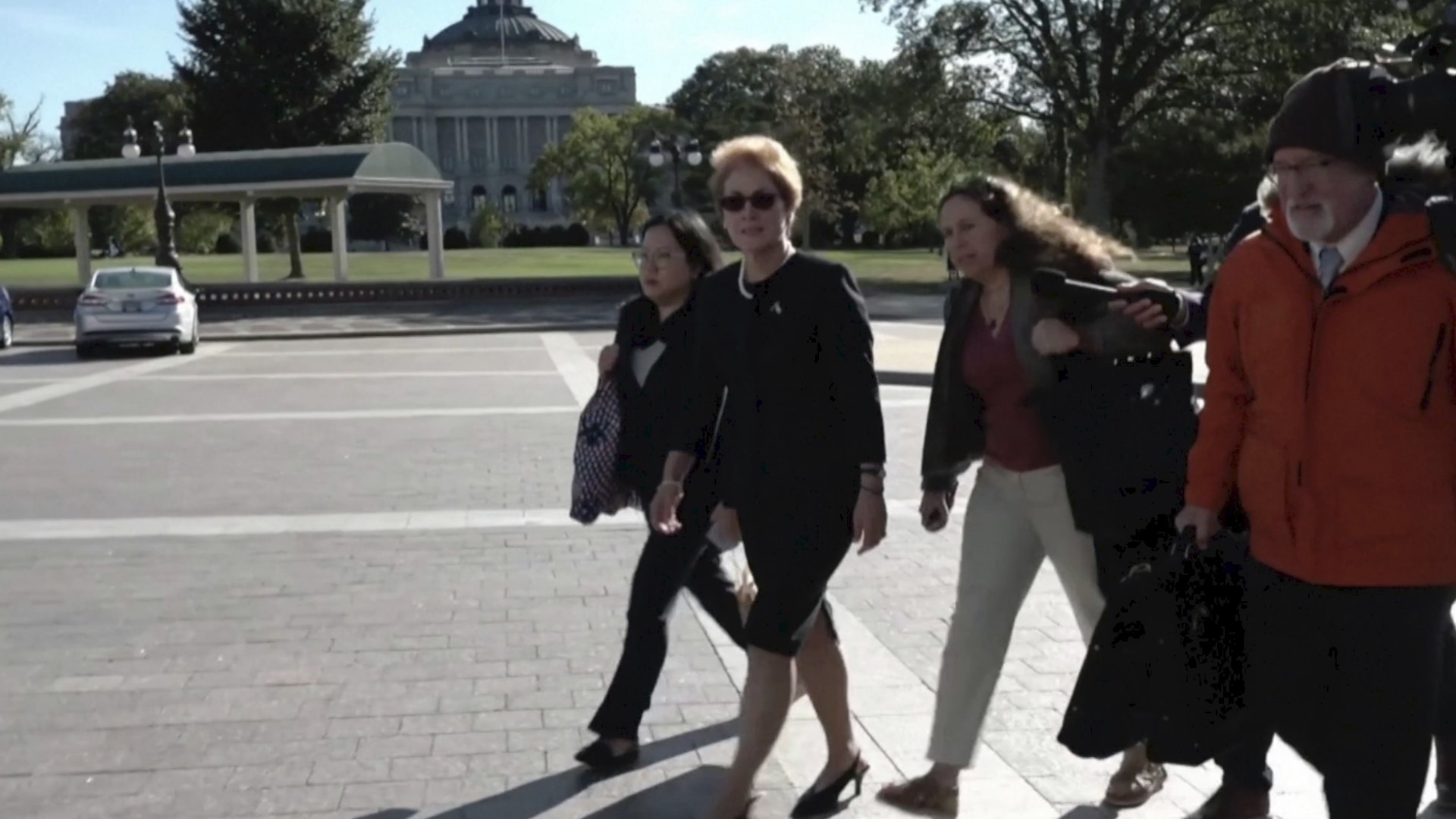 WASHINGTON — President Donald Trump wanted Attorney General William Barr to hold a press conference to declare he broke no laws during his July phone conversation with Ukraine's president in which Trump pressed his Ukrainian counterpart to investigate Democrats, according to a person familiar with the matter.

Now Trump is angrily lashing out at the revelation, first reported by The Washington Post. He tweeted early Thursday that the claim "is totally untrue and just another FAKE NEWS story with anonymous sources that don't exist."

The president also continued to lash out at the press, declaring "The LameStream Media" to be the "Enemy of the People."

Barr rebuffed the president's request, which came in September, around the time that the White House released a rough transcript of the July 25 call at the center of the House impeachment probe.

The person familiar with the matter said Trump has continued to express irritation at Barr's refusal to publicly speak out in his defense, though other officials later explained the department's reasoning. The person spoke on the condition of anonymity to reveal internal discussions.

House Democrats are investigating Trump's pressure on Ukraine to investigate political rivals as aid money was being withheld from the Eastern European country.

Trump insists he did nothing wrong.

"Just read the Transcript," he wrote Thursday. "The Justice Department already ruled that the call was good."

That appears to be a reference to a statement from the Justice Department in September announcing that the department's Criminal Division "reviewed the official record of the call and determined, based on the facts and applicable law, that there was no campaign finance violation and that no further action was warranted."

Barr famously held a news conference ahead of the release of special counsel Robert Mueller's report into Russian election meddling. Barr painted what many saw as an overly flattering picture as it related to Trump and repeatedly declared investigators had found "no collusion" between the Trump campaign and Russia, a point Trump had seized on to try to claim vindication.

While the appearance drew praise from Trump, it also raised alarms from critics already wary of his independence after Barr released a letter summarizing the reports' conclusions, which Mueller later complained "did not fully capture the context, nature and substance" of the full report and led to "public confusion about critical aspects of the results of" the investigation.