eBay has reportedly been cracking down on efforts by some trying to sell photos of the PS5 game console for thousands of dollars. 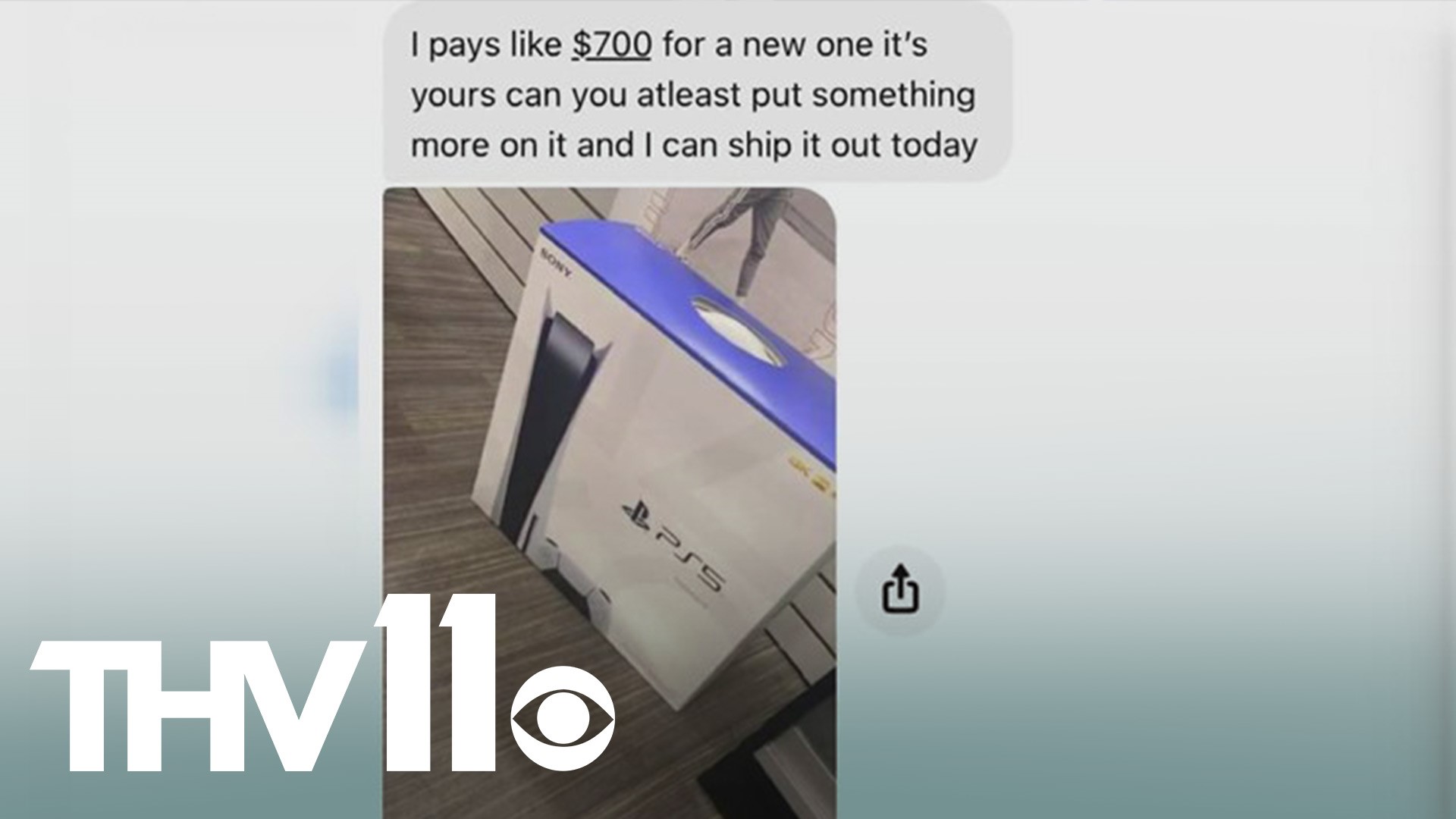 The search for the elusive Sony PlayStation 5 is turning in to a "scammer's dream" as both potential buyers and sellers are getting ripped off over one of the must-buy gifts of the 2020 holiday season. In some cases, people are literally trying to sell a photo of the console for thousands of dollars.

Police in Troy, Mich., posted on Facebook that sometimes a buyer may get nothing more than a box or a meeting with someone who wants to rob them.

"Earlier this month, we had two people selling PlayStation 5's victimized by people posing as buyers. In one situation, which occurred in front of our station, the victim agreed to sell a PS5 for $1200 to the suspects. The suspect snatched the PS5 and took off, not paying our victim," the department said.

The PS5 retails for $500 but it's virtually impossible to find right now. So, some who have been lucky to get one are turning it around for a profit.

One online scam reportedly involves crooks simply listing PS5 photos or empty boxes on eBay, claiming to have the console, according to the website EuroGamer. Screen shots show some of the listings even specifically say the item for sale is a photo.

eBay has issued a statement saying it condemns such scams and is working to pull those listings from its website.

"For any purchase, but especially highly priced or in-demand items, buyers should exercise caution and thoroughly read the listing description," eBay said, according to EuroGamer.

Some listings for the PS5 or photos of it have been in the thousands of dollars.