Road where Tiger Woods crashed is known for high speeds

Woods was hospitalized and underwent surgery after the crash on Hawthorne Boulevard that winds its way through subdivisions in wealthy coastal suburbs of LA. 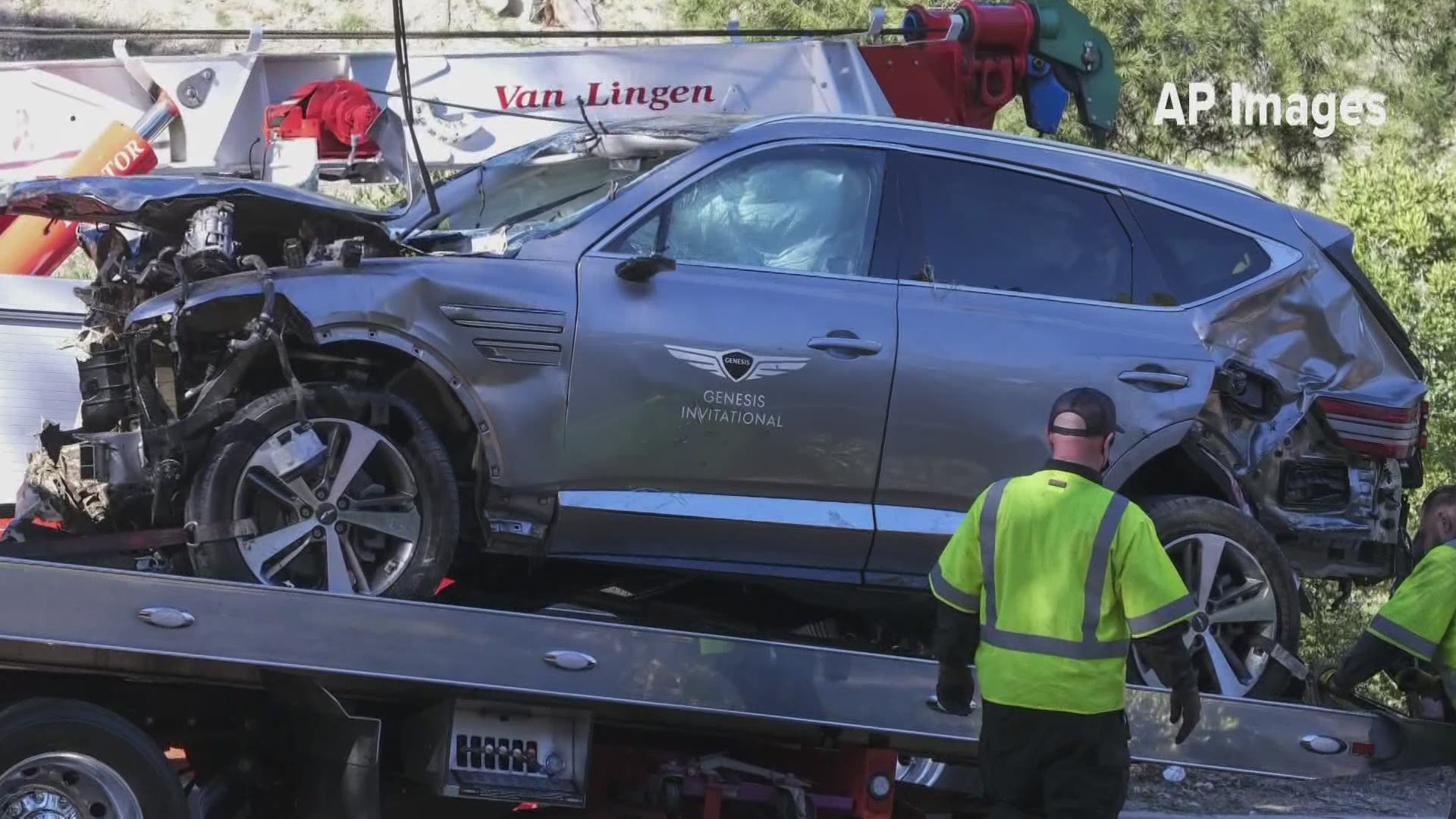 RANCHO PALOS VERDES, California — The steep stretch of road where Tiger Woods’ car hopped a median, rolled and crashed Tuesday is known for drivers hitting speeds so high that there is an emergency exit for runaway vehicles just beyond where he crashed.

"That specific stretch of roadway is one of our trouble spots,” said Los Angeles County Sheriff’s Deputy Carlos Gonzalez, the first officer at the scene. “Our locals in Rancho Palos Verdes and Rolling Hills Estates know that it’s a hotspot for traffic collisions as well as speed.”

Woods, 45, was hospitalized and underwent surgery for serious injuries to his legs after the morning crash on the four-lane road that winds its way through subdivisions in wealthy coastal suburbs about 20 miles (32 kilometers) southwest of downtown of Los Angeles.

Hawthorne Boulevard is the main route from the Palos Verdes Peninsula to the freeways heading to the city and nearby Los Angeles International Airport.

The stretch where Woods crashed as he headed north away from the coast is lined with trees and bisected by a raised median that runs down most of the road. The road curves a bit to the right and then straightens as it approaches a traffic light with an emergency lane on the right for out-of-control vehicles.

Woods was driving solo when he ran over the median, took out a sign welcoming people to Rolling Hills Estates, snapped a tree, crossed two oncoming lanes and rolled several times before the vehicle came to a rest on its side in thick brush a short distance from the road.

Authorities said he was lucky to be alive. The single-car crash is under investigation.

Barbara Ferraro, a councilwoman in Rancho Palos Verdes, said it's not hard to get going too fast and find the next traffic light coming up.

“It’s easy to pick up speed,” Ferraro said. “Even if you’re not speeding, unless you’re actually putting on the brakes, you’ll pick up speed. Anybody familiar with the area is already braking to get to that stoplight.”