The incident, caught on video by another passenger, happened shortly after a plane from Sacramento landed in San Diego on Sunday morning. 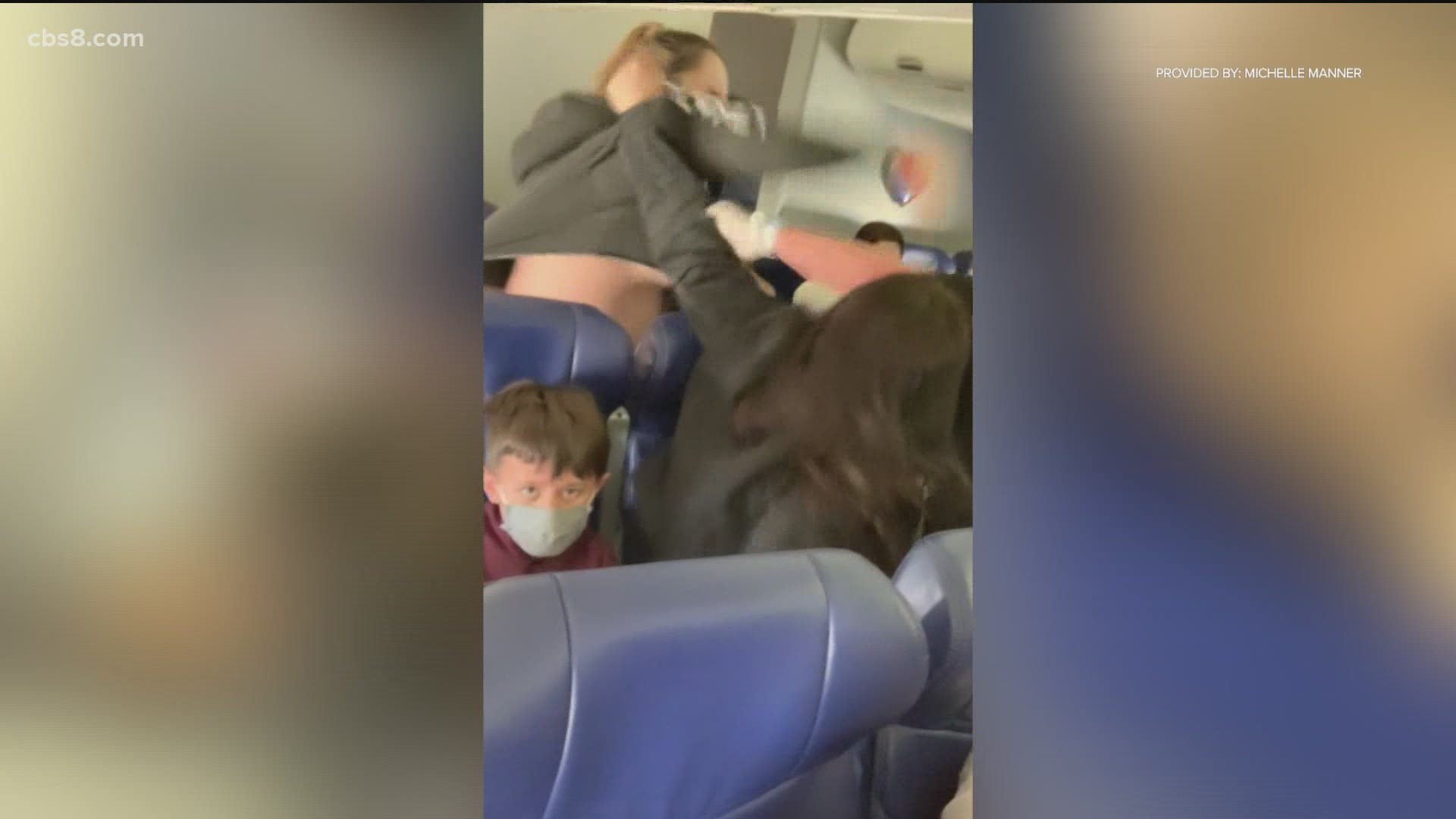 DALLAS — Southwest Airlines has banned a woman accused of punching a flight attendant in the face last weekend in an incident that highlighted a recent increase in unruly passengers.

An airline executive disclosed the ban Thursday in a message to employees.

The incident happened shortly after a plane from Sacramento, California, landed in San Diego on Sunday morning. San Diego Harbor Police arrested Vyvianna Quinonez, 28, and charged her with felony battery.

Police said Thursday that Quinonez is 5-foot-5 and 175 pounds and the flight attendant suffered “serious injuries." The president of her union said she lost two teeth.

Sonya Lacore, Southwest’s vice president of in-flight operations, told flight attendants that the airline has a process for permanently banning passengers and "the passenger involved in the most recent incident has been advised that she may no longer fly on Southwest Airlines.”

The Dallas-based airline has not revealed the name of the flight attendant, who was treated at a San Diego hospital and released. Lacore said she has contact her, “and we will continue to provide her the support she needs.”

The president of the union, Lyn Montgomery, cited the incident this week in asking the airline to respond more forcefully when passengers are disruptive and to lobby for more federal air marshals on flights.