The Starship SN4 prototype -- unrelated to the SpaceX rocket set to launch astronauts this weekend -- was undergoing a static fire test. 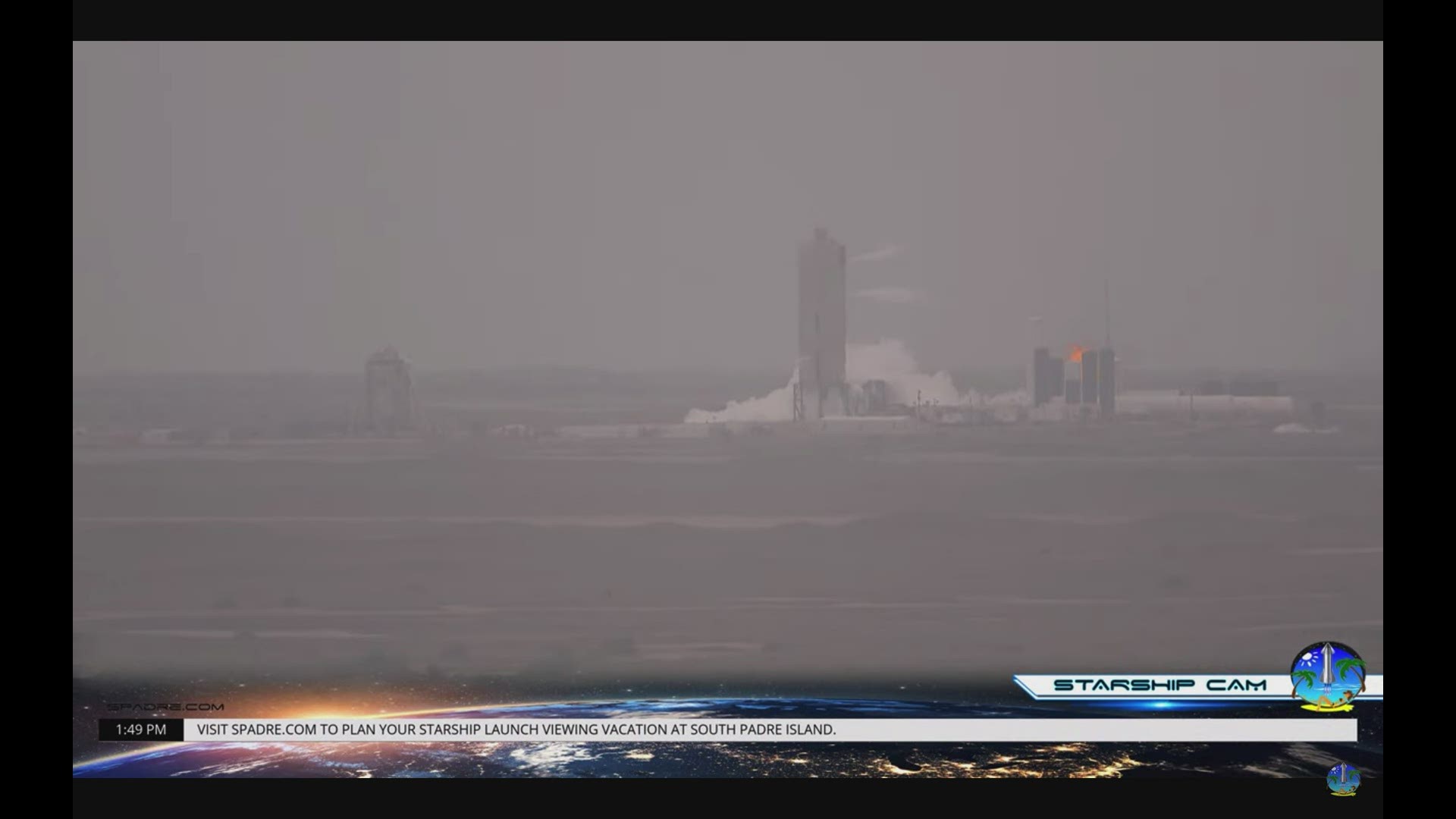 A SpaceX prototype exploded in Texas Friday after a rocket engine test, according to Space.com. It is unrelated to this weekend's attempt to send two astronauts into space aboard another SpaceX rocket.

The Starship SN4 prototype was undergoing a short test of its Raptor rocket engine, known as a static fire test, while at a SpaceX test facility near Boca Chica, Texas, according to Space.com.

CNBC reports that the test initially appeared successful before the Starship prototype exploded.

Video of the test shows smoke billowing from the lower portion of the rocket before the entire spaceship quickly becomes engulfed in flames.

The explosion is unrelated to Saturday's scheduled attempt by SpaceX to launch astronauts from Florida to the International Space Station. In that launch, SpaceX is utilizing their Falcon 9 rocket and Crew Dragon spacecraft. That rocket has had dozens of successful missions launching satellites and cargo over the past few years.

Starship SN4, was the fourth prototype in a series of spaceships with the goal of eventually transporting 100 people and cargo to the moon and Mars. The rocket is supposed to be reusable so it acts more like a commercial airplane, according to CNBC.

On Thursday, SpaceX successfully test-fired the Starship SN4 vehicle ahead of an upcoming launch set to carry the rocket 500 feet, Space.com reports. On the same day, SpaceX received a launch license for its Starship from the Federal Aviation Administration.

Previous iterations of the rocket have been successful in conducting a short launch and landing. CNBC reports that this latest Starship prototype had passed several milestones, but the company had yet to begin flight testing with the spaceship.