Starbucks goes drive-thru only over coronavirus concerns after employee petition

The Seattle-based coffee chain is limiting service for most of the public after workers petitioned they were at risk with the new virus spreading, reports say. 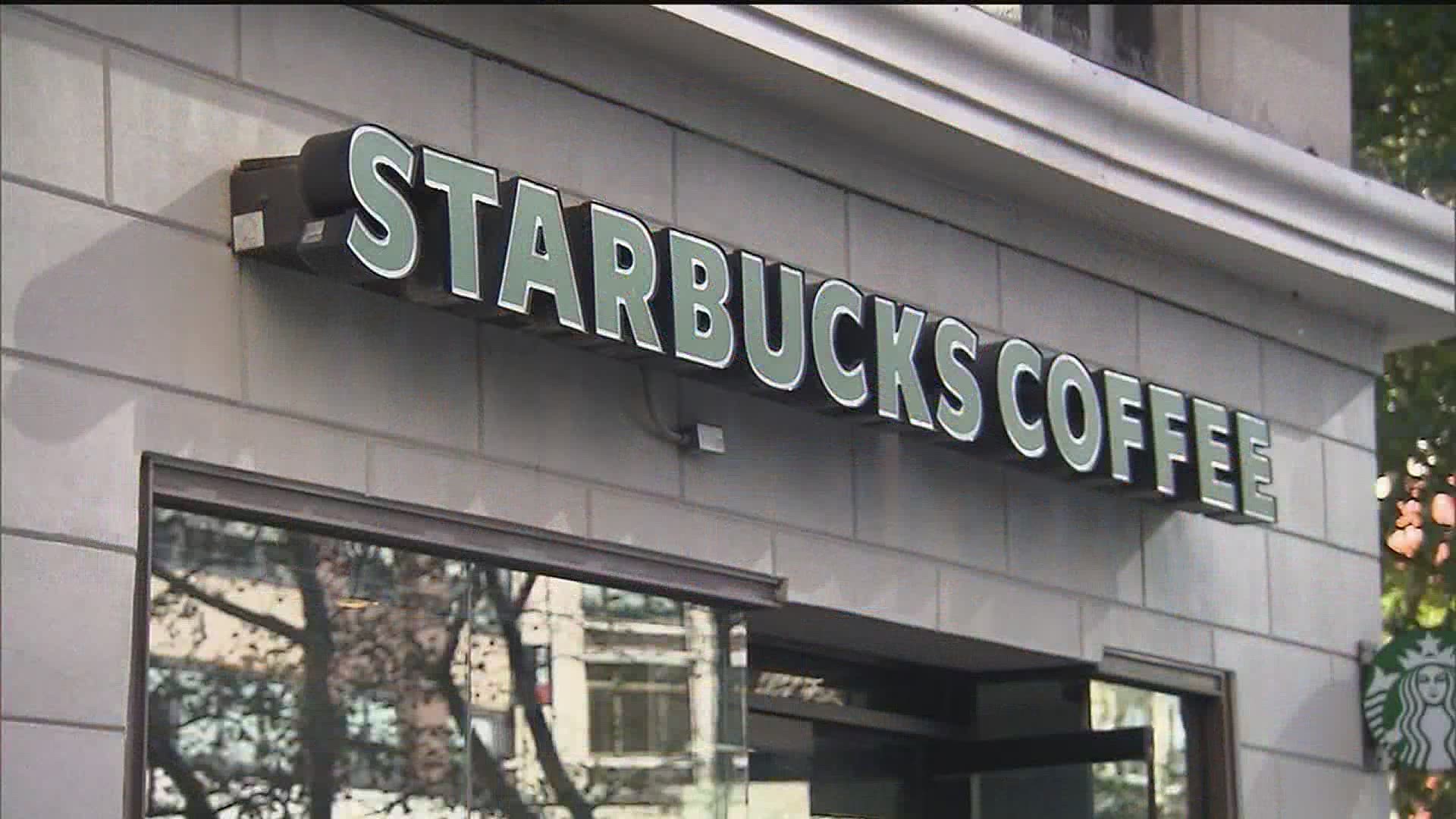 WASHINGTON — Starbucks is temporarily closing the inside of its locations in the U.S. and Canada amid the coronavirus pandemic. Employees had petitioned for stores to close because they felt at risk with the new virus spreading and the public still being able to order and carry out to-go, news outlets report.

The company said in a statement Friday afternoon that it’s going mostly drive-thru and delivery for at least two weeks, while it’ll pay its employees for the next 30 days whether they come to work or stay home. The coffee chain headquartered in Seattle also said the temporary closed access won’t apply at some locations near hospitals and other health care centers.

Starbucks says those cafes that will remain open so it can still serve first responders and health care workers dealing with COVID-19.

Rossann Williams, president of Starbucks’ U.S. company-operated business and Canada, wrote a letter to employees about the drive-thru only changes and month’s pay regardless if they come to work.

“With daily news from friends and family members getting laid off and businesses closing, we need one another more than ever,” Williams said.

RELATED: Starbucks will be 'to go' only for 2 weeks in US, Canada due to coronavirus

A petition by Starbucks employees circulated this week, saying it should suspend business indefinitely because of the coronavirus, VICE News and the New York Post reported.

“Coffee is not essential at all. Starbucks is not essential. And yet we’re still open,” Anyia Johnson, the Philadelphia-based barista who wrote the petition, told VICE on Wednesday. It had more than 36,000 signatures as of Friday evening.

“Let’s be real. Lattes aren’t ‘essential,’” Williams says in the letter to employees. “But in times of crisis, the government asks convenient food and beverage outlets to remain open when possible for pickup, Drive Thru, or delivery. Like grocery stores, gas stations, and other daily conveniences, our stores are part of a support system the government is counting on to be in service to the community.”

With the duration of the viral outbreak unknown, major corporations are piling up cash to ride it out. AT&T canceled a $4 billion accelerated stock buyback program scheduled for the second quarter. Meanwhile, Target Corp. says it will give a $2 an hour wage increase to its 300,000-plus workers who have been scrambling to help customers. And Mercedes-Benz and BMW became the latest automakers to announce that they're pausing production, bringing almost the entire U.S. auto industry to a halt.

Williams says Starbucks is also encouraging other major employers to support workers’ pay while the coronavirus has many at home.

Credit: AP
FILE - In this Monday, Jan. 26, 2009 file photo, a Starbucks barista hands a coffee drink to a customer from a drive-up window at a store near the company's corporate headquarters in Seattle. On Thursday, March 12, 2020, the company said some of their stores in the U.S. and Canada may become drive-thru only while others could limit the number of people allowed inside, one day after the World Health Organization declared the outbreak of coronavirus a pandemic. (AP Photo/Elaine Thompson)