The attorneys general say Congress should have the final say on the project. 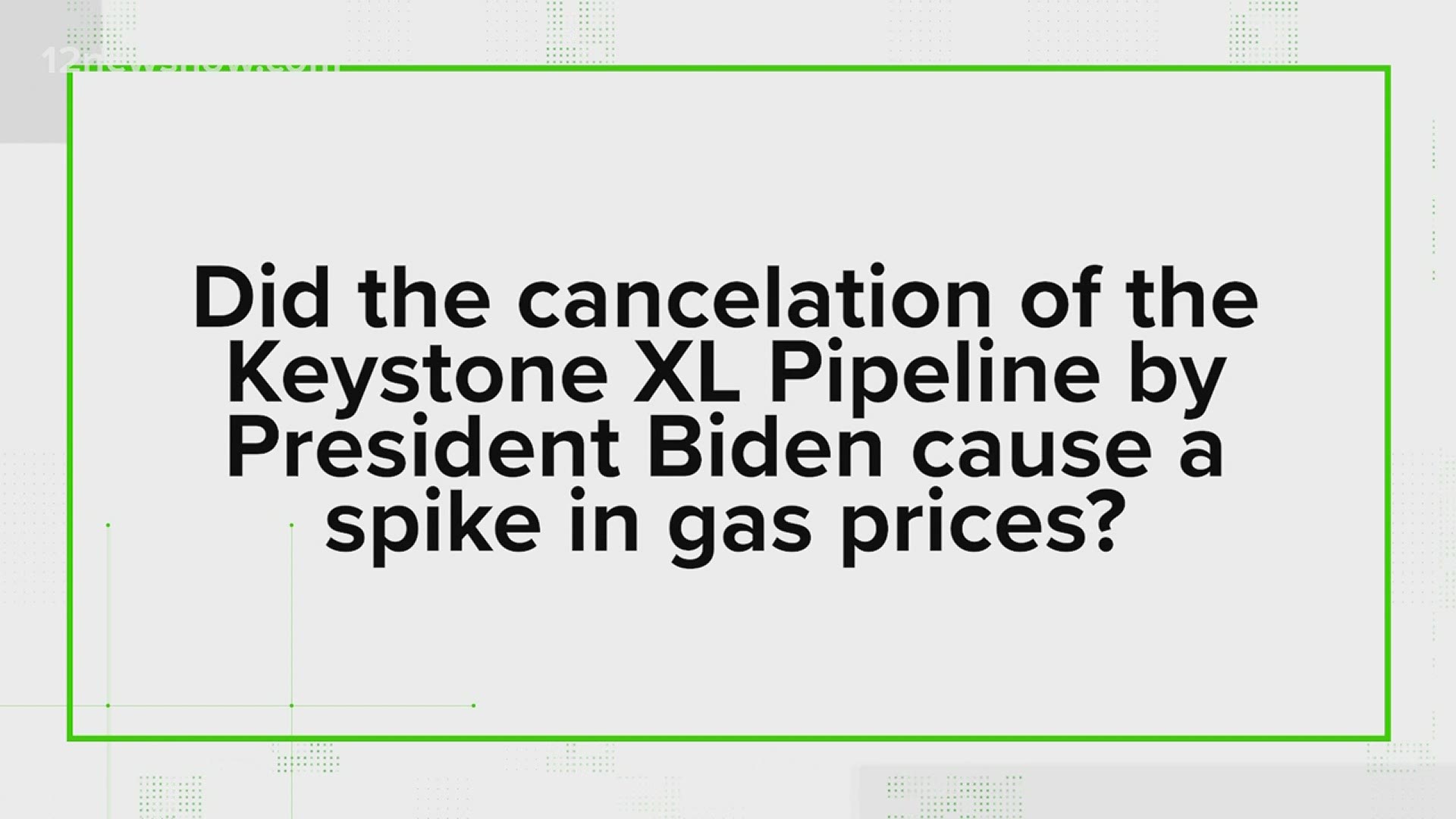 Led by Ken Paxton of Texas and Austin Knudsen of Montana, the states said Biden had overstepped his authority when he revoked the permit for the Keystone pipeline on his first day in office.

Because the line would run through multiple U.S. states, Congress should have the final say over whether it's built, according to the lawsuit filed in U.S. District Court in Texas.

Construction on the 1,200-mile (1,930-kilometer) pipeline began last year when former President Donald Trump revived the long-delayed project after it had stalled under the Obama administration.

It would move up to 830,000 barrels (35 million gallons) of crude daily from the oil sand fields of western Canada to Steele City, Nebraska, where it would connect to other pipelines that feed oil refineries on the U.S. Gulf Coast.

Some moderate Democratic lawmakers also have urged Biden to reverse his decision, including Sens. Joe Manchin of West Virginia and Jon Tester of Montana.

Credit: AP
This March 11, 2020 photo provided by the Bureau of Land Management shows a storage yard north of Saco, Mont., for pipe that will be used in construction of the Keystone XL oil pipeline near the U.S.-Canada border.

RELATED: VERIFY: Yes, jobs lost from President Biden canceling Keystone XL Pipeline, but not as many as you think