Dwayne Johnson to President Trump: 'Where are you?' 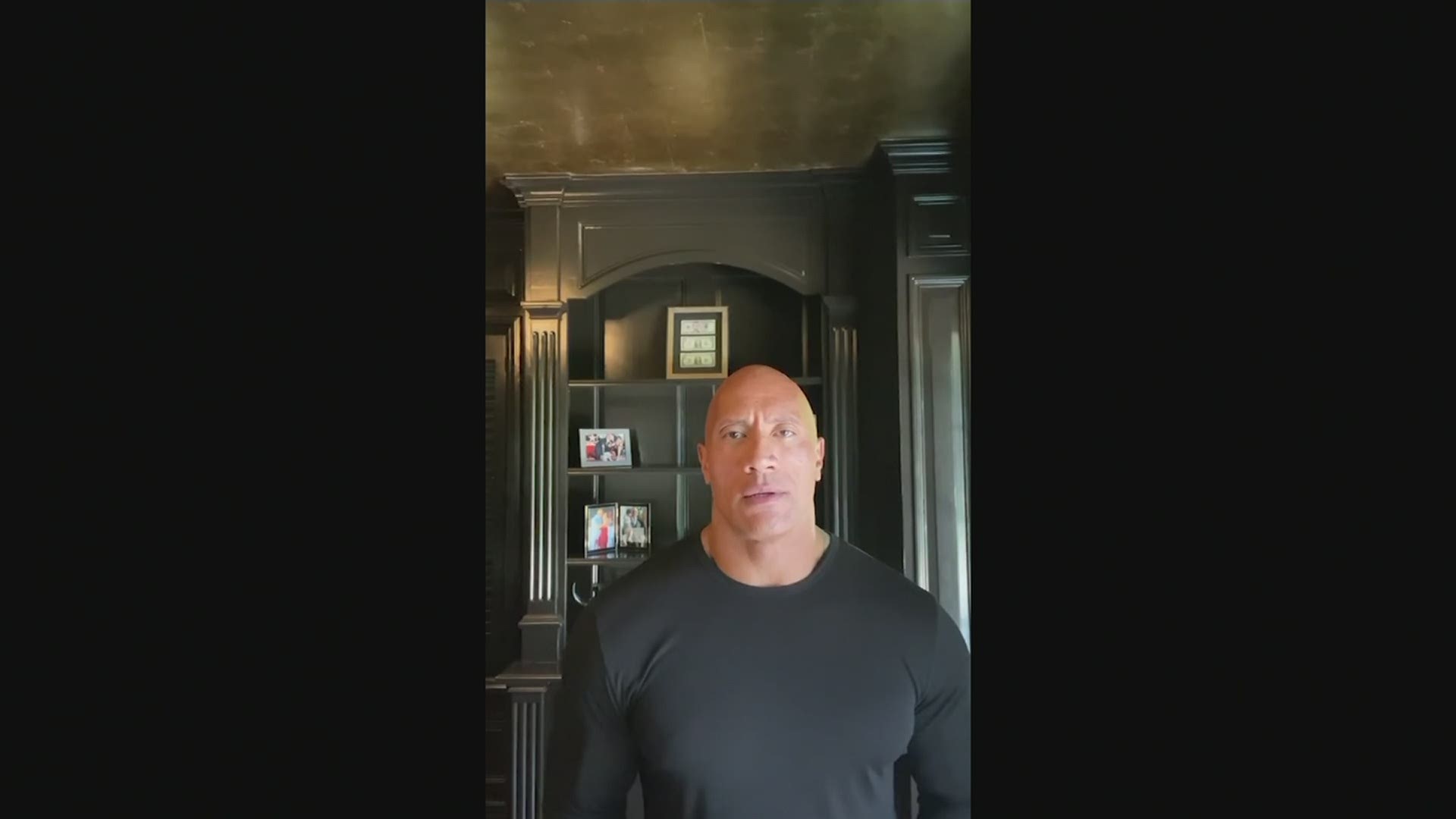 LOS ANGELES — In a video that now has more than 14 million views on Instagram, Dwayne "The Rock" Johnson has one question for President Donald Trump: "Where are you?"

In the 8 1/2-minute video posted Wednesday amid historic protests over the killings of black people by police, The Rock repeatedly calls out the president, though he doesn't specifically say his name.

"Where is our leader at this time, at this time when our country is down on its knees, begging, pleading, hurt, angry, frustrated, in pain, begging and pleading with its arms out, just wanting to be heard?" he says.

He continued: "You'd be surprised how people would respond, how Americans would respond if you say to them, 'I care about you. I am listening to you. This is our country. You are all my people. And I take full responsibility and full accountability for something that has been hundreds of years of systemic disease. Why am I taking full accountability? Because I am your leader. I'm your leader. And I'm going to do everything I can to make this right.'"

Trump has called protesters "lowlifes and losers" and is staking out what he calls a "law and order" approach to demonstrations and demands to re-imagine policing in America.

No matter what, The Rock says "the process to change has already begun."

RELATED: George Floyd to be laid to rest Tuesday