General says US cutting troops in Iraq to 3,000 this month

In July, the top U.S. general for the Middle East said he believed the U.S. will keep a smaller but enduring presence in the country. 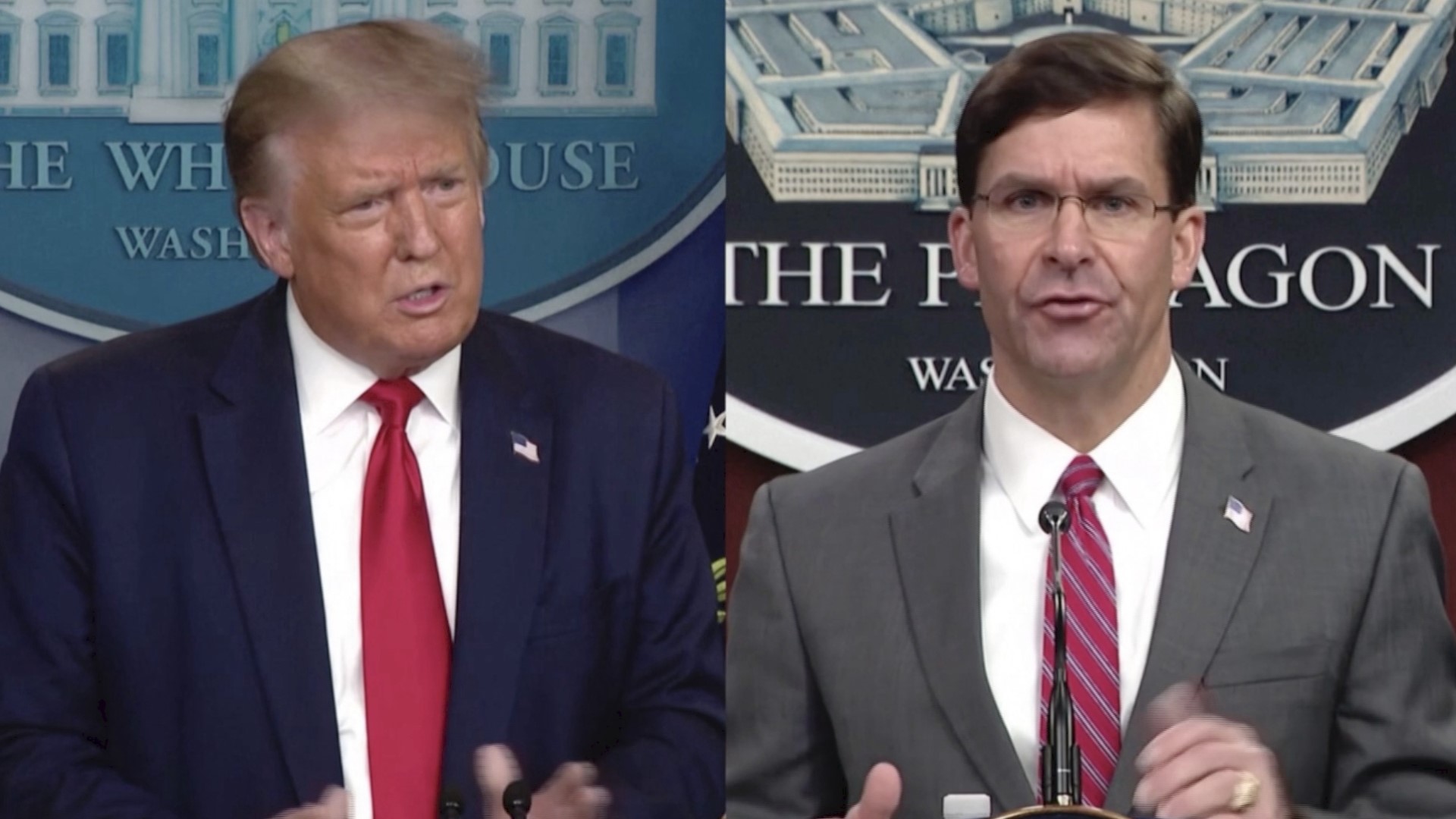 WASHINGTON, D.C., USA — The United States is reducing its troop presence in Iraq this month from 5,200 to 3,000, the top American commander for the Middle East said Wednesday, as President Donald Trump tries to make good on his campaign promise to get the United States out of “endless wars."

During a visit to Iraq, Marine Gen. Frank McKenzie, the commander of U.S. Central Command, said the reduction in Iraq reflects U.S. confidence in the ability of U.S.-trained Iraqi security forces to handle the militant threat from the Islamic State group, which entered Iraq from Syria in 2014.

Late Tuesday, a senior Trump administration official, speaking on condition of anonymity, told reporters aboard Air Force One that such an announcement was coming and that an announcement on the withdrawal of additional troops from Afghanistan also could be expected in the coming days.

Trump has been trying to make the case that he has fulfilled the promises he made four years ago as he campaigns for a second term.

RELATED: At military academies, COVID-19 is the enemy to be defeated

U.S. forces have been in Afghanistan since 2001. They invaded Iraq in 2003 and left in 2011 but returned in 2014 after the Islamic State group overran large parts of Iraq.

“In recognition of the great progress the Iraqi forces have made and in consultation and coordination with the government of Iraq and our coalition partners, the United States has decided to reduce our troop presence in Iraq from about 5,200 to 3,000 troops during the month of September," McKenzie said, according to an excerpt of his remarks provided by his office.

McKenzie said the remaining U.S. troops would continue advising and assisting Iraqi security forces as they attempt to root out remnants of the Islamic State group, sometimes called ISIS.

“The U.S. decision is a clear demonstration of our continued commitment to the ultimate goal, which is an Iraqi security force that is capable of preventing an ISIS resurgence and of securing Iraq’s sovereignty without external assistance,” McKenzie said. “The journey has been difficult, the sacrifice has been great, but the progress has been significant.”

Tensions spiked between the U.S. and Iraq in January after a U.S. drone strike near the Baghdad airport killed Iranian Gen. Qassem Soleimani and Iraqi militia leader Abu Mahdi al-Muhandis. Angry Iraqi lawmakers, spurred on by Shiite political factions, passed a nonbinding resolution to oust all U.S.-led coalition forces from the country.

RELATED: US plans further troop reductions in Iraq by November