The stunning footage shows a Guardsman hop on the submarine-looking vessel, climb over and bang on the hatch during their effort to intercept it. 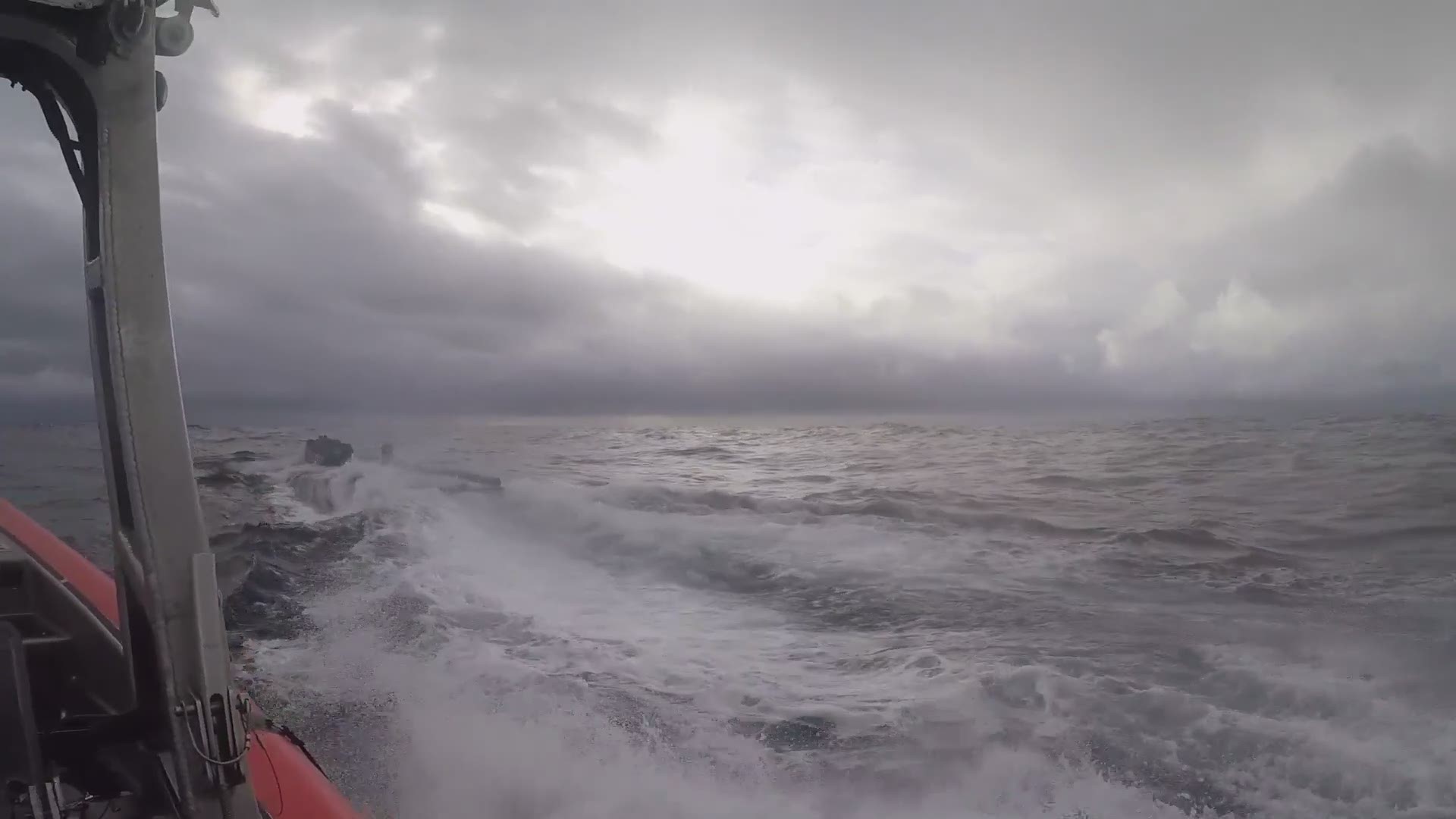 Wild, stunning video from the U.S. Coast Guard shows crew members board a vessel they suspected of smuggling drugs. In the dramatic, camera-captured scene, crew members of the Coast Guard Cutter Munro intercept what they called "a self-propelled semi-submersible."

The Coast Guard tweeted the video on Thursday from the drug bust that happened last month in the Eastern Pacific Ocean. The footage shows the Guard approach the submarine-looking vessel in international waters.

A Coast Guard statement says the Munro's crew unloaded more than 39,000 pounds of cocaine and over 900 pounds of marijuana on Thursday in San Diego, turning over the seizures from encounters like the one in the video to federal authorities. The drugs are worth a combined estimated $569 million, the Coast Guard says.

Vice President Mike Pence was among officials who welcomed the Munro crew as they handed over the seizures. The drugs are from 14 separate suspected smuggling vessel interceptions by three Coast Guard cutters off the coasts of Mexico, Central and South America since May.

The Coast Guard says vessels like the one it discovered June 18 while operating in the Pacific waters are built and designed to hold large quantities of contraband while evading law-enforcement detection.

Pence says that more than 50 people accused of smuggling will be prosecuted in Thursday's offload he attended.