Without fans clamoring to claim every ball that ends up in the seats, baseballs have been left scattered everywhere during this coronavirus-shortened 60-game season. 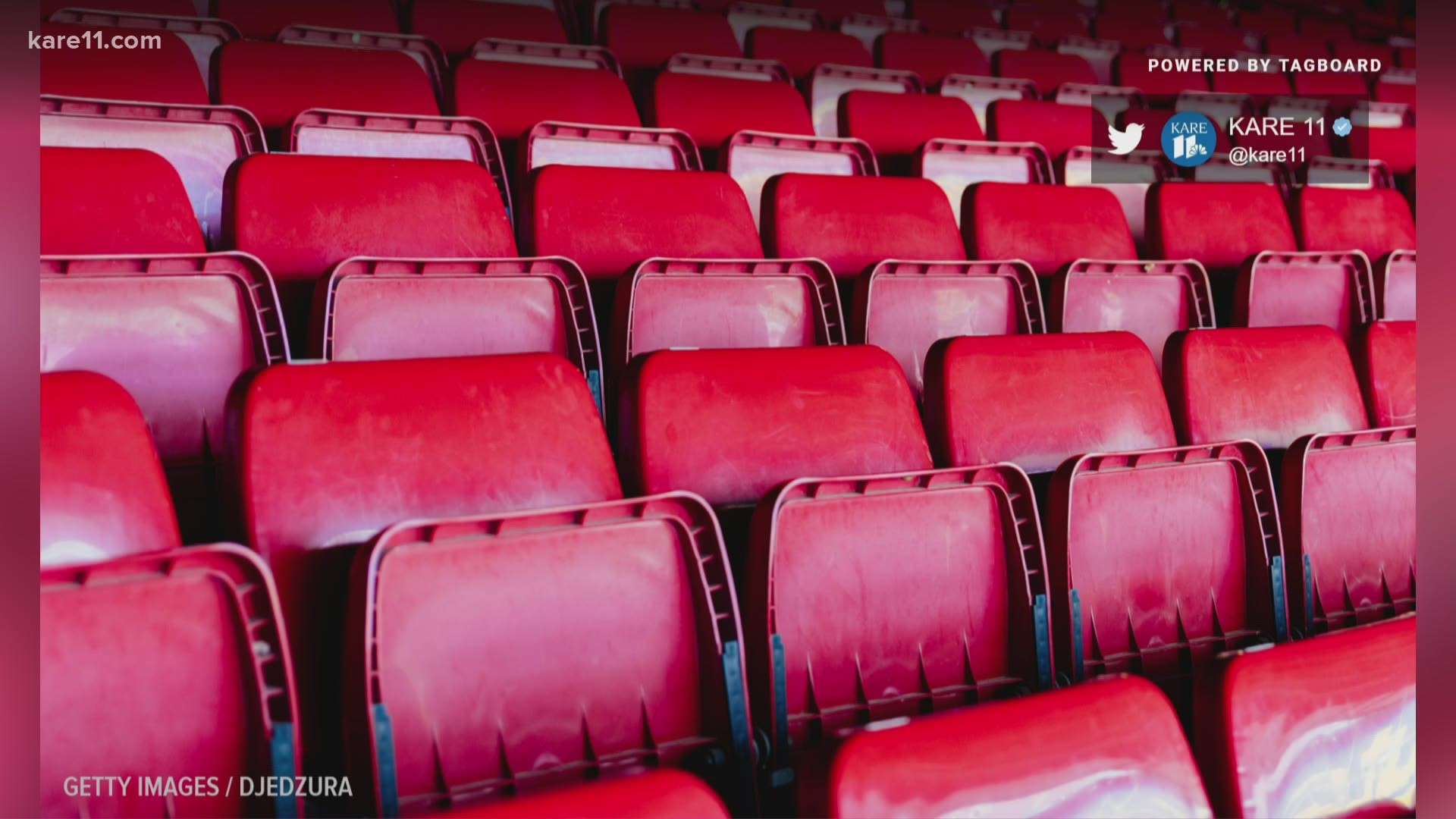 OAKLAND, Calif — Mookie Betts made a running catch in foul territory and immediately spotted something just over the padded outfield wall at Dodger Stadium: a lonely, stray baseball.

After signing a $365 million, 12-year contract, Betts apparently wasn't above a little clean-up duty in his Los Angeles debut. He leaned over the railing, scooped up the ball and tossed it behind the right-field fence.

From Target Field to PNC Park and Busch Stadium, there are baseballs scattered everywhere with no fans inside to chase them down during this coronavirus-shortened 60-game season.

No scrambles for souvenirs in the upper deck. No races for home run blasts in the bleachers. No jump balls for foul balls in the box seats.

Without fans clamoring to claim every ball that winds up in the stands, baseballs have been left scattered everywhere.

Some clubs have been more frugal than others when it comes to collecting them. Betts, for instance, took it upon himself to grab that abandoned ball after making a nifty grab in the sixth inning of Thursday night's season opener against the San Francisco Giants.

The Mets, meanwhile, were quick to fetch a homer by Atlanta's Adam Duvall on Saturday at Citi Field after it crashed into a cardboard cutout of a dog belonging to New York All-Star Jeff McNeil. The pooch sure showed off a good set of paws — a stadium attendant found the home run ball sitting in the seat propping up the likeness of Willow McNeil.

“I think we’re going to save money, I guess," Angels manager Joe Maddon said. “I’m sure somebody’s going to sweep it up afterwards. They’ve got to have the baseball detail that goes out there after the game, as opposed to blowing hot dog wrappers, let’s go find baseballs. Everything about all of this is different. We’re getting used to it.”

In the Angels-Athletics opener Friday night, Oakland slugger Khris Davis fouled a 76 mph curveball from Andrew Heaney straight back into the second deck of the Coliseum in his first at-bat.

The next batter, Matt Olson, fouled off a pitch down the third-base line and into a section of lower-level seats. Then the ball bounced, hit the walkway and quickly rolled down the stairs to the very bottom row.

An approach taken by some teams is sending out souvenirs to fans if their cardboard cutout gets hit by a ball.

Credit: AP
Cutouts of New York Mets players' dogs are displayed in the stands during a baseball game against the Atlanta Braves, Saturday, July 25, 2020, in New York. The likeness on the right of 1-year-old Willow, a puppy owned by the Mets' Jeff McNeil, was hit by a home run off the bat of Atlanta's Adam Duvall on Saturday. (AP Photo/Adam Hunger)

“My first A’s game was when I was 5 years old (1973) and I’ve gone to many, many A’s games over the years. Never have I been close to catching a foul ball or home run!” Lovelady wrote in an e-mail. “Thanks to my family and co-workers, who bought me the cutout, my long drought is over!"

After Lovelady learned the A’s would donate $81.10 to a local charity because his image was hit by a foul ball, he pledged a donation in the same amount to local food bank Three Square in Henderson and encouraged others to help charities if they could.

When fans do come back to the ballpark eventually, Angels slugger Justin Upton thinks they should get a special surprise — the chance to pick up all those baseballs in the bleachers that have been fouled off or hit over the fences for home runs.

“It'll be great when the fans get back in the stadium. Honestly I think they should just leave them there as long as it doesn't get too crazy where there's balls everywhere,” he said. “When the fans are allowed back in the stadium, allowing them to walk in and maybe at their feet being able to pick up a baseball from the season before."

Dustin Morse, senior director of communications for the Twins, might be this year’s ball-hawking MVP after making it his new pastime. Or at the very least he owns the early lead.

Morse spent the opening weekend tracking down every Twins home run, a brave task one year after the “Bomba Squad” set a major league record with 307 homers.

He scoured the stands and found Minnesota’s first seven long balls before deciding he couldn’t keep up and announcing his retirement from fetching Tuesday night.

“He’s watching the game, obviously, but he’s getting his steps in by retrieving foul balls,” Black said. “It’s difficult for me to imagine a cardboard cutout going to retrieve a foul ball and going to the concession stand to get a snow cone. That would be sort of fun to see.”