The video of the teary-eyed interaction went viral, and the response Misty Daugereaux has received from the public has been positive. 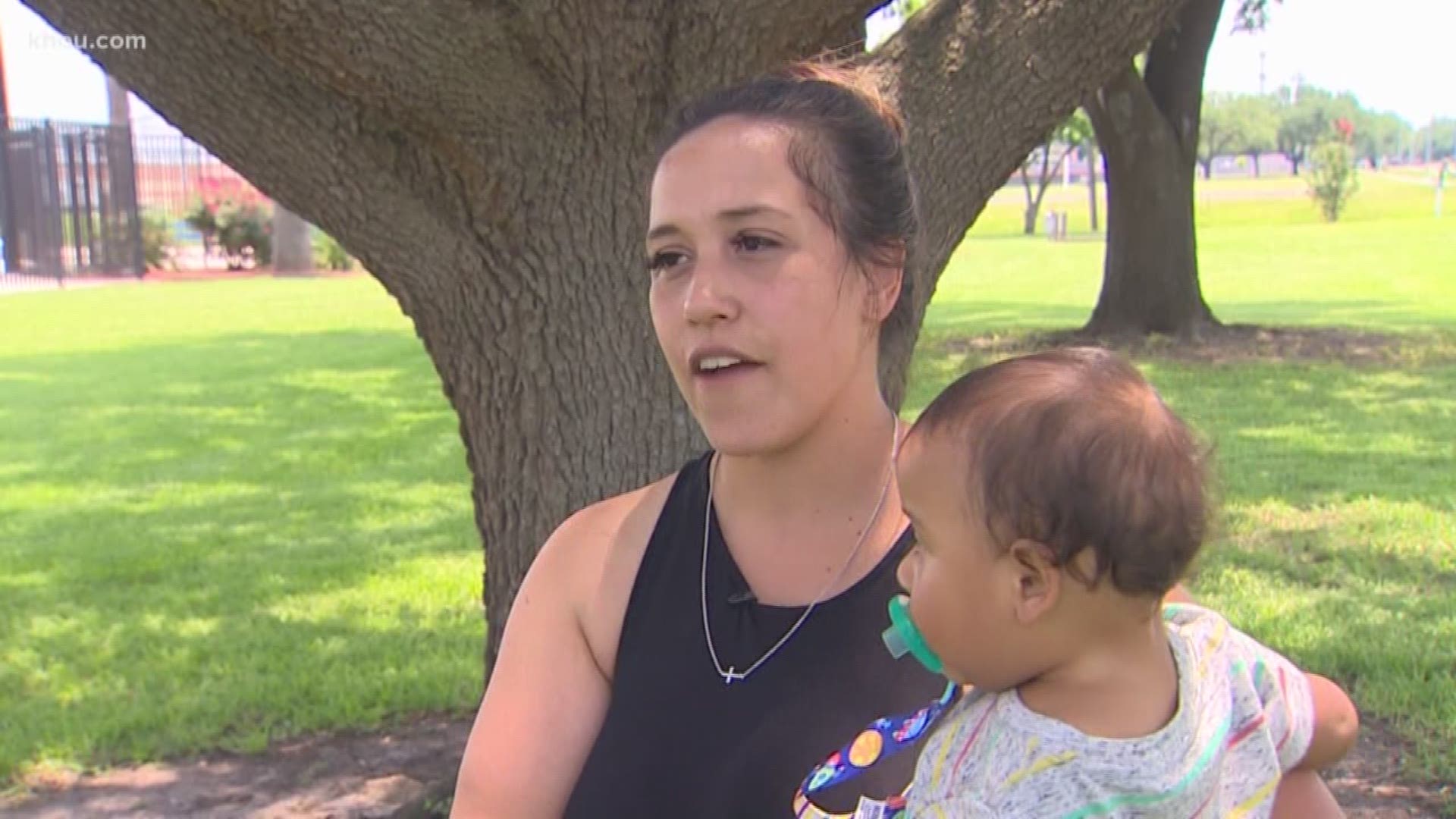 TEXAS CITY, Texas — The story of a breastfeeding mom kicked out of a Texas City pool touched a nerve, drawing thousands of responses on social media from around the world.

It seems there is still confusion about what the law is surrounding nursing mothers. It’s legal in all states for a mom to breastfeed anywhere where a mom can be.

This session, the Texas Legislature considered a bill that would have made it legal for a mom to sue any place that did not allow her to breastfeed on the basis of violating her civil rights. That bill died in committee, but it’s getting renewed attention after what happened in Texas City.

This week, Gov. Greg Abbott signed into law that like breastfeeding, a mom has the right to express breast milk, pumping in any location she’s authorized to be.

The body cam on a Texas City Police officer was rolling when he asked a breastfeeding mom to leave the Nessler community pool.

Pool employees had called police saying the mom was exposing her breasts while nursing. She told them she was allowed to feed her 10-month-old.

“I seriously thought he was going to save the day, like, ‘Mom, you can breastfeed.’ That’s not the response I got,” she said.

The video of the teary-eyed interaction went viral, and the response Daugereaux has received from the public has been positive.

“I have an overwhelming group of women and dads and aunts and uncles sending me messages of support, saying, 'I support you,'” she said.

Paula Clay, board-certified lactation consultant and Texas La Leche League Leader, said a mom can breastfeed, covered up or not.

“The current law states that it’s legal for a mom to breastfeed anywhere it’s legal to be here,” she said. “In other words, if she and her baby or child are allowed in a place, she’s allowed to breastfeed.”

The city has apologized for the incident at the pool, saying it’s reviewing nursing policies and staff response.

The Texas City Police Department said they are planning to release a new statement because there has been so much interest in the case.