Judge halts release of Lisa Eisenhart, who carried zip ties through Capitol with her son

A Tennessee magistrate judge previously found that Eisenhart's comments about preferring to "fight or die" were "hyperbole." 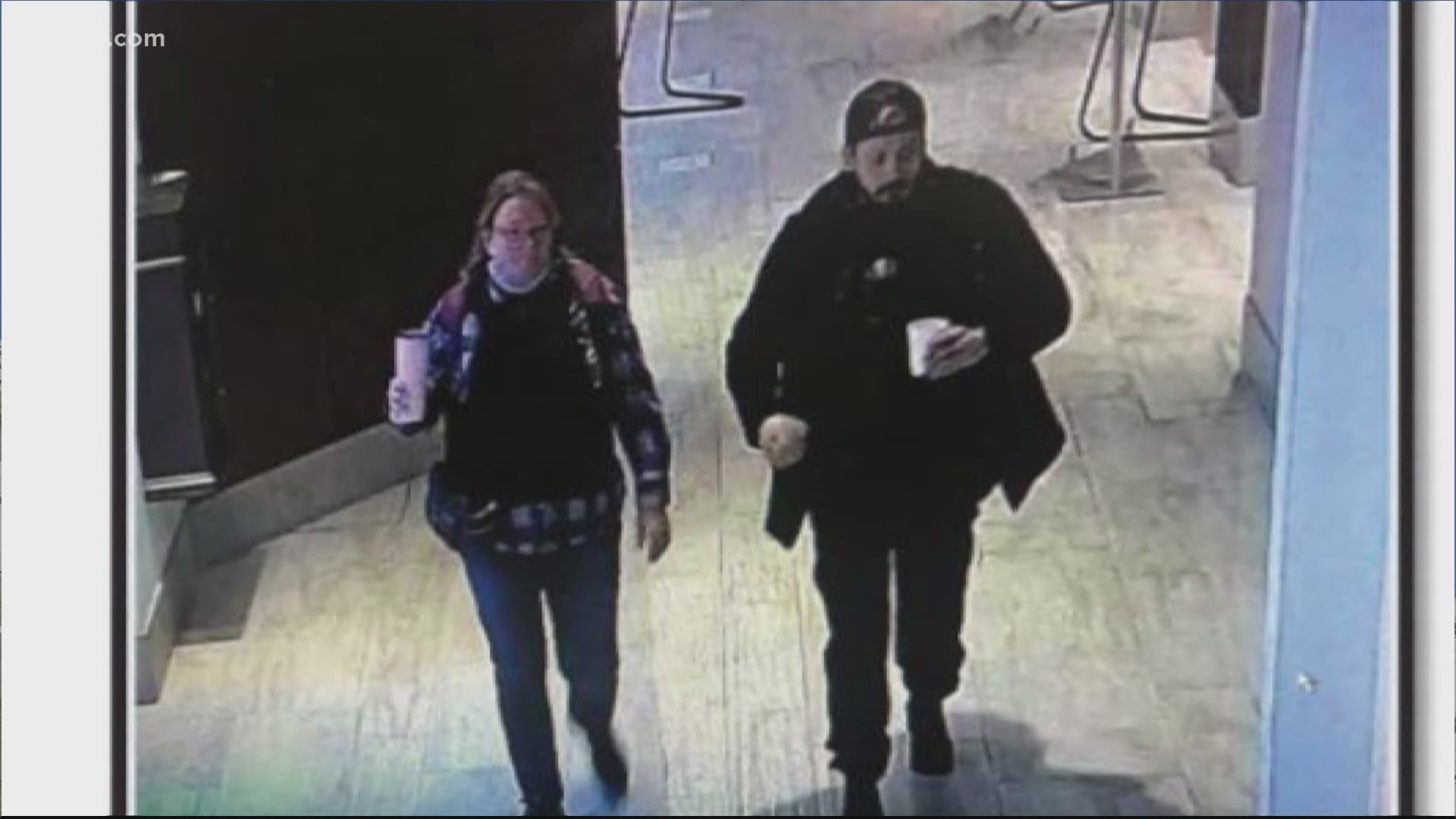 WASHINGTON — More than a dozen people charged in the Capitol riot appeared in federal courts in Tennessee, Texas and the District of Columbia on Monday – just a fraction of the 100+ defendants already charged in the case.

In Texas, Garret Miller – the alleged Capitol rioter who tweeted “Assassinate AOC” and threatened a Capitol Police officer – apologized to the New York congresswoman and said in a written statement released by his attorney that he had been “following the instructions of former President Trump” whose after November 6 “had been believed the election was stolen from him.”

The judge found Miller was both a flight risk and a danger to the community, and ordered him held without bail.

In D.C., two district court judges split up a dozen defendants between them, including Kevin Seefried – the man captured in a now-iconic image marching through the Capitol with a Confederate flag – his son Hunter, and Riley June Williams, the woman accused of stealing a laptop belonging to Speaker of the House Nancy Pelosi.

Both Seefrieds waived their right to a preliminary hearing and were granted pre-trial release on a number of conditions, including that they stay away from Washington, D.C., don’t travel outside of Delaware without advising pre-trial services and that they not possess any firearms until their trials conclude.

Both Kevin Seefried -- the man photographed carrying a confederate flag through the Capitol during the #CapitolRiot -- and his son, Hunter, have waived their pre-trial hearings and agree to the following conditions: pic.twitter.com/AwjIMTfzit

Sign up for the Capitol Breach Newsletter. Don't miss an update about arrests, charges or investigations into the assault on the Capitol.

In Williams’ case, a federal prosecutor asked Magistrate Judge Zia M. Faruqui to limit Williams’ internet access, telling the judge she was concerned Williams was trying to destroy evidence and that she had been encouraging others to do so on social media. The prosecutor asked Faruqui to prohibit Williams from all computer, phone and internet access, and asked the court to order a mental health assessment.

The hearing recessed for the day without a ruling, and was scheduled to resume Tuesday. Williams is currently on home confinement and ordered to wear a GPS-monitoring ankle bracelet.

In Tennessee, DOJ lawyers returned to Magistrate Judge Jeffrey Frensley to argue that another alleged Capitol rioter photographed with flex cuffs be detained until trial – this time not “zip tie guy” Eric Gavelek Munchel, but his mother, Lisa Eisenhart.

On Friday, Frensley had ruled Munchel could be released, finding that it wasn’t clear what his motive was when he entered the Capitol building on Jan. 6. That release was halted on Sunday by U.S. District Court Chief Judge Beryl A. Howell. Howell also ordered Munchel transported to D.C. for further hearings.

The Justice Department is entering evidence not presented in Eric Munchel's pre-trial hearing -- but entered on Sunday in an emergency motion -- that Munchel and Eisenhart were part of a group that allegedly assaulted and threatened a Bloomberg reporter. https://t.co/GQSjwAlp3D

Justice Department lawyers appeared in court Monday with the same arguments they offered for Munchel. They said Eisenhart came to the Capitol ready for combat, that she knew she could face prison time for what she was doing – as evidenced by a video the Justice Department presented of her and her son discussing stashing weapons beforehand – and that comments she has made since about preferring to “fight and die” rather than live under “oppression” show she poses a continuing danger to the community.

Frensley repeatedly pressed back against that assertion, pointing out that the Justice Department had presented no evidence that Eisenhart had participated in any assaults on officers and also that she had turned herself in to authorities when she learned there was a warrant for her arrest.

“Doesn’t that suggest that maybe ‘fighting and dying’ is more hyperbole than you suggest?” Frensley asked.

Frensley also said Eisenhart’s acquisition of zip ties in the Capitol seemed to be “purely by chance” and not part of any “grand plan.”

Before delivering his ruling, Frensley noted that he was aware people are “scared and they are angry” about what happened on Jan. 6.

“The events of that day were shocking and disconcerting,” he said. “People feel like the rioters attacked our democracy and our constitution.”

However, he said, the law requires him to impose the least-severe restrictions possible.

To that end, Frensley ordered Eisenhart to home detention in the Northern District of Georgia with a number of conditions:

Frensley stayed his order until 5 p.m. on Tuesday, though, to allow the Justice Department to appeal. That appeal was granted Tuesday by D.C. District Court Chief Beryl A. Howell, who halted Eisenhart's release and ordered her transported to D.C. for further hearings.

We're tracking all of the arrests, charges and investigations into the January 6 assault on the Capitol. Sign up for our Capitol Breach Newsletter here so that you never miss an update.