Lt. Gen. Russell Honore has been appointed by House Speaker Nancy Pelosi to investigate what happened at the Capitol on Jan. 6. 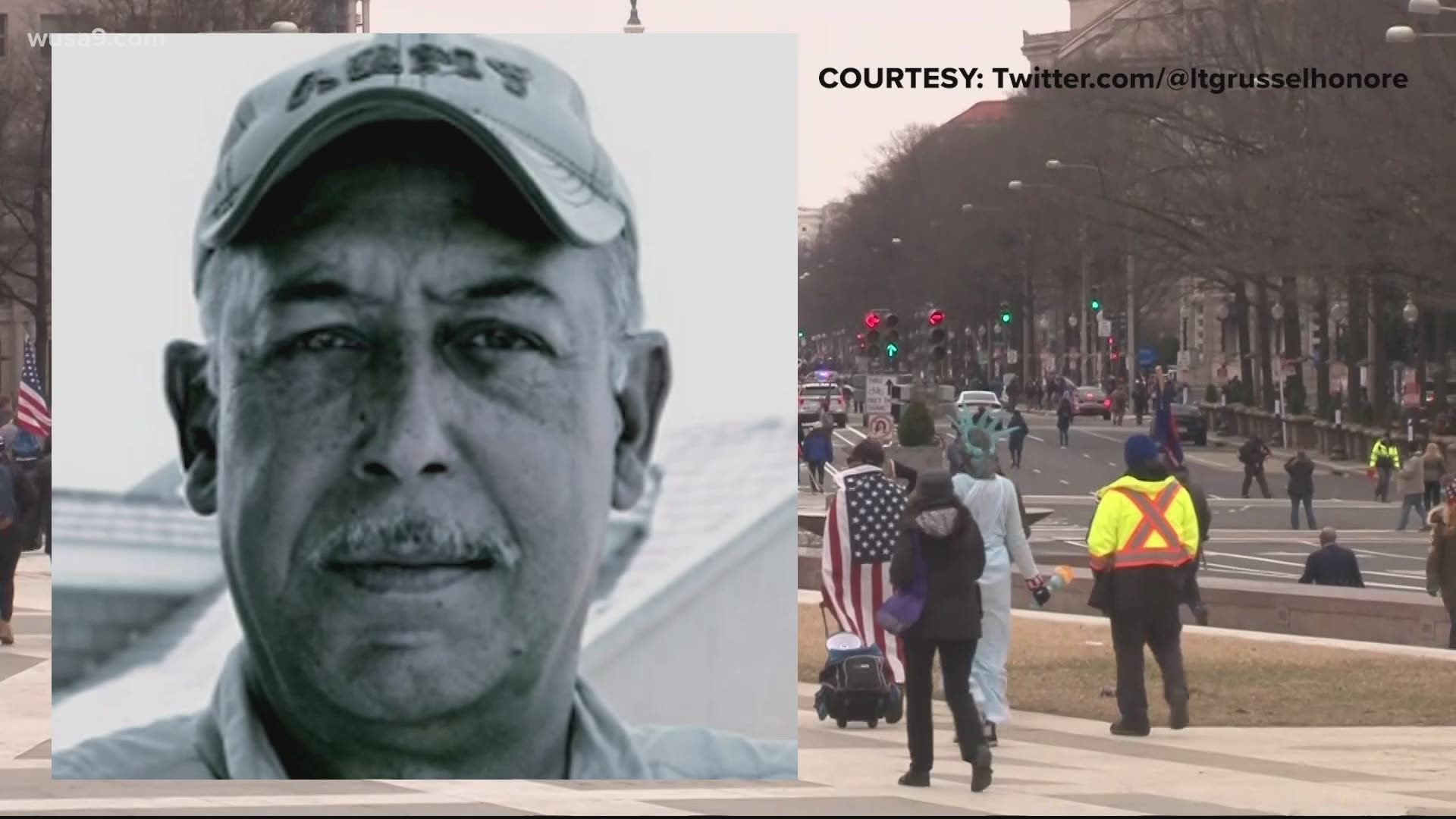 WASHINGTON — For Speaker of the House Nancy Pelosi, the image still burned in her mind of the Capitol riots on Jan. 6 was a man wearing a “Camp Auschwitz” shirt.

"To see this punk with that shirt on and his antisemitism that he has bragged about, to be part of a white supremacist raid on this capitol requires us to have an after-action review," Pelosi told reporters at a Capitol news conference Friday.

Members of the Norfolk FBI Joint Terrorism Task Force arrested 56-year-old Robert Packer in Newport News, Virginia, accusing him of being that rioter.

A literal sign that some things are returning back to normal at the #Capitol: The #johnlewis sign is back at @LeaderHoyer’s office after being damaged in #CapitolRiots @wusa9 pic.twitter.com/diHWTSxilj

Now, Pelosi is putting the former leader of Hurricane Katrina relief efforts in charge of finding out what happened at the Capitol that day.

.@SpeakerPelosi: "I have asked retired Lieutenant General Russell Honoré to lead an immediate review of security infrastructure, interagency processes and command and control."

WUSA9 asked Speaker Pelosi what she would like to see in reforms with the US Capitol Police, at the bare minimum.

"The investigation will tell us what we need to know to have truth that we can trust the system that we have here," she said. "Ten days ago, as I said, we really lost our innocence in this because we always prepared to protect and defend from all enemies foreign. But the Constitution also says ‘and domestic.’ And now we have to protect ourselves from enemies domestic. How close within? The investigation will let us know."

RELATED: TIMELINE: From a presidential speech to insurrection, here's how the Capitol riots evolved

Six people died, including a woman who was shot and two Capitol Police officers, and dozens were injured when pro-Trump rioters stormed the U.S. Capitol on Wednesday, Jan. 6.

Thousands of Trump supporters surrounded the U.S. Capitol following a rally on the National Mall to protest unfounded claims of election fraud in which the President told the crowd to “fight like hell”, and that if they didn’t they were “not going to have a country anymore.”

The mob forced its way in while a joint session of Congress led by Vice President Mike Pence was being held to certify the electoral college vote, confirming Joe Biden’s presidency. The rioters smashed windows, pushed back police lines and scaled the walls of the Capitol, gaining entry as far as the House and Senate Chambers where the historic vote had been happening just minutes before.

The looters ransacked offices of leaders like Speaker of the House Nancy Pelosi and damaged or stole property throughout the complex.

The building was locked down for more than 4 hours, key members of government were ushered away by armed security to safe locations while other Congressmen and women and their aides barricaded in their offices, fearful for their safety.

More than a dozen people have been charged with federal crimes, but the FBI is still working to identify many other rioters. Anyone with tips can call 1-800-225-5324) or submit images or videos at fbi.gov/USCapitol.