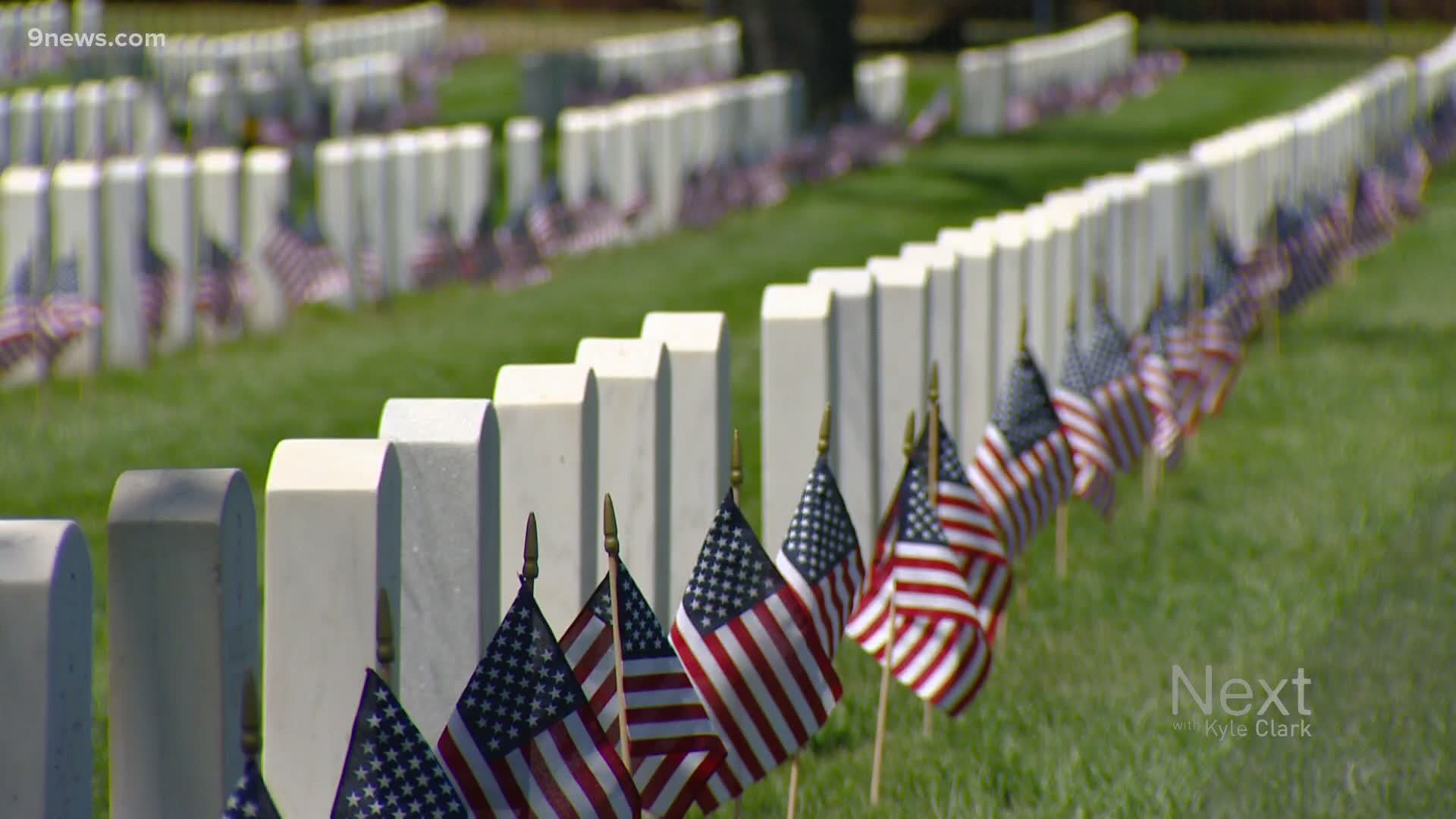 DENVER — When Memorial Day comes around, Christine Yeargin does something purposeful every year. She takes her three children to Fort Logan National Cemetery for a lesson in freedom.

"I started a tradition about seven years ago about bringing my children here every single year and just to teach them," Yeargin said. "We don't have anybody in the cemetery."

But, she said she has respect.

For decades, schools and groups like the Boy Scouts placed small American flags on each grave as an honor for Memorial Day. But, COVID-19 restrictions won't allow for large, organized gatherings as in years past.

RELATED: What you need to know about coronavirus and swimming pools

"I think they've been used to seeing it every single year, and I feel like part of them might be a little upset and sad to see that they didn't have a flag this year," Yeargin said.

Yeargin said wanted to make sure that the veterans and families got the recognition they deserved — at least as much as she can. She started an effort last week to raise funds and recruit volunteers to place flags at Fort Logan on their own time,

"We are just providing flags beforehand for people who are already coming here," Yeargin said.

She will hand out flags this weekend in a parking lot away from the cemetery to follow Fort Logan's social distancing restrictions and keep families and volunteers safe . She said she hopes to have at least 2,000 flags in place by Monday.

Thursday morning, Yeargin's efforts were not alone: Hundreds of flags already in place in the northwest corner of Fort Logan National Cemetery have been put there by somebody else.

> More information can be found here.

Yeargin also leads a Facebook for conservative women and said a number of the members are volunteering to place flags on their own time.

"It's a symbol of the servicemen and women who have risked their lives and have lost their lives to fight for the freedom that we're granted every day," Yeargin said.